Shawn Anderson's wife, Jennifer was in a coma for several weeks after having a brain aneurysm in May. 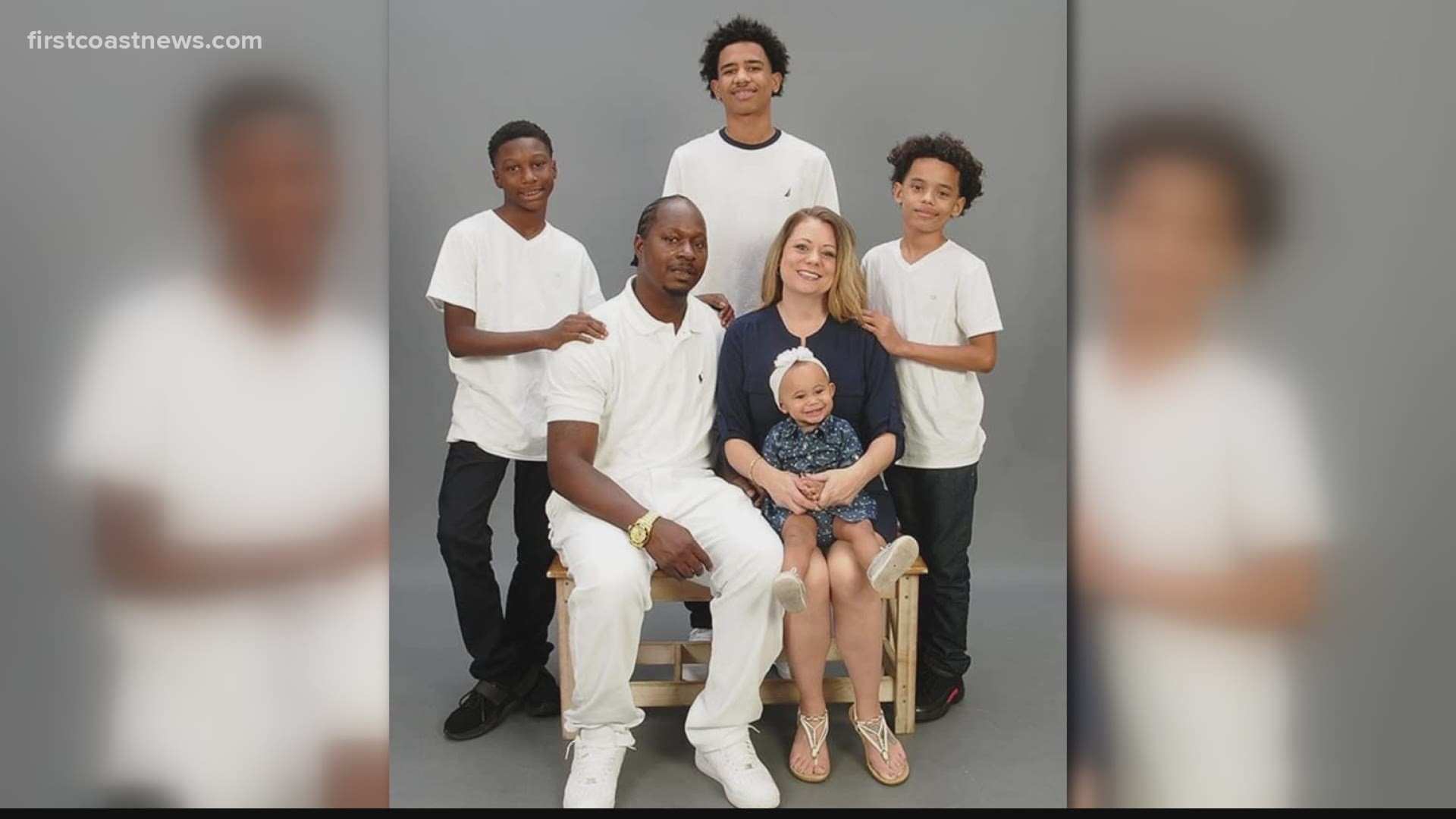 JACKSONVILLE, Fla. — A devoted mother and wife, a caregiver and a caring friend is how Shawn Anderson describes his wife Jennifer, an exceptional education teacher at Westview School.

"Jennifer is an energizer bunny. She's fun. She likes to smile. She loves hugs," he explained.

Jennifer is in rehab now learning to walk and talk again after Shawn says she suffered a brain aneurysm inside her classroom in May. He claims the school didn't get her help quick enough and he blames a school policy.

Shawn told us despite two school nurses and other staff who wanted to get her aide, only a resource officer or administrator could call 911 and that took more time.

We have not seen a copy of the policy.

"They should be held accountable for their actions or lack thereof," Shawn told First Coast News.

The family's attorney says they are considering a lawsuit, but they did file a workman's compensation claim.

"It's just unbelievable that someone can say I am the one who decides to call 911.  That's just beyond me," said attorney Belkis Plata.

She says someone should be held accountable for the time she says was missed in getting Jennifer to the hospital. She was in a coma for several weeks.

Credit: Courtesy: Shawn Anderson
Shawn Anderson says his wife Jennifer was given delayed care after suffering a medical emergency at her DCPS school in May.

"She is progressing. She is definitely a fighter, but she still can't communicate or move around without assistance," Plata said.

Shawn is also wondering why he hasn't heard from the principal.  He says his wife of three years and mother to four children deserves better.

A GoFundMe was created to help with the family's expenses.

Jennifer's insurance stopped covering the cost of her rehab after 30 days, so Shawn says she will be heading home Saturday.

First Coast News reached out to the district for comment and was told this is a human resources matter that remains under review.