A Vilonia woman’s newly discovered talent has led to a storybook for children. It features two pint-sized characters, with quite a story of their own. 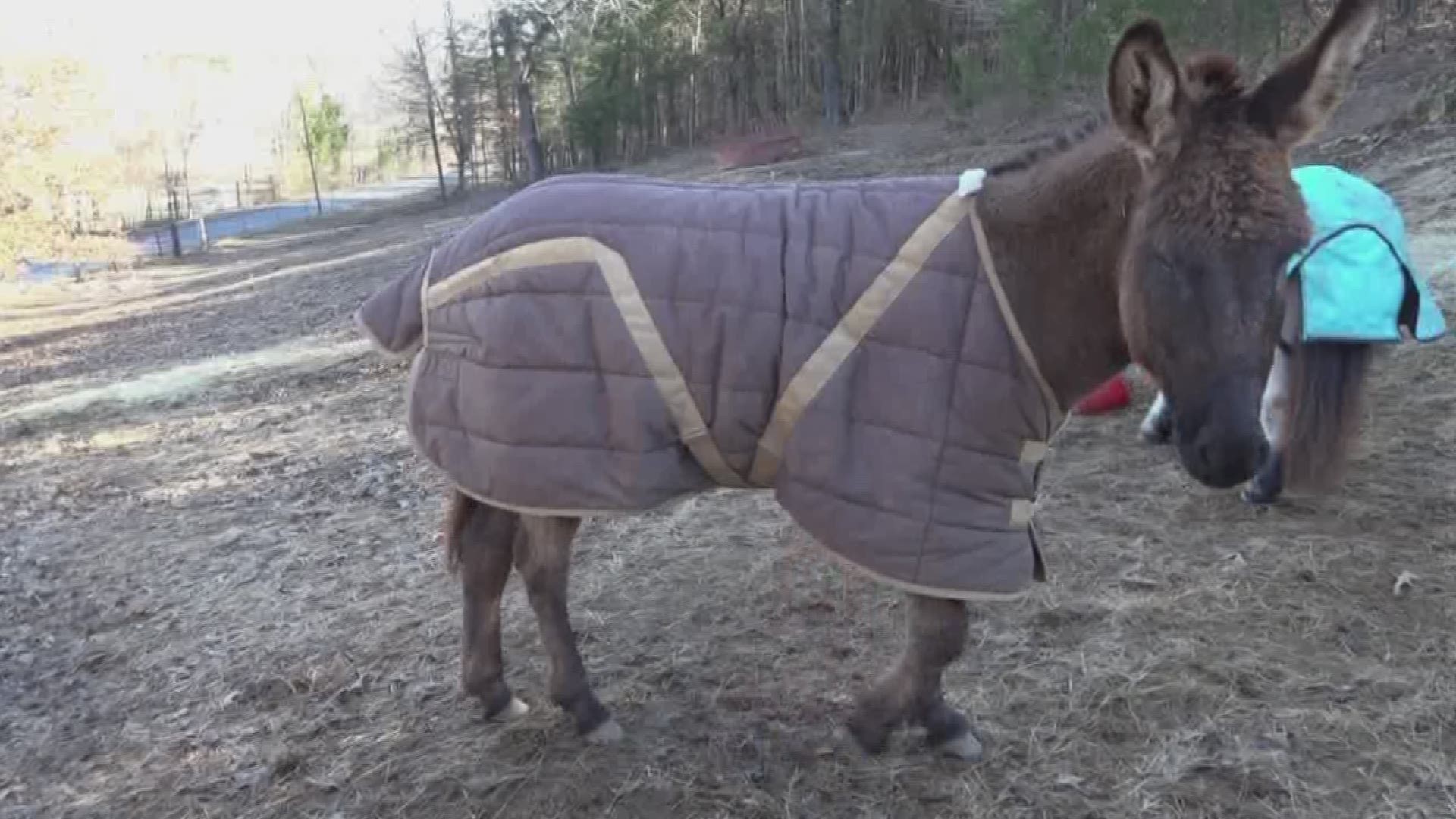 VILONIA, Ark. — A Vilonia woman’s newly discovered talent has led to a storybook for children. It features two pint-sized characters, with quite a story of their own.

Suzanne Campbell has two new loves in her life and they both stand under 35 inches tall.

“They snort a lot. They're little dragons actually,” said Suzanne Campbell. Belle and Nick are miniature horses. Campell adopted Belle earlier this year for her family's farm in Vilonia. A couple of weeks later she got quite a surprise.

“We didn't know she was pregnant either until later!” said Campbell.

Call it a two-for-one deal, now Belle and Nick are the highlights of the farm. Earlier this year Campbell, who is also a professional chef, had to have surgery. Down for the count, she picked up a new hobby, drawing.

“I could draw ponies and things like that, but I hadn't put pen to paper and drawn since I was 10. I found that ‘ok I can work with this work with that’ and then I started to draw!” said Campbell.

At the request of her grandchildren, Campbell's drawings soon turned into a children's book, called The Adventures of Belle and Nick: The Rescue Ponies. Her inspiration: her two pint-sized ponies.

After the success of her first book, Campbell decided to take on another. Just in time for Christmas, she released The Adventures of Belle and Nick: A Christmas Wish.

“It’s about them going outside and seeing snow for the first time,” said Campbell. “Actually all the drawings in the book are pictures I’ve taken all the years living here with really thick snow that looks like whipped cream. All of the pictures were taken in Arkansas.”

Campbell’s books have been sold all over the world, taking her horses from local celebs to international stardom.

“I have a lot of friends in England buying them and relatives in Australia so they are little international stars,” said Campbell.

However, for Campbell it isn’t about the money or the attention, it’s simply a way for her to share her newfound love.

“You just find that joy in doing something you never thought you could do,” said Campbell.

You can purchase either book online here. A portion of the proceeds from the sale of the books is donated to local animal rescue organizations.

RELATED: Santa's reindeer get OK from vet to make journey around the world

RELATED: Events in central Arkansas to get you excited for the holidays