It's time to recognize all the good happening in central Arkansas, and the good people doing it. All this week, we've introduced you to 'Remarkable People.' 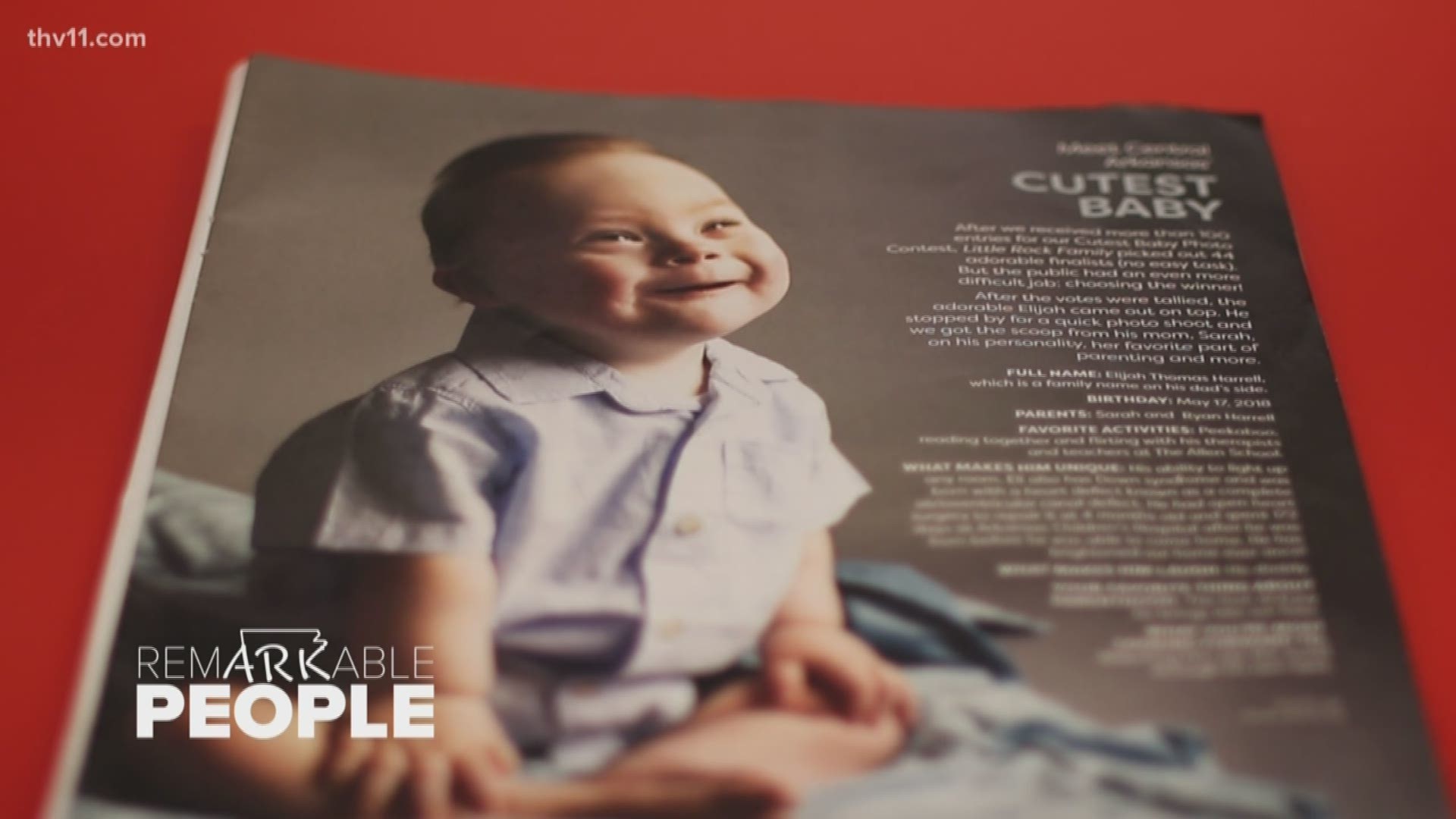 LITTLE ROCK, Ark. — It's time to recognize all the good happening in central Arkansas, and the good people doing it. All this week, we've introduced you to 'Remarkable People.'

Today, we meet a baby who will make you smile. Meet Eli.

"That started off the wonderful story of Eli," said Eli's dad, Ryan Harrell, as he talked about his baby's experiences.

A story that began when Eli decided he couldn't wait to come light up the world. He decided he was going to be born early.

Eli's mom and dad already knew about his Down Syndrome diagnosis, but they weren't prepared for what doctors told them: Eli wouldn't be able to cry.

They also wouldn't be able to see him or hold him, but Eli was having none of that.

"He came out breaking the rules," Ryan smiled. "He was crying, we got to hold him and see him."

The earliest chapters of his story were spent in the NICU.

"We couldn't stay with him in the hospital the first fourth months of his life," Ryan said. Months of medical complications were piling up, and then, "August 31st, I'll never forget that day. His heart had stopped."

Eli was rushed to surgery. But couldn't be operated on because-on the way-he had a seizure. Eventually, he was strong enough for surgery, and after 172 days, Eli took his first car ride home.

"I remember telling my wife, we did it," said Ryan. "High five! That was night one."

With a smile that can only be described as infectious.

"He smiles from his toes," explained Gigi's Playhouse director Katy Sursa. Gigi's is a Down Syndrome achievement center. "It starts down deep and his whole body it just comes to life and it's just a beautiful thing," she continued.

When Little Rock Family Magazine asked readers who is the cutest baby in central Arkansas, Eli "knocked it out of the park," remembered Ryan. Eli was the overwhelming choice.

"Before Eli was born I had no idea what Down Syndrome was," Ryan admitted. "It was a scary thing. Now that I know, I wish everyone could know someone with down syndrome. It's a wonderful thing."

"They just make the world a better place," added Sursa, who also has a daughter with down syndrome, "and if we can get that out there, the world will change their mind."

Take a look at this billboard in New York City's Times Square. That's Eli and his dad. The smiling faces of what down syndrome really looks like.

"My hope for Eli," Ryan explained, "is the world sees Eli the same way I see him. There is no disability."

And as Eli's story continues, we hope the world does see him as nothing less than one Remarkable Person.

Eli's dad says the doctors have told him Eli should never have to have another heart surgery. If you'd like to be inspired by remarkable kids like Eli, Gigi's Playhouse is looking for volunteers.

Welcome to GiGi's Playhouse - Little Rock
GiGi's Little Rock needs you! We need everything from bean bags and activity tables to toys, musical equipment, and cleaning supplies. Check out our Amazon Wishlist to give what you're able and make your mark on our Playhouse. And if you have a Remarkable Person you'd like for us to feature, reach out to Rob Evans on social media at @RobEvansTV.

RELATED: Jacksonville teacher goes beyond the classroom with free food pantry for students