Daniel Allen said that while he's doing something unfamiliar and getting paid a lot less, he's learning some life lessons he wanted to share. 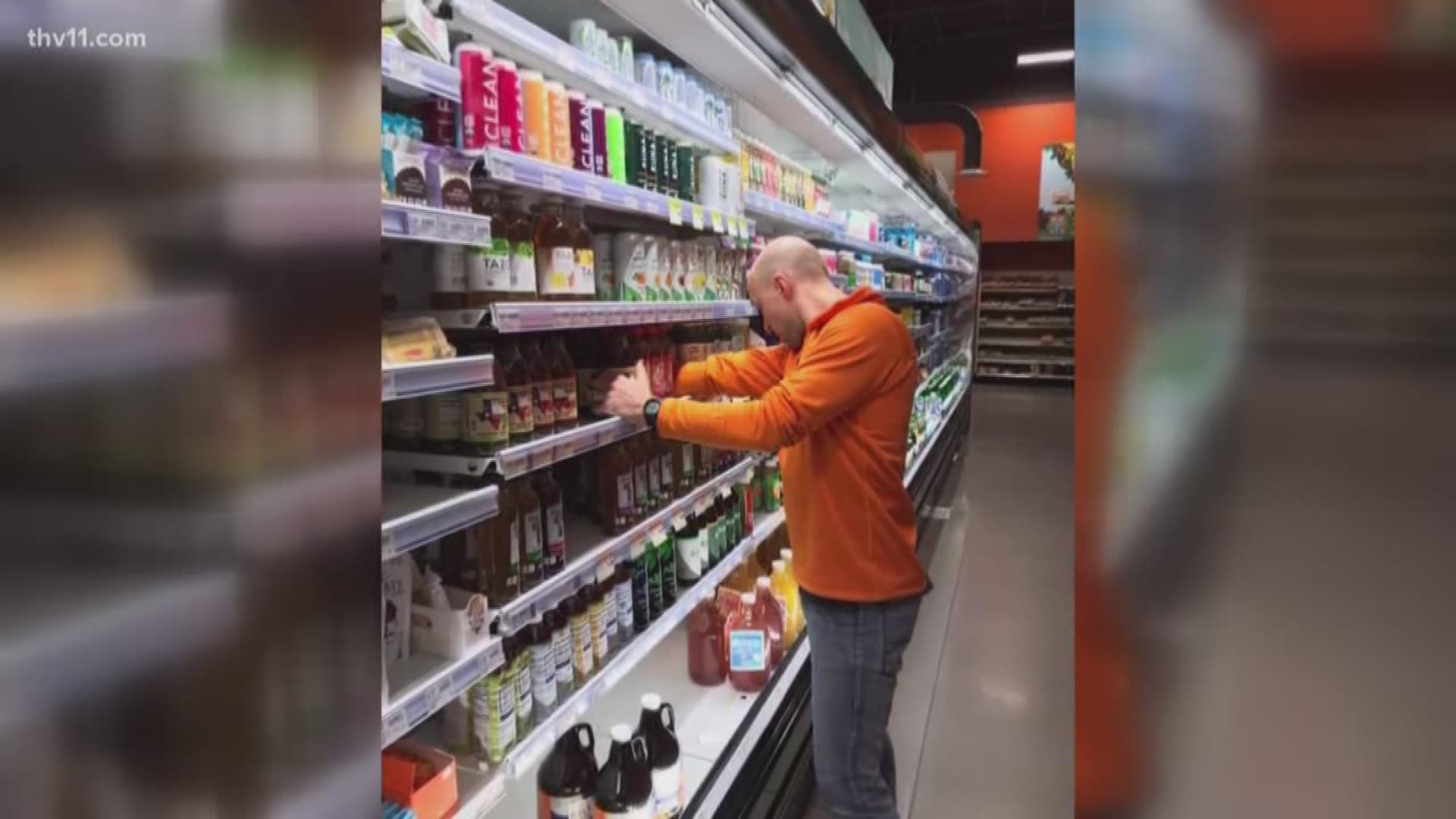 LITTLE ROCK, Ark. — A central Arkansas man who’s spent his life building a career as a gym coach, now finds himself stocking grocery aisles and teaching us all a lesson while doing it.

Daniel Allen's passion and career can be found at Empire Cheer in Benton, coaching young girls and boys to their best potential.

But after the state demanded gyms to close last week, Daniel, like many others, was left without a job and looking for supplemental income.

"It was difficult to walk in, put an apron on, and be told what to do,” said Allen.

He got a job at Natural Grocers on Tuesday to continue to provide for his wife and children, something he thought he'd never have to do.

"I saw people were showing up with masks on, wiping stuff down,” said Allen.

He captured his first day on the job stocking shelves and freezers. He found out quickly it’s not anything like spotting a back flip or tossing a cheerleader into a stunt.

"I started my day with some North Face gloves in the freezer section because I was freezing my butt off,” said Allen. “Being a stocker is kind of hard. My hands hurt."

I asked Daniel why he shared this moment on social media.

He said while he's doing something unfamiliar and getting paid a lot less, he's learning some life lessons he wanted to share.

"The reason I’m on here is because I want people to know it's okay to be humbled,” said Allen. “I know it's a challenging time and it's difficult for all of us.”

He's looking forward to returning to the gym hopefully one day soon, but for now, he'll keep learning something new and striving to be better.

"It was hard driving to this job,” said Allen. “But I will say, if it doesn't challenge you, it won't change you."

RELATED: Nearly 20,000 Arkansans have applied for unemployment during coronavirus pandemic