Alex To was chosen out of thousands of embryos at a donation center in Knoxville.

DENVER — A Colorado family is celebrating the birth of their second son. What makes this story special is how long baby Alex spent waiting to come into this world.

“He is an embryo-adopted baby, which to some people is something they have never heard of,” said Michele To, Alex’s mother. “I had never heard of it until we did it.”

Alex is unlike most babies his age. In fact, he’s far older than he may look. 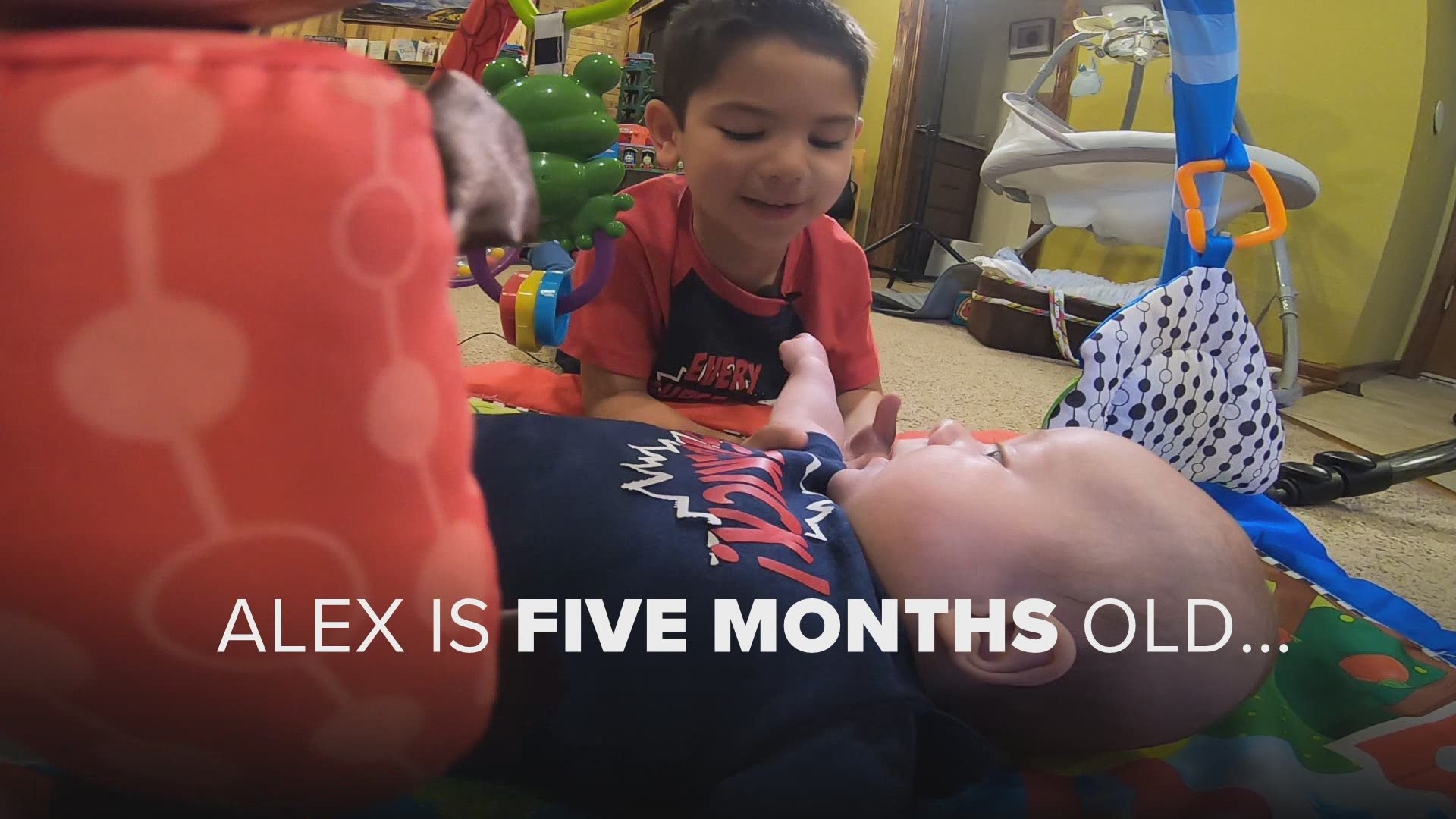 For nearly two years, Alex waited as a frozen embryo for a family to come adopt him. His embryo was one of the thousands of fertilized embryos at the National Embryo Donation Center in Knoxville, Tennessee.

“He’s been conceived for 2 1/2 years,” Michele To said. “To just know that somehow, through all of that, we chose him. And his family was kind enough to donate the embryo to where we were able to have him. Now he’s ours. He’s our own.”

Michele and her husband Bobby To used in-vitro fertilization to have their first son, Lathan, but were looking at adopting to add to their family. Embryo adoption allowed Michele and Alex to bond in a way only mother and child can.

“He’s like he’s ours, he’s like our blood,” Michele To said. “For us, it was ideal because we were able to actually carry the child.”

Before he was placed inside Michele, the fertilized embryo sat in a lab for nearly two years. The Tos flew to Tennessee to pick up the embryo. When it comes to choosing the embryo, there are certain characteristics you can and cannot pick.

“There’s a lot that you’re able to know but some of it is up to chance. They’ve even got things like the hobbies of the biological parents and their eye color and blood type and that kind of thing. There are a handful of embryos that were genetically tested so it’ll have on there what the gender was.”

The fertilized embryos are frozen after couples go through IVF. The process can often yield extra fertilized embryos, which can either be disposed of or frozen. For the Tos, the chance to give life to a frozen embryo was something they could not pass up.

RELATED: Infertility affects one in 10 couples

Credit: Marc Sallinger, KUSA
Alex To and his brother bond.

“We felt like we were giving this child an opportunity to come to fruition and breath fresh air and come to life,” said Bobby To, Alex’s father. “This was such a unique way that we could add a child to our family.”

“I remember the first day I had him,” said five-year-old Lathan To, Alex's brother. “I wanted a brother.”

As the kids grow up together, the Tos are prepared for all the questions that may arise, including staying in contact with the embryo donors.

One day, the Tos know they’ll have to explain to Alex just how special he is -- a baby who has been around for far longer than it may look.

“We do have an open adoption where we know about his family, his genetic family," Michele To said. :We are creating annual updates and we have a book that talks about being chosen and loved. That way he knows that his genetic family loved him enough to donate and let us be able to adopt.”