'One pedal at a time': Cyclist on cross-country ride to spread message of hope

Daniel Hurd wanted to share his story, so he got on a bicycle and started riding. 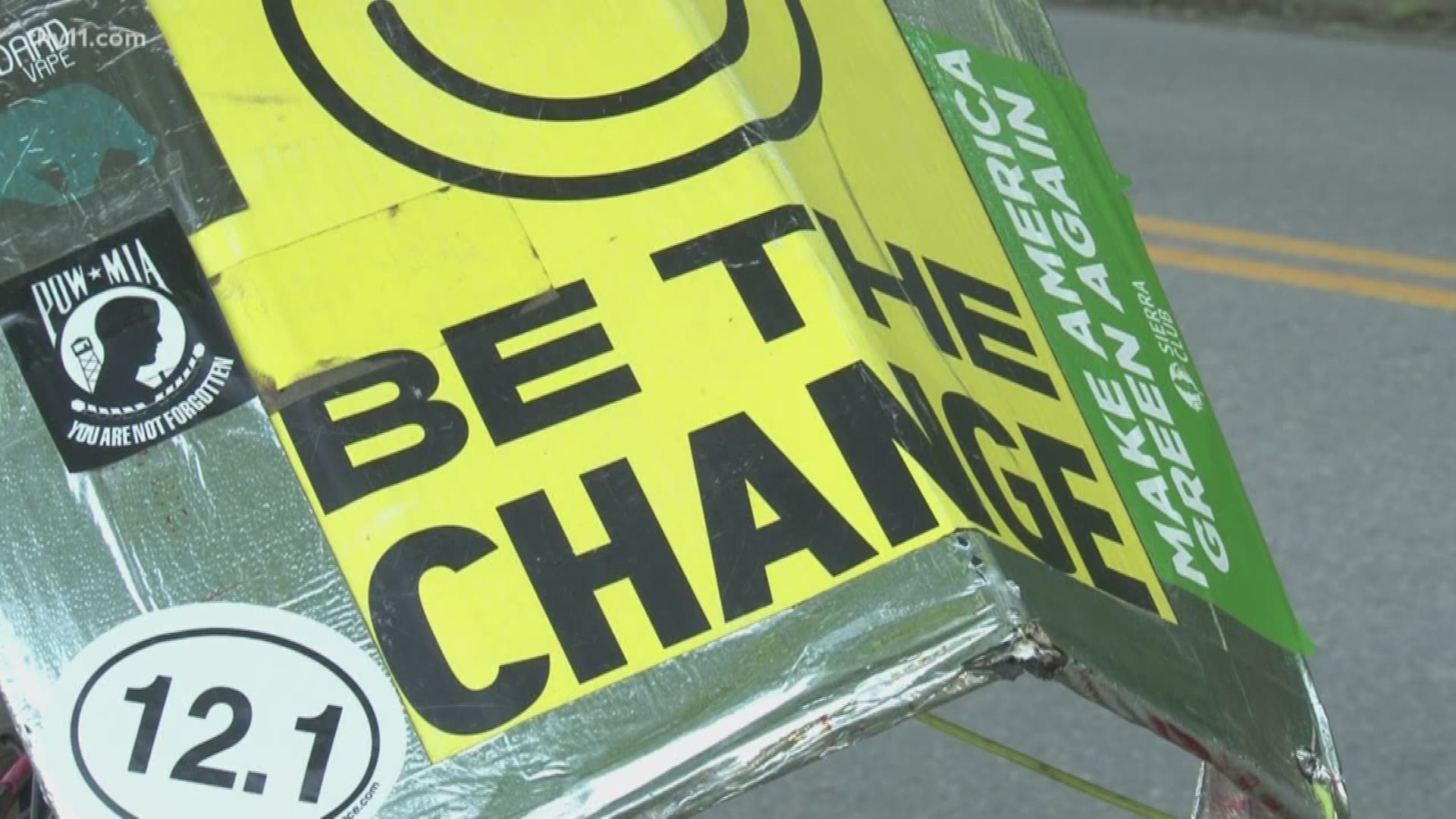 Daniel Hurd wanted to share his story, so he got on a bicycle and started riding.

“Every day is progress as long as I make a pedal,” he said.

Hurd stopped in Little Rock on Friday as he makes his way east on a 3-year, 25,000-mile journey through the continental United States. He hopes to spread a message of suicide prevention -- a message inspired by his own experiences.

Hurd is also a veteran and former drug user who has previously attempted suicide. He urges people who are struggling to tell those around them.

“I go around; I just talk about it in casual conversation nowadays, get people to understand how important it is to talk if you're struggling,” he said. “That's why I tell my story so they can say: ‘wow my story is not as far off as I thought it was. I'm not the only one.’”

And he says a listening ear can make all the difference for someone in crisis.

“It’s important to listen – if you’re in healthy mind – to be willing to listen. You don’t have to be able to fix their problems, but listening is the best cure for most people.”

Hurd is chronicling his journey online in hopes of connecting with even more people. His “Ride With Dan USA” Facebook page provides regular updates on his location and acts as an outlet for conversation.

On Sunday, Hurd plans to begin a two-day trek from Little Rock to Memphis. Tennessee marks his 23rd state on the journey, which he expects will take about two more years to complete.

“One pedal at a time; that's a big thing,” he said. “It's about living in the moment and that took me a long time to realize.”