The owner of Motley's Tree Farm said some people even asked to buy trees in October. 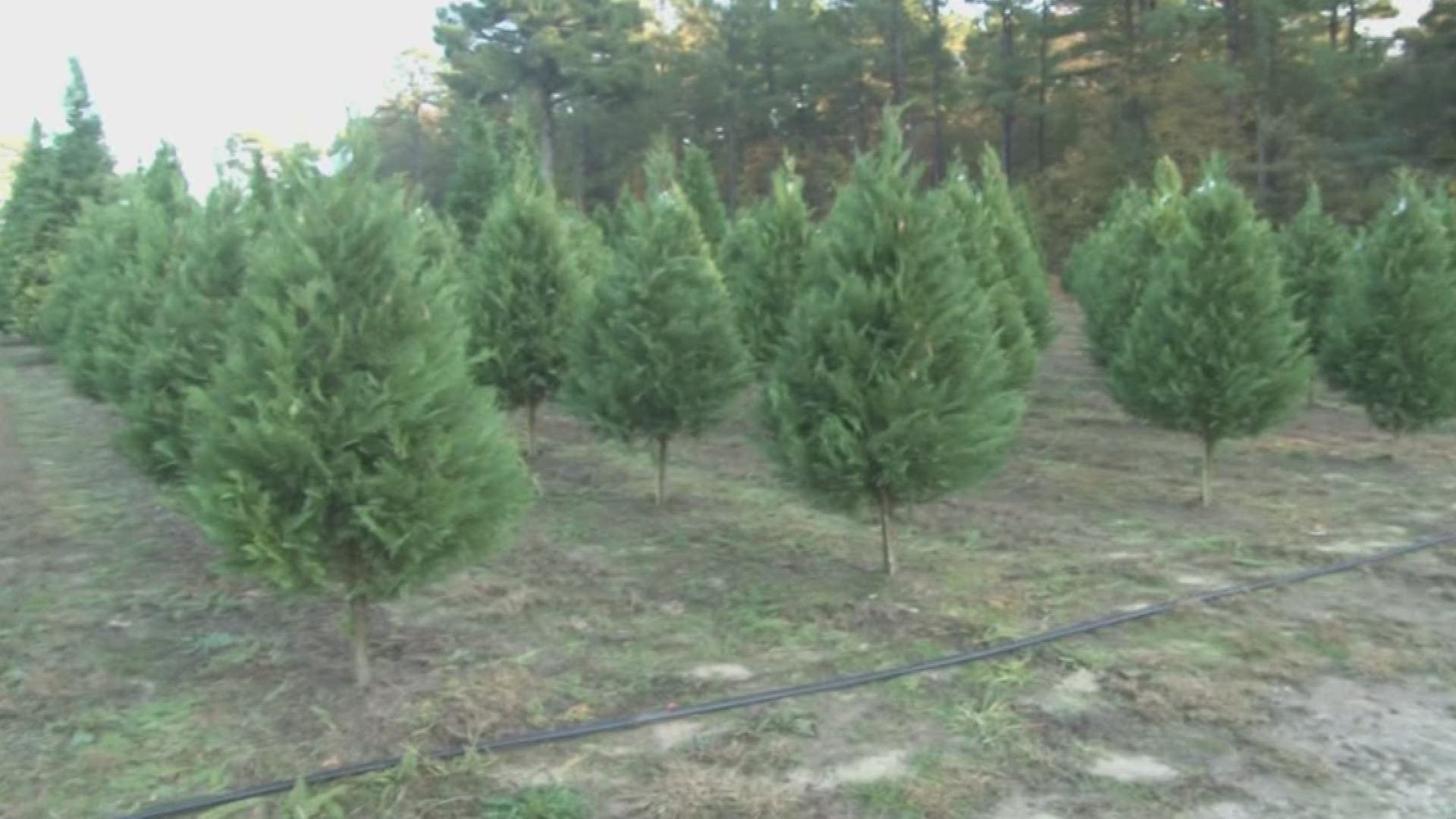 LITTLE ROCK, Ark — Christmas Day is 49 days away, but for many people, the Christmas season begins earlier and earlier as the years go by.

One local tree farmer said he is getting constant calls from people who are itching to pick out their tree.

“We have to have an answering machine on,” Randy Motley, owner of Motley’s Tree Farm, stated. “The phone rings off the wall, wanting to know, when is the first day? When are we open?”

The answer, this year, is that Motley’s will open on Saturday, November 23.

“We open now the weekend before Thanksgiving,” he said. “We do that by demand. Our customers over the years have decided that that’s when we need to be opening, so we do it. We fought it a little bit, but you know, we just go by what the customers want. We don’t dictate the trend, we just follow it.”

Motley said, though, that if some people had their way, they would get their Christmas tree in October.

“Actually, during pumpkin patch season, a lot of people want to go ahead and pick their tree out then,” he mentioned, “and we don’t let them! We make them wait until the weekend before Thanksgiving.”

As it is, Motley only gets a couple weeks to switch his property being from being a pumpkin patch to a tree farm. He gets a couple days more this year because Thanksgiving falls as late as it can, but he said he and his staff must work as hard as possible to complete the transition.

When the farm reopens, he sees a lot of extended families and thinks togetherness may be one reason why some people are eager to begin Christmas season as soon as possible.

“They like to start their Christmas just before Thanksgiving or Thanksgiving weekend because they have relatives in town that may not be back for the Christmas holiday,” he explained.

The other reason why Motley believes so many people start Christmas season early is that it is seen as the antithesis of the busy, stressful lives so many of us lead.

“You come out here, you’re going to slow down a little bit, enjoy the day with the family,” he said. “You know, we’ve been doing this for almost 40 years. We see families come out now where one of the adults came out as a child and helped cut their tree down, and they remember that, as a child. Thirty years later, they come out here with their children. And they tell me about their experience that they had out here as a child so long ago."

“They come here and they make memories. Our farm is all about the experience, it’s about making family memories. And that may be why people come early. They want, they’re hungry for the Christmas experience,” he added.

Motley said it is worthwhile for him to open the tree farm the weekend prior to Thanksgiving, but the weekend after Thanksgiving and the first weekend of December typically account for 70% of his yearly tree sales.

“If you’re not a shopper, if you don’t like Black Friday, come to the Christmas tree farm,” he said. “It’s a lot more fun!”

Motley said the weather this year in Central Arkansas was perfect for fir trees, so he has an above-average supply of large trees this year. He said he has 2,000 that are homegrown, with another 1,500 arriving soon from farms in North Carolina.

He said some people have asked him to open the farm earlier than he does, but redecorating after the pumpkin patch closes keeps him too busy, and he does not think enough people would shop for trees to make it worth his while.

So, no matter how much Christmas spirit someone may have, they will have to wait another two weeks to get the perfect tree.

RELATED: Starbucks holiday cups will be back this week