Volunteers are being sought to help in a 3-day planting project in late February, culminating on what would have been Lewis' 81st birthday. 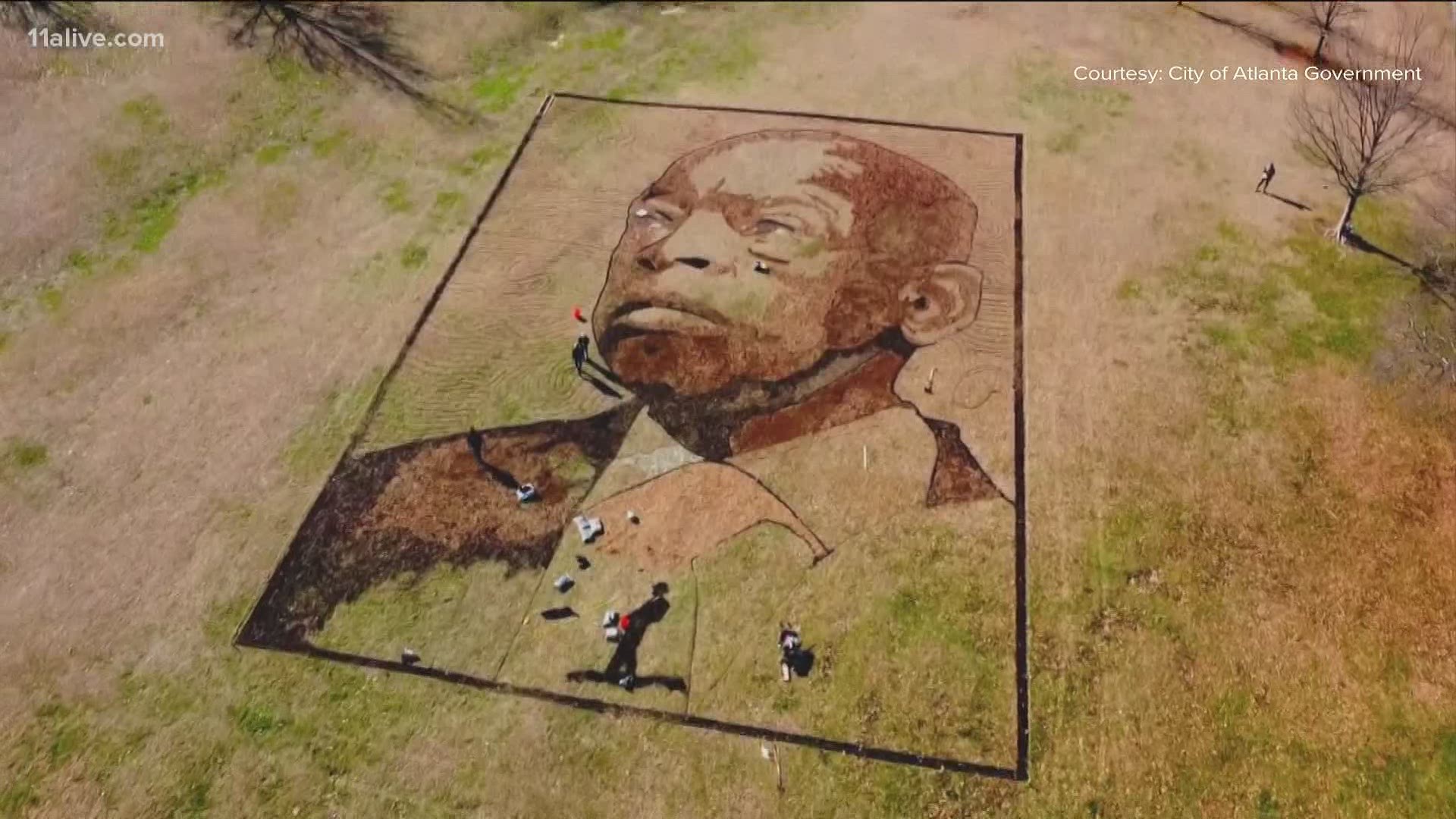 ATLANTA — A living tree tribute to the late Congressman John Lewis is in the process of being created in Atlanta's Freedom Park.

Hundreds of blooming plants, including more than 300 blooming trees, along with flowering shrubs and fields of daffodils are going to be planted as part of the first phase of a multi-year project.

A 3-day volunteer planting project is scheduled for the weekend of February 19, 20, and 21. Sunday, February 21, would have been the civil rights legend's 81st birthday.

The trees and flowering plants have been selected for their early blooming in the late winter months to celebrate Lewis' birthday with a spectacular blooming event each year.

The desire to honor the life and legacy of Lewis inspired the Freedom Park Conservancy, Trees Atlanta, and the National Center for Civil and Human Rights to join their collective commitments to community stewardship, urban tree cover, and civic storytelling.

"Freedom Park has an important legacy in the areas of art, activism and nature, and this tree installation will honor John Lewis and allow us to reinforce his legacy for future generations," said Harriet Lane, chairperson of the Freedom Park Conservancy. "Today, John Lewis Plaza within Freedom Park is anchored by the 'The Bridge,' a work of sculptor Thornton Dial, which represents Congressman Lewis’ lifelong quest for the advancement of civil and human rights.”

Over a five-year period, the Freedom Park Conservancy will lead the effort to extend the Flowering Forest with additional hundreds of blooming trees through Freedom Park, the largest linear park in the City of Atlanta, along the length of John Lewis Freedom Parkway to Boulevard. Tree selections will include mostly native varieties of redbuds, magnolias, dogwoods, yellowwoods, buckeyes, fringe trees, and other flowering species.

“Congressman Lewis sowed seeds of hope and equity. His life’s work was an undaunted fight for civil and human rights — without prejudice or exception. The National Center for Civil and Human Rights is honored to join this partnership to celebrate John L. Lewis’s legacy and to serve as a tangible reminder of the beauty that can grow from a commitment to stay in good trouble," said Dr. Kalinda Lee, head of programs and exhibitions for the National Center for Civil and Human Rights. "We look forward to sharing the Congressman’s story to inspire the changemaker in each of us.”

Volunteers will have to register in advance through Trees Atlanta in order to participate on that Friday - Saturday - or Sunday.

“This February’s planting will create a natural annual blooming event that celebrates a great man who represented Atlanta for nearly four decades," said Greg Levine, co-executive director of Trees Atlanta. "Our tree tribute will continue growing for generations to honor his impact on social justice.”