House Speaker Pelosi held back tears as she remembered the historic civil rights icon and leader. 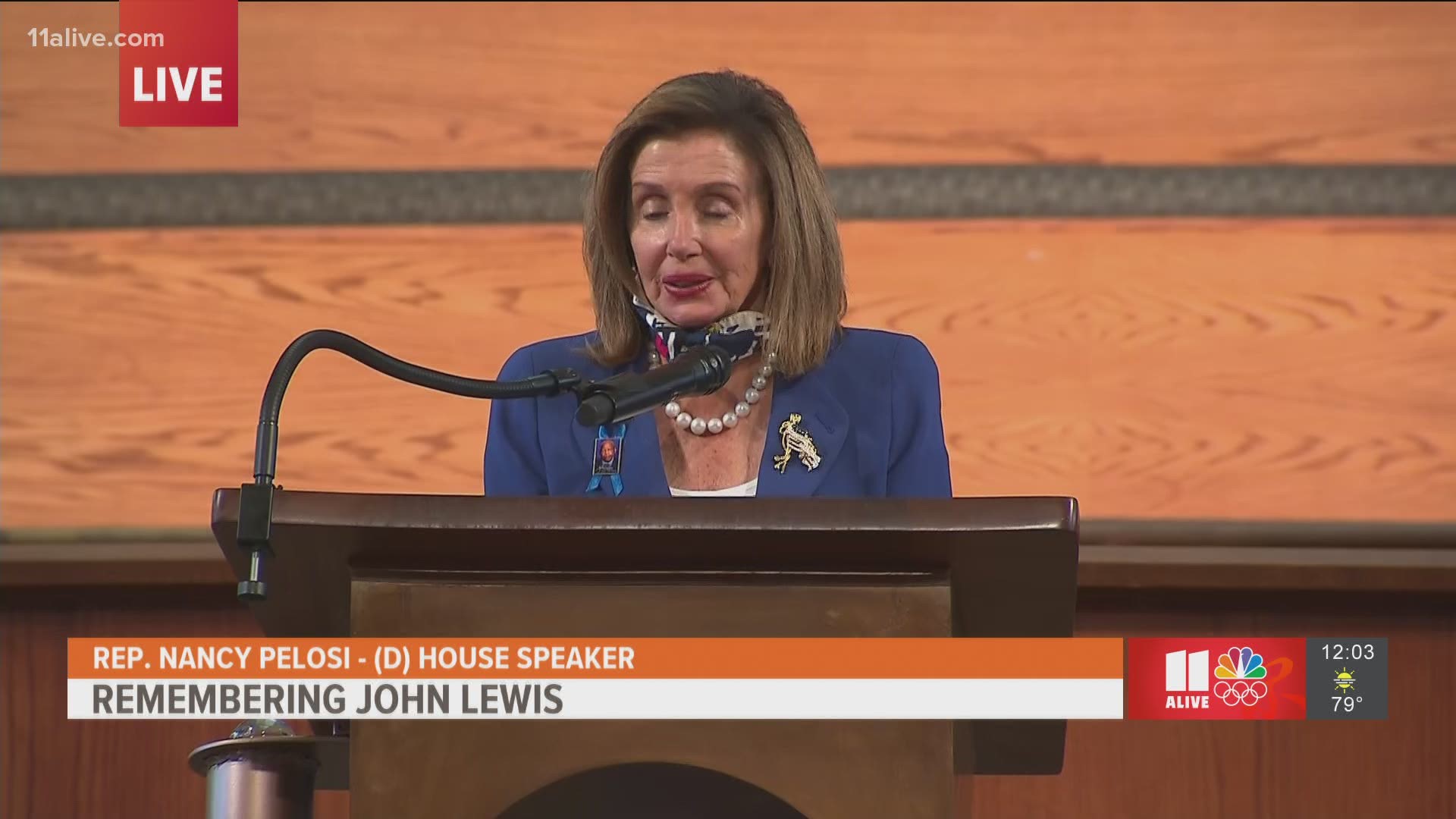 During her speech Pelosi reflected on the 30-plus years she served in Congress with Rep. John Lewis - who represented Georgia's 5th Congressional District - and the lessons the civil rights icon left with the legislative body.

Pelosi asked the 50 members of Congress that were in attendance to honor the life of the late John Lewis to stand.

“John convinced each on of us that we were his best friends on Congress, and we come with a flag, flown over the Capitol the night that John passed," Pelosi said, pausing as she began to hold back tears. “When this flag flew there, it said good-bye. It waved good-bye to John, our friend, our mentor, our colleague - this beautiful man that we all had the privilege of serving with in the Congress of the United States."

Pelosi said Lewis "wanted us to see the civil right movement through his eyes."

"He taught us so much and took us to Selma,” she said, adding that the Congressman wanted them to see how important non-violence was.

The House Speaker continued, saying that Lewis always “insisted on the truth."

Pelosi recalled the night Lewis laid in U.S. Capitol, and compared the Congressman to US President Abraham Lincoln, explaining how Lewis's casket rested atop the catafalque built for Lincoln's funeral in 1865. Pelosi said the two had many connections and were both very good politicians.

In her final words, Pelosi referenced Congressman Lewis’ message to young people “together you can redeem the world” from an article in The New York Times. In it, Lewis urged them to “answer the highest calling of your heart and stand up for what you truly believe in."

1 / 52
Alyssa Pointer/Atlanta Journal-Constitution via AP, Pool
The scene is set for the funeral service for the late Rep. John Lewis, D-Ga., at Ebenezer Baptist Church in Atlanta, Thursday, July 30, 2020.