'My name is Earl, but people know me as DMX': Rapper pays for Maine family's shoes before show

X wasn't kidding when he said he'd give it to ya. 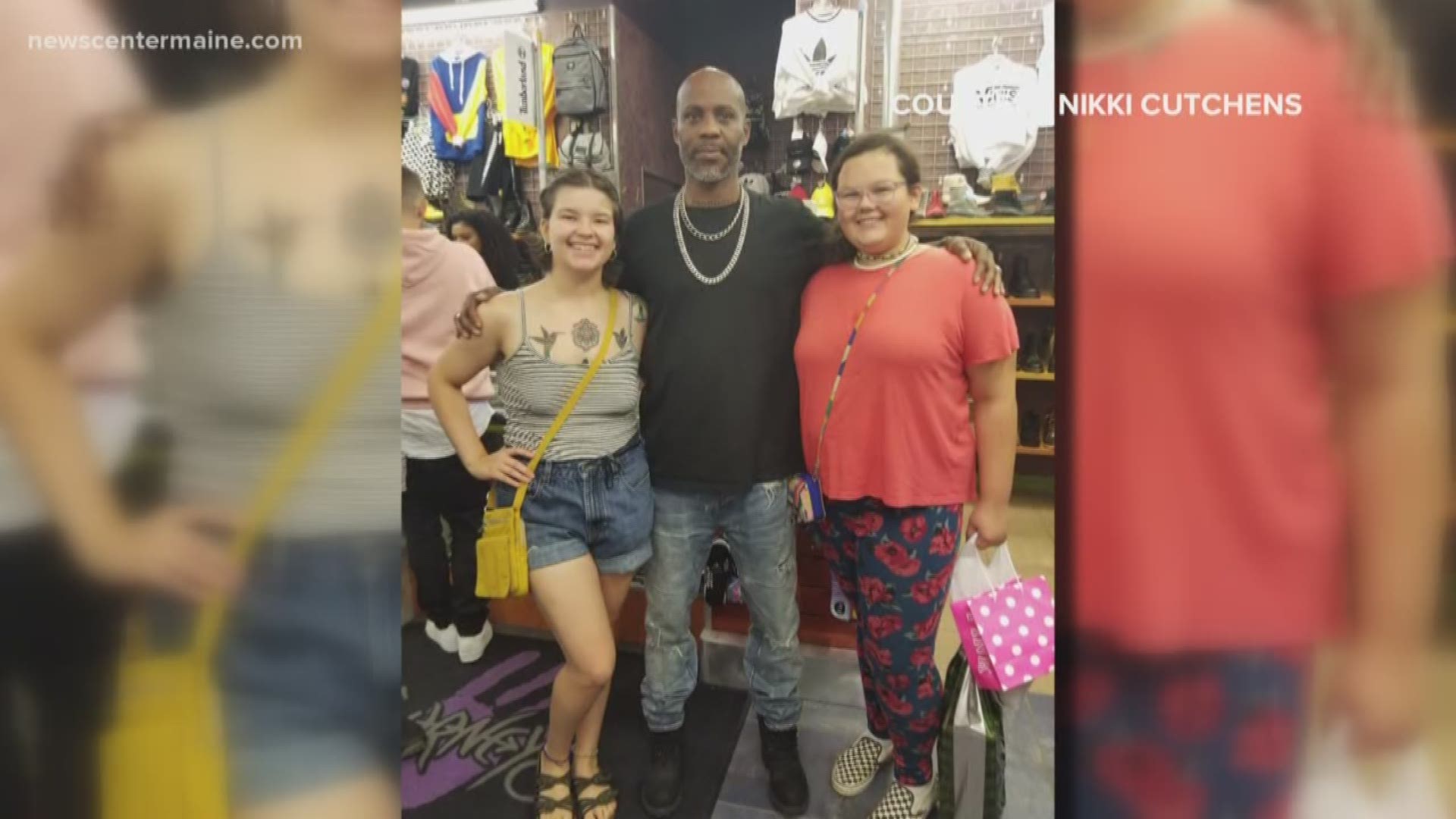 SOUTH PORTLAND, Maine — Stop. Drop. Use your means to pay it forward.

That's what a 48-year-old man did Saturday for Nikki Cutchens and her two daughters at The Maine Mall in South Portland — an initially unknown father who could, regardless of his fame or status in society, relate to their situation.

Cutchens said they were in Journeys, a shoe store, when a man beside them at the register asked if they were school shopping. She told him, "yes."

The man sympathized with her, Cutchens said, and told her he had 15 children of his own. Then, he offered to pay for their shoes.

"When I told him I couldn't let him do that, a girl yelled from the back of the store, saying, 'Girl, yes you can!" she said.

The man insisted, telling Cutchens he was a rapper and performer blessed with the life he has lived, and that he wanted them to be blessed, too.

Cutchens said her eldest daughter thanked him and asked him his name. He replied, "My name is Earl, but people know me as DMX."

"My jaw dropped," Cutchens said. "I was stunned."

A three-time Grammy Award nominee known for his deep, raspy voice and iconic bark samples, Earl Simmons' five consecutive No. 1 album debuts from 1998 through 2003 is a record among all recording artists in the music industry.

At this point, Cutchens said her daughters knew the man was famous, but still weren't quite sure who he was. One posed behind him for a picture.

DMX said he was buying shoes himself for a performance that night at Westbrook's Rock Row. Fellow rapper Wiz Khalifa was originally slated to headline the Aug. 31 "Hot Summer 2019" show, but cancelled due to injury.

Cutchens and her daughters thanked DMX, hugged him and left the store. She promptly googled the rapper to show her daughters, so they could understand.

Later, while walking back by Journeys, Cutchens said DMX was still there taking pictures with people in the store. So she and her daughters went back in and asked if they could get one with him. "No problem, of course," he told them.

"He was so incredibly nice about all of it," Cutchens said. "It was just totally crazy and we are so grateful."