The hundreds of firefighters sickened after working at Ground Zero gives a spotlight to the need for cancer support. 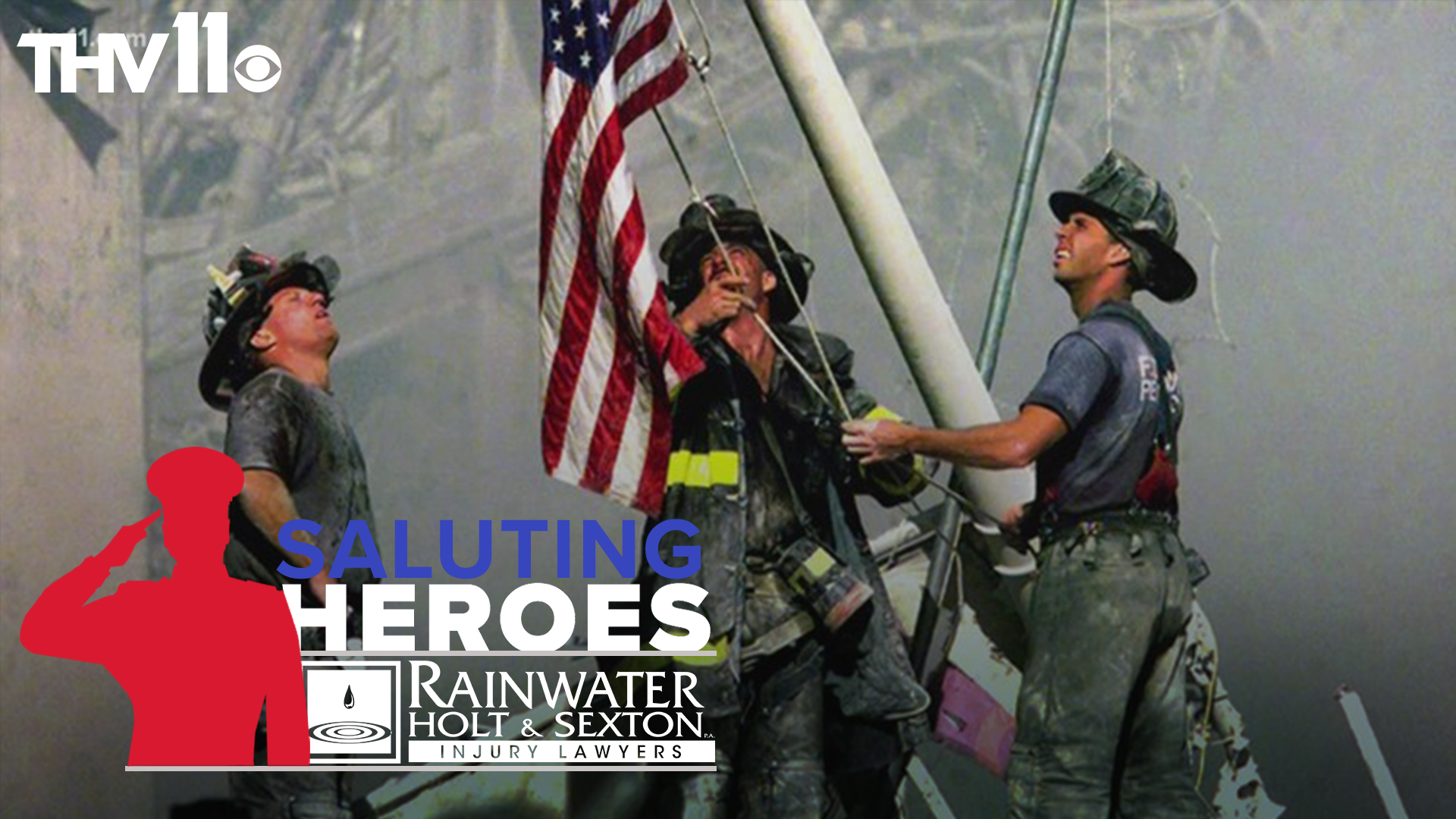 LITTLE ROCK, Ark. — The 20-year anniversary of the September 11 terror attacks led to retrospectives across the country. They also helped spotlight the many dangers faced by firefighters and first responders after the disaster.

A significant number of workers who spent days sifting through the rubble of Ground Zero became sick with cancer and other illnesses. It led to heightened awareness by the general public about similar dangers firefighters face everyday after the fire is put out.

"It's really amazing to see the number and the percentage of people that have colorectal cancer, thyroid cancer, throat cancer, and the numbers are just devastating," said Curtis Dunn, the regional director of the national Firefighter Cancer Support Network.

Over 20 years, a culture change has swept over the fire service, born in the deadly aftermath of the terror attacks. That change is illustrated by names on memorial walls across America.

Those numbers have stayed steady through to today and they speak to a crisis that many, even in the fire service, were slow to recognize.

These men and women sign up to handle crisis by rushing into burning buildings, but it's taken some time to recognize that working amid smoldering, damaged buildings - surrounded by cancer-causing gases - is just as dangerous.

"It's something that now, we're all aware of versus a decade ago when I started in the fire department," said Matthew Stallings, a Little Rock firefighter and leader with the local union.

The state's fire professional associations have worked to educate their brothers and sisters about cleaning their gear and decontaminating after a fire, while also working to win support from lawmakers because the costs of these crises are expensive now and in the future.

Their efforts yielded Crump's Law, an act passed by the legislature in 2019 that recognizes cancer as a line-of-duty illness, sets up a disability system and provides additional leave to fight the disease.

But Stallings and Dunn point to another need: financial support.

"There are so many GoFundMe pages out there," Dunn said. "So many places that people go to credit unions and try to set up things for these people."

Dunn's group specializes in supporting firefighters once they get a diagnosis.

They send out a "tool kit" filled with resources on what to expect and where to turn, including a "buddy system" where a cancer survivor from within the organization is available to answer questions, or even just talk.

"It's good to have somebody that can tell you, 'Hey, I had what you had and I survived," Dunn said.

But a supportive tool kit can only do so much, and the many different kinds of firefighters, from big cities to small volunteer districts, present challenges.

"How do we help volunteer guys," asks Stallings. "And so, that's how the Arkansas Firefighter Cancer Relief Trust Fund was born."

It's a charitable fund, set up by the legislature around the same time as Crump's Law, but it has taken some time to actually fund the Fund.

"We would like to see a point where we're not only taking care of the firefighter who gets sick, but hopefully we can offset any costs that are incurred based on his absence," said Stallings.

The main sources of funding have been through annual 9/11 events like a stair climb and 5K race, but now it's time to take the momentum from the 20th anniversary.

"We recognize that there's always going to be a need for firefighters to go into burning buildings to put out fires. That's not going to change," Stallings said. "Through all the awareness that we have, we know that we're going to get sick at a higher rate, but we're all still here. We're all still doing this job."

For more information, click Firefighter Cancer Support Network, the Arkansas Professional Fire Fighters and to donate to the charity, the address is: