Arkansas Run for the Fallen honors veterans with annual run

The nonprofit puts on an annual one mile run for each Arkansas hero lost. 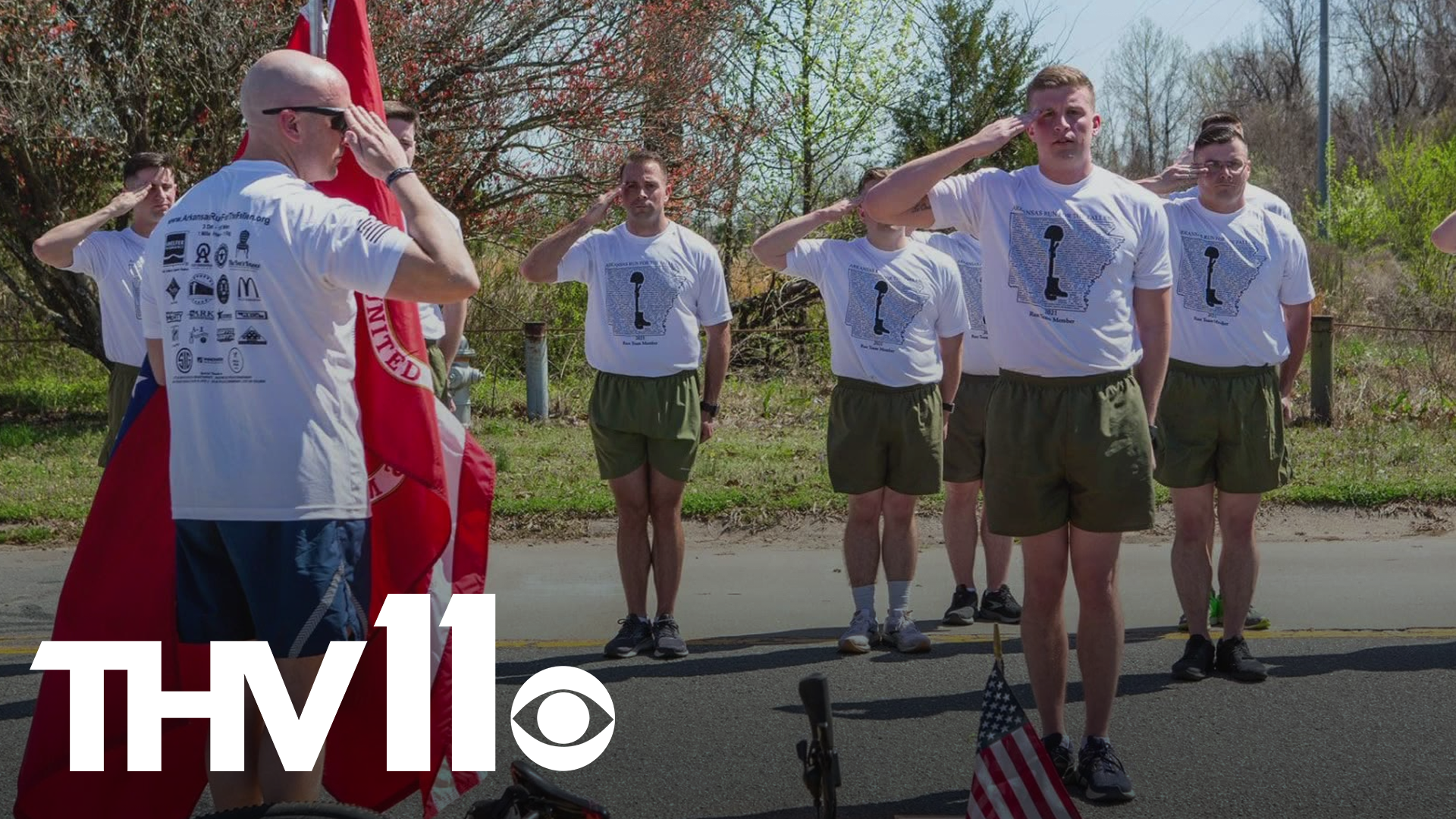 LITTLE ROCK, Ark. — Monday is Memorial Day — a day to remember those who gave everything.

If you're looking for a way to honor the men and women we've lost, you may want to meet Arkansas Run for the Fallen.

Bubba Beason has spent the majority of his life serving his country in the US Air Force. Five years after his retirement, he continues to serve, with Arkansas Run for the Fallen.

"Basically," he explained, "we want to honor all Arkansans killed since 9/11 while on active duty."

The nonprofit puts on an annual one mile run for each Arkansas hero lost. "This last year," he said, "we did our tenth run, and it was 150 miles."

At each mile, they stop and put out an American flag and a little background on the fallen. They also help put together Wreaths across America.

"That's pretty much one of our biggest ones," he said.

They take over Little Rock National Cemetery with 21,000 heroes each December.

"And it's our wish and our duty to cover every one of those headstones with a live wreath." "It's so beautiful," he continued, "you've seen Arlington National Cemetery. Little Rock National has that same feel to me."

"It's a special thing as a vet to know one day I could be buried and I hope that someone would say my name and place a wreath for my service in the military."

There's also a memorial that they're setting up in Maumelle for Memorial Day, honoring the fallen.

Bubba's only ask of you on this Memorial Day is a simple one: "If the public can just come out and see that," he asked, "and read their stories. Because every one of those guys had a life."