Back the Blue 176 is a group that has taken lessons learned over the past year and is focusing on the future of policing. 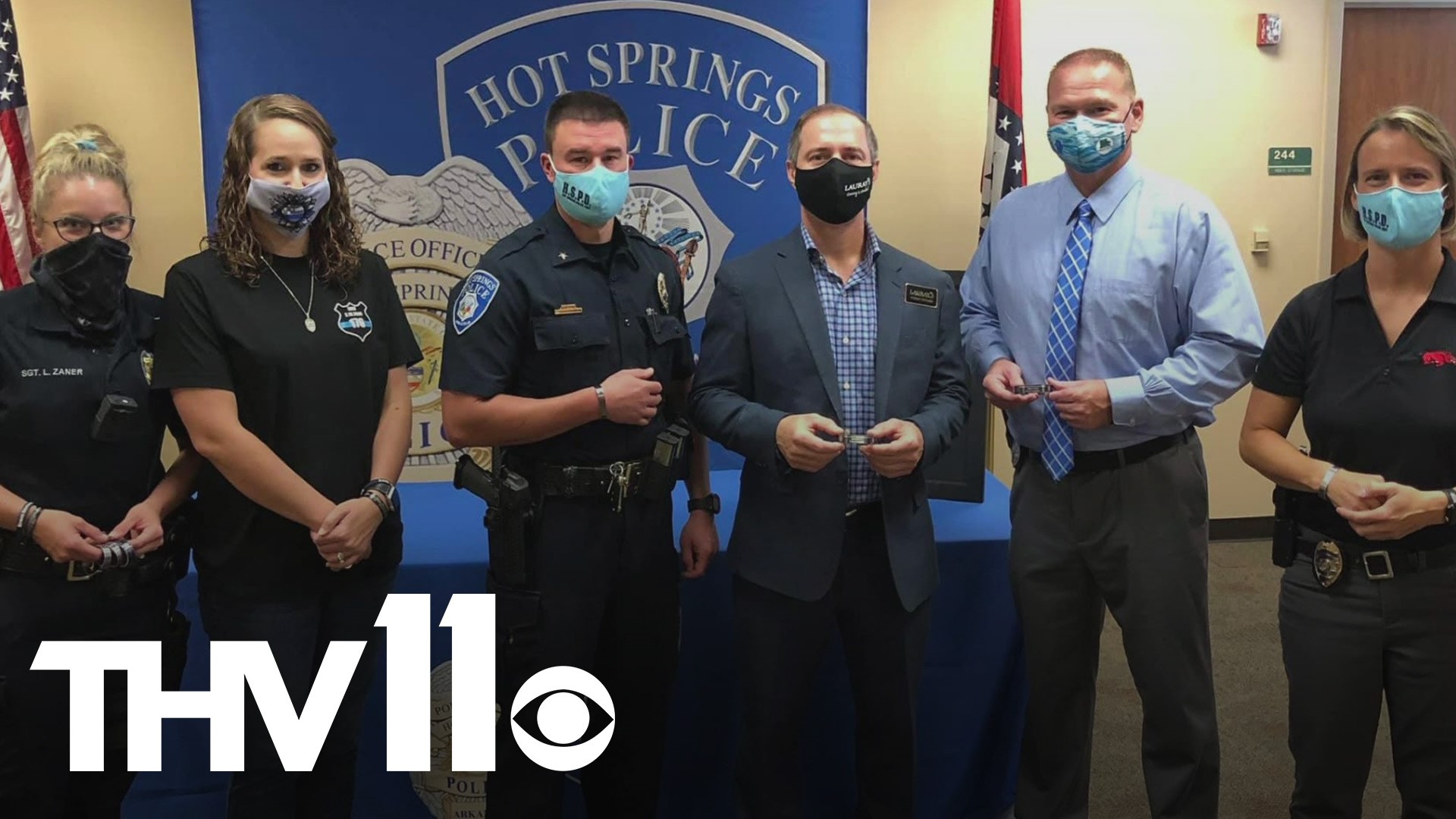 HOT SPRINGS, Ark. — Every month, we focus on those people and organizations who help the helpers.

This month, we head to Hot Springs to introduce you to Back the Blue 176 — a group that has taken lessons learned over the past year and is focusing on the future of policing.

It started as an idea to raise money for new vests for Hot Springs police officers. The goal was lofty, as it was more than $30,000. But that was a year ago and things have changed.

"Brent Scrimshire, badge 176, was killed during an interaction last year by a human being,” Kyler Pomeroy, the founder of Back the Blue 176, said.

Back the Blue 176 was named after Officer Scrimshire.

Two months later, there was another high profile police interaction. After the death of George Floyd by former police officer Derek Chauvin, “there's parts of the community that see officers as villains,” Pomeroy said.

So, the nonprofit did what so many of have done — they pivoted — changing their goal to change the perception of police.

The money raised for the vests is now slated for new technology.

“We can teach and train all we want,” he explained, “but until we're in the situation we never know how you're going to react.”

So, they’re investing in a ‘Laser Shot Simulator.’

"Officers can run through these, and the muscle memory sticks,” he said.

But, this simulator won't just help the Springs Police Department.

“Any law enforcement that wants it can use it,” he said.

Because as Back the Blue 176 recognizes, this can happen anywhere.