Advocates use martial terms to describe nursing during a pandemic. One group is focusing on helping the "troops" cope. 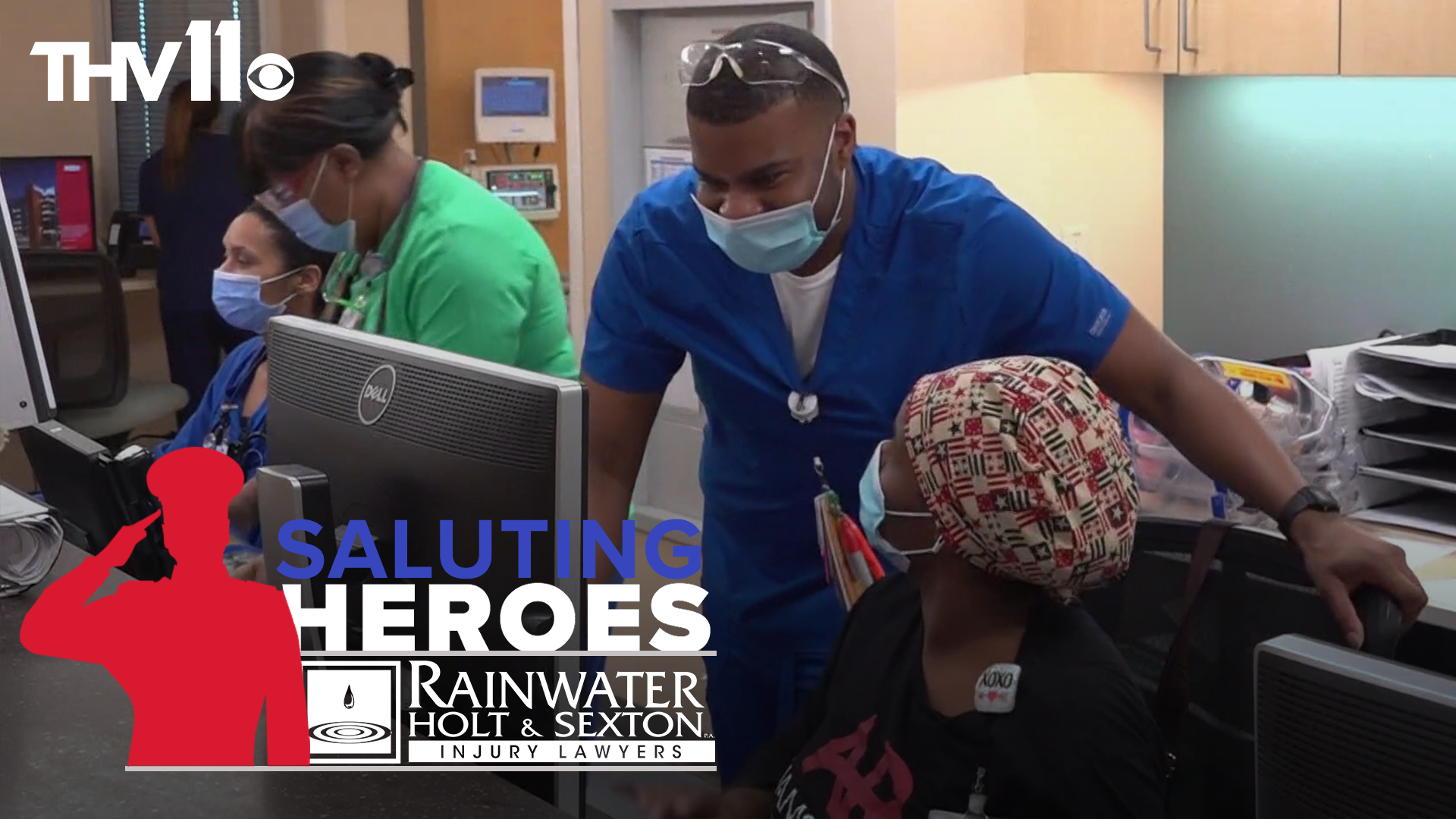 LITTLE ROCK, Ark. — The crisis in Afghanistan threw significant attention on the ways we get into and out of wars, and for a short time distracted some from the situation that has been like a war for 18 months.

The pandemic has been driving nurses to point of exhaustion and burnout, but there are organizations working to bolster their spirits as they soldier on while working on the hospital frontlines.

"For the veterans, they have never seen anything like this, and for the new nurses, it's all they've ever known," said Peggy Abbott, the CEO of Ouachita Regional Medical Center in Camden.

"A lot of them don't realize they may be facing PTSD," said Shelly Marks, the president of the Arkansas Nurses Association.

Both leaders can't help but use martial terms like "veterans," "shellshock" and  "frontlines." Even a year-and-a-half later, nurses and their leaders remain on a "war footing."

"It's been a blessing to see the fortitude and commitment of our boots on the ground," said Abbott.

Both she and Marks said most nurses never planned to sign up for a war, but they did sign up to help people, and that's worthy of a salute.

"When folks are doing it 12 hours a hit, day in and day out for a while, it takes a lot of fortitude to keep going and a lot of commitment," Abbott said.

While Abbott talks like a colonel or commander, Marks is more of a master sergeant. She represents the grunts, and her organization is rushing in support to fortify the ranks thinned by a nursing shortage that predates the pandemic.

"As we daily address COVID and the delta variant, we keep them motivated and keep their spirits up to stay with it to keep patients first," she said.

They include techie tools like an app that sends uplifting text messages three times a day and subscriptions to things like the Happy App and Moodfit. The first effort is to offer encouragement. Other programs get the helpers to realize they could use some professional help themselves.

"Our big well-being push has to do with asking them to take time for themselves," Marks said.

There's always grumbling in the ranks amid the strain and stress. Disagreements among health care providers over things like vaccines and risk come up just like any large occupational group. But both leaders here think the nurses they've got are up to the task.

"Nurses go into this career field for a reason, because they care," said Marks.