You Are Not Alone: Abortion

One in four American women will terminate a pregnancy at some point in their lives. None of those women are alone. 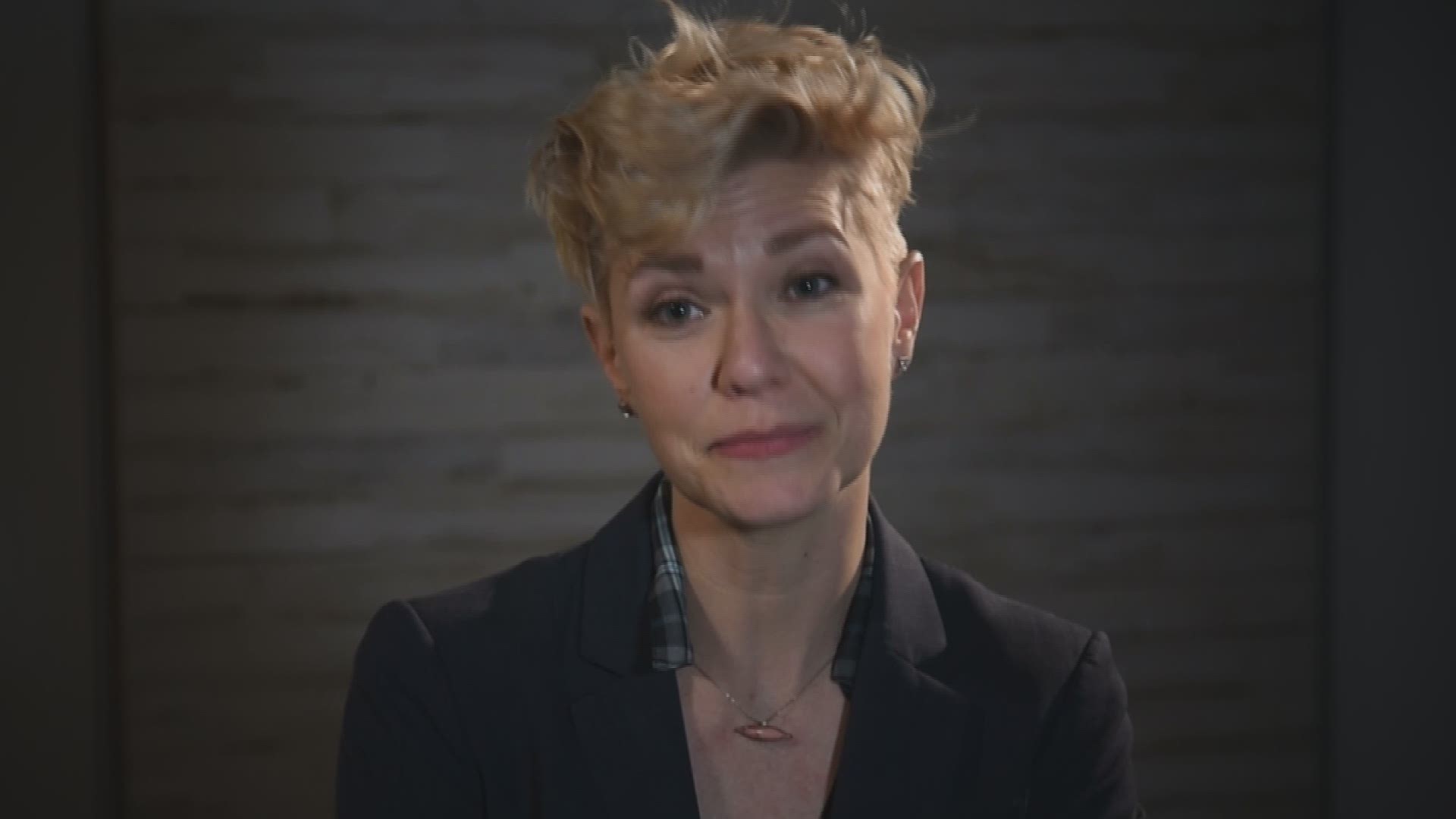 KNOXVILLE, Tenn. — While abortion can be a sensitive, sometimes upsetting topic, this story isn't about the debate over the right to choose. It is one woman sharing her experience to connect women with informed options so they don't feel alone in this situation.

Amanda Lovingood was 29 years old when she was faced with a decision she never thought she'd have to make.

"I had just re-enrolled in university, and I discovered I was pregnant. And I knew that I needed to have an abortion," she said.

She knew she couldn't raise a child the way she wanted to at that point in life.

"I never thought that I would need an abortion. It wasn't ever something that I had considered," she said. "I just never thought I'd be in that place."

Amanda said adoption wasn't the answer for her.

"I needed to not be pregnant. I was not in a place where I could be pregnant. And adoption doesn't solve that," she said.

She weighed all her options before deciding she needed an abortion.

ALL STORIES: You are not alone | Stories about life

"All of these crazy hormones that were at work and my mind, one day would tell me, 'You can do this. This can work this could be your happy little life and it can look like that.' And then my logical self would take over again and tell, you know, 'Realistically, this is what it's going to look like. And it's going to mean compromising this dream, this goal, this expectation, and you need to make a choice one way or the other.'"

At first, Amanda didn't tell anyone about her pregnancy or her plans to terminate it.

"I didn't have any friends or family that I felt comfortable consulting with about this decision because there wasn't anyone that I trusted enough to not try to talk me out of it and I knew what I needed to do," she said.

So she did it all alone.

"And that was probably the hardest part was that I didn't have anyone to take with me to the clinic," Amanda said.

She opted to use local anesthetics so she could drive herself home from the procedure.

Amanda does not regret having that abortion.

"I didn't have to worry about this person being dependent on me. Coming home from work and then still having time left over to care for them and engage with them and be present with them emotionally," she said.

Years later, she and her husband felt ready to have a child of their own.

"I went in to have testing done because we weren't having any success. And the testing actually showed that I was menopausal," she said.

That testing, and use of hormones, ended up saving her life.

"It was through the use of those hormones that we discovered that I had breast cancer," she said.

Amanda went through a few rounds of chemotherapy and is now cancer-free.

But she'll never be able to have a child of her own.

"I felt like I needed to have a child in order to be validated, in order to be recognized by other women as having accomplished something," Amanda said. "When I found out that I wouldn't be able to safely carry a pregnancy, I really became OK with rejecting that."

She said happiness isn't only found in having children.

"I've done things that other people haven't, and I couldn't have done those things if I had become a parent in that moment," she said.

Amanda is a stepmother to her husband's teenage daughter.

"She's 17 and it's really important to me that she also feels empowered to make her own decisions," Amanda said. "I want her to be independent. I want her to feel free to think independently."

Through it all, Amanda never regretted having that abortion 15 years ago.

"There are so many reasons that someone might need to have an abortion and any reason that that person has is the right reason for them," she said.

She wants people to know that terminating pregnancies happen more often than many think.

Roughly one in four American women will have an abortion before they are 45 years old, according to the American Journal of Public Health and the Guttmacher Institute, a population research center.

"Everyone loves someone who's had an abortion. You may not know it, but you do," she said. "And if you don't know that about that person, it may say more about you than about that person. We need to talk about these things."

While roughly 1 out of 5 people surveyed over time by Gallup believe abortion should be illegal in all circumstances, Amanda thinks it is important to talk about the options.

She is sharing her story to start that conversation.

"We need to not let the stigma exist, perpetuate. And open conversations are the only way that we're going to be able to solve that or make it better."

If you've had an abortion, are thinking about having one, or know someone who has, know that you are not alone.

There are local resources for women in East Tennessee who need help.