Director of Animal Control Tricia Power said the symptoms, coughing, lethargy and discharge from the nose, are unlike anything they've seen before in the shelter. 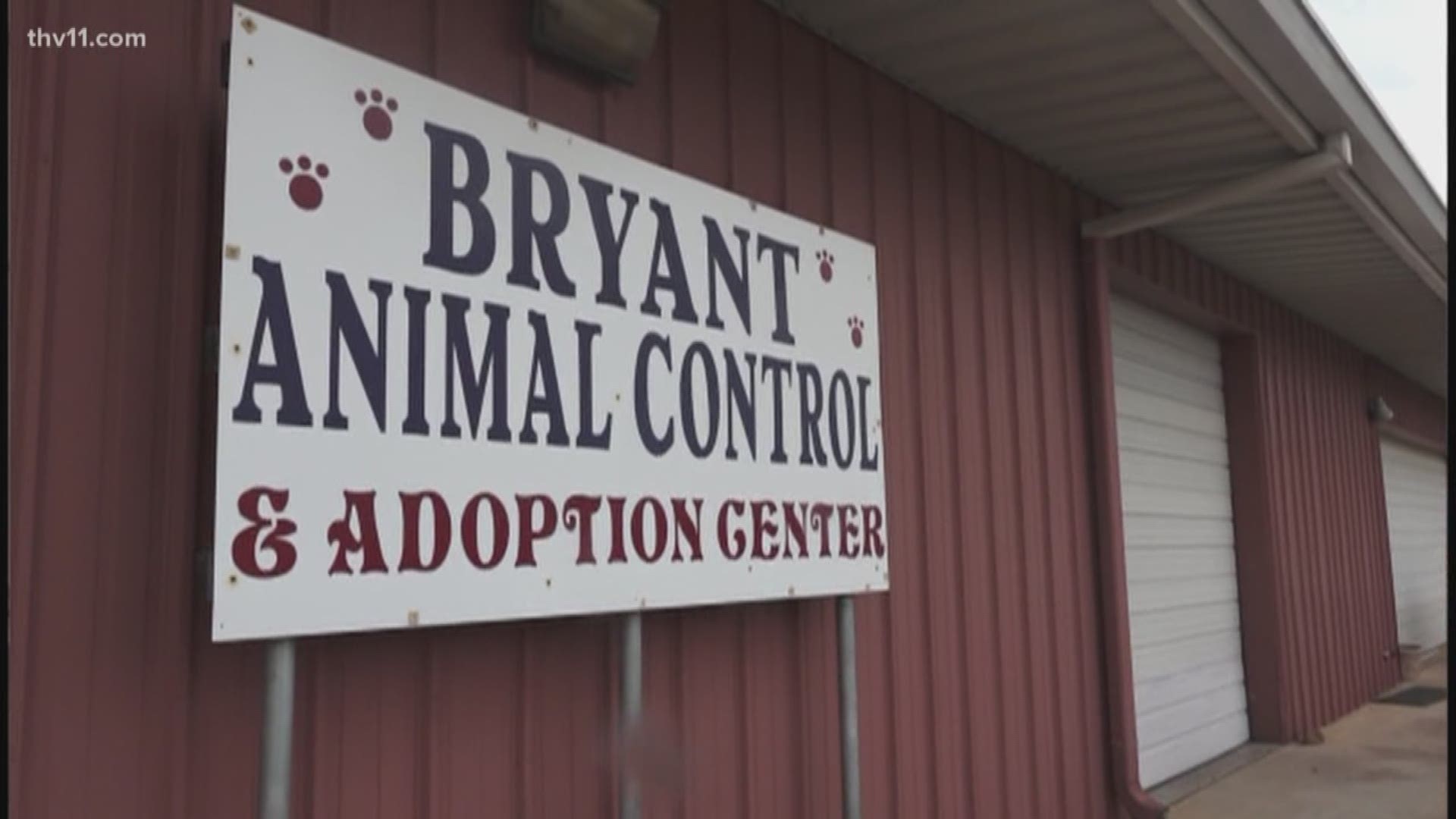 BRYANT, Ark. (KTHV) - The Bryant Animal Control and Adoption Center has announced a self-imposed quarantine in attempts to contain a respiratory illness in the dog population of the shelter.

Director of Bryant Animal Control, Trisha Power, said last week they had a puppy that was showing signs of illness. The puppy was lethargic, coughing, had watery eyes and had yellow mucus draining from its nose.

“We decided to go ahead and euthanize that animal to protect the rest of the canine population here at the shelter,” she said.

However, the sickness had already spread and two other dogs at the shelter started showing the same signs of illness.

“We took one of the dogs to the vet and she pulled some blood and mucus samples and sent them to the lab that way we can find out what's going on,” she said.

Until they know for sure what is making the dogs sick, all 18 dogs at the shelter are under quarantine -- no dogs in, no dogs out.

The quarantine is so serious, no one is allowed to go into the kennel. Power’s said they don’t want to risk the virus getting on people’s clothes and getting carried out into the community.

Power said the quarantine will last at least until Monday, Aug. 13.

“Monday is when we expect to get the results back from the lab. Depending on what we find out on Monday, that's when we'll decide what we need to do,” she said.

She said she hopes taking these necessary steps will keep dogs inside and outside the shelter safe.

The shelter said they're still taking in other animals but they're only taking in emergency dogs.