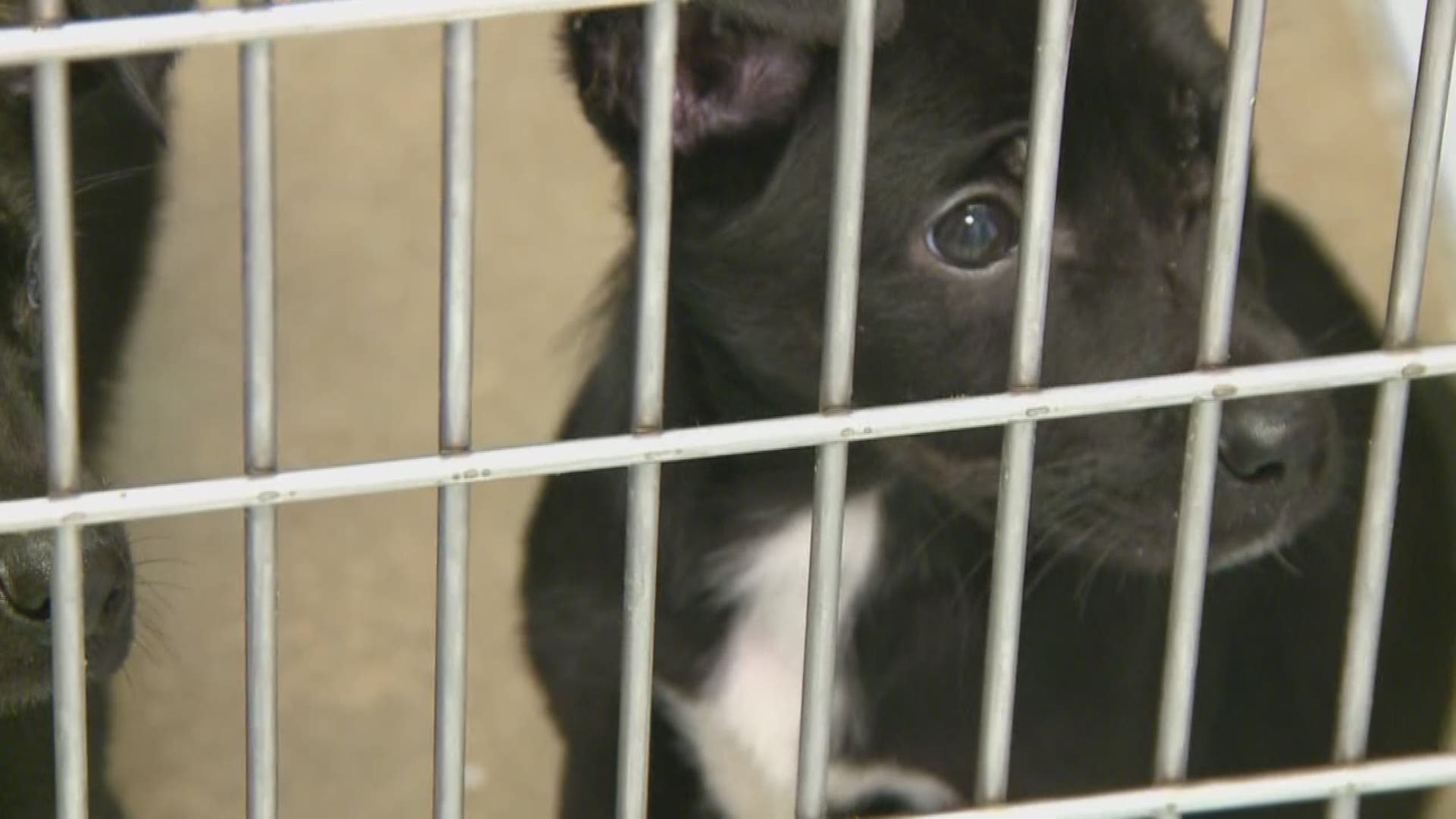 NORTH LITTLE ROCK, Ark. — The North Little Rock Animal Shelter is in desperate need of good homes for dogs as they work to repair parts of the shelter that are deteriorating.

The shelter has 98 dog cages and they expect all of them to be full in a few days.

“Well, the issue is kind of the same everywhere: space,” Tindall said.

Tindall said in January the shelter will get necessary repairs made to floors.

“It boils down to safety for the animals because if you’ve got cracks and crevices and chipping away floor, then that’s spaces for disease to hide,” Tindall said.

“If we can get a floor that’s sealed, not cracked or chipping away, then it’s going to be a lot safer for the animals to be on the adoption line— and we’re not adopting out sick animals,” Tindall said.

They’ll fit as many dogs as they can in their outdoor facility during the project.

“It’s avoiding that term 'euthanasia' that nobody wants to hear, but we want to tell people the truth of what’s going on as far as how we’re sitting right now,” Tindall said.

Dogs like Kira need a special home to go to but unfortunately, his yellow tag on his chart indicates he is a candidate for euthanization.

It’s something they haven’t had to do in the last few years.

They are asking the community to come together so the animals can ultimately have better holding conditions.

“It’s a plea to try and get these animals homes, permanent homes, and rescues are fine too,” Tindall said.

To adopt you need a driver’s license and must be over 21.

There is also a sterilization fee of $60 dollars for dogs and $40 for cats to help prevent an influx of unwanted animals.

“Please come out and check us out, try to help us out. We need at least 15 to 20 cages close to the first of the year,” Tindall said.

The shelter is located at 1 Championship Drive in North Little Rock and you can reach the shelter by phone at (501) 791-8577.

Adoptable pets are posted on the organization's Facebook page.