A new little furry friend got trapped in the THV11 parking lot, and we sprung into action to get him help. We've named him Larry Junior. Check out his journey so far. 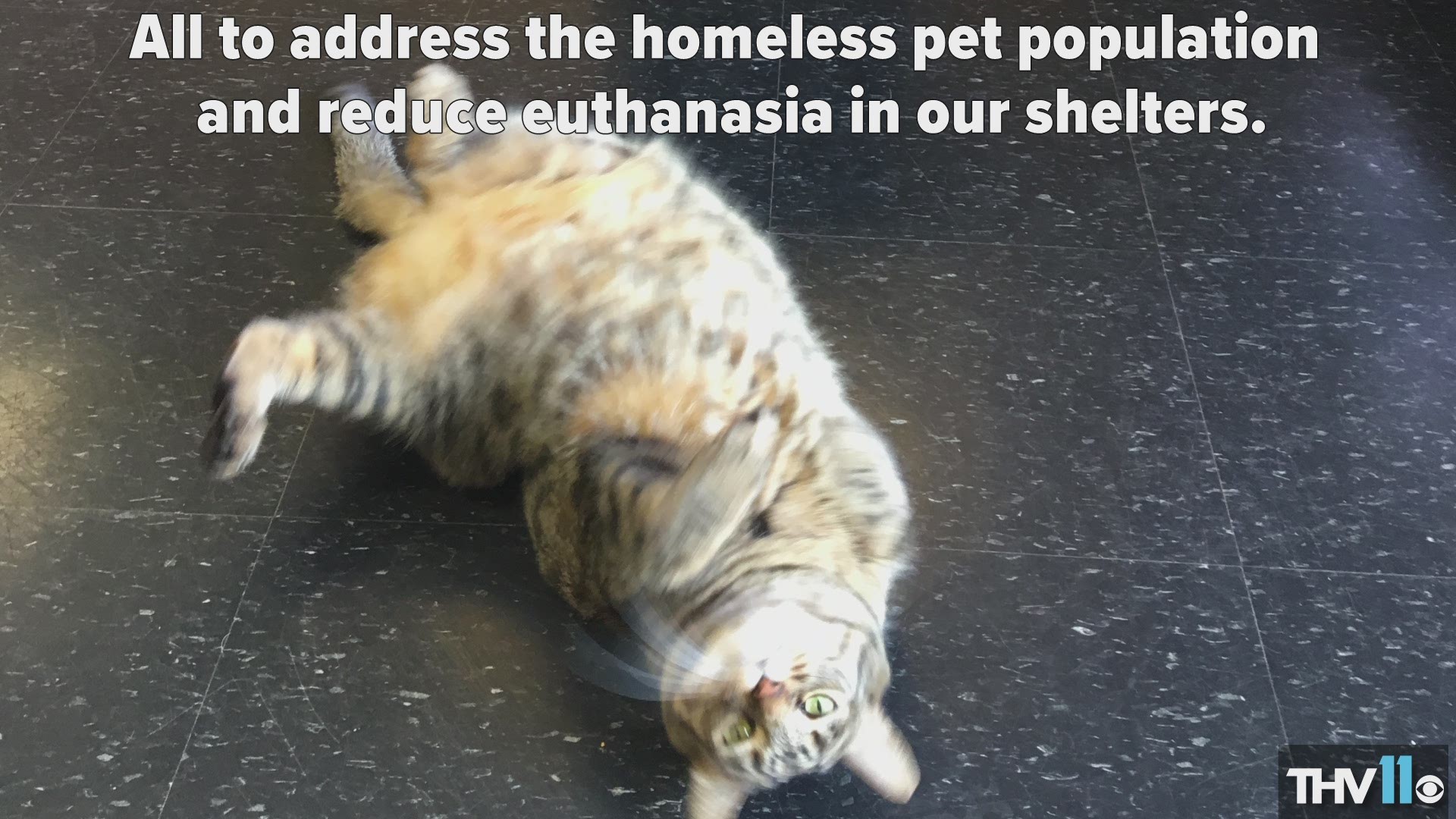 LITTLE ROCK, Ark. (KTHV) - Over many years THV11 has partnered with Feline Rescue and Rehome to help with some feral kittens. The kittens had been making THV11’s Weather Garden their home.

Joey the Garden Cat was the most well-known due to social media. He was named one of the top internet cats. In fact, Joey was featured on Animal Planet’s Most Loved Cats.

So, of course, when we discovered more furry friends hanging around our weather garden we called on FuRR. Our goal was to set up a trap where we had noticed a cat that was very pregnant.

THV11’s goal is to trap Momma Cat, who is pregnant, again. Last year, we were unsuccessful in capturing her, but did trap, fix and rehome one of her babies to a safe cat colony.

Now, ‘Operation Momma Cat’ resumes. The first night we set a trap for her, but we caught Larry Junior. We’re not 100 percent positive that he belongs to Momma Cat, but he could be one of her babies. FuRR said Larry Jr. looks to be two to three months old.

FuRR - Operation Jack, FuRR's feral cat Trap.Neuter.Return program has saved the lives of hundreds of feral and stray cats since its beginning in the summer of 2007. This program was born from our search for Jack, a very special shiny black fella who was last from his home in downtown Little Rock on January 1, 2007. FuRR spent many weeks searching the alleyways and basements in the area, posting flyers and knocking on doors, and crawling underneath abandoned houses. They didn't find Jack, but they did find a problem. The many feral cats in the area in need of spay and neuter. Surprisingly many them had caregivers willing to feed them but with no means for pay for their surgeries.

FuRR delivered Larry Jr. to the care of Arkansans For Animals, a non-profit organization dedicated to helping Arkansas' animals through public and professional education, legislation and low-cost services to address the homeless pet population and reduce euthanasia in our shelters. Arkansans For Animals is also the state's largest provider of affordable and accessible care through our two spay/neuter programs, the Mobile Animal Surgical Hospital and Operation SaVE (Sterilization and Vaccination Effort) which provide high quality sterilizations and wellness services for the pets of Arkansans, sheltered animals and community cats.

Starting last year, the county started a voluntary tax called the ‘Give Five’ Campaign which is specifically for spay/neuter in Pulaski County. This means that this year on your tax statements for real estate or personal property taxes, you will see the option to give five or even up to 15 dollars. The money is spent specifically to spay/neuter pets in Pulaski County to help reduce the pet overpopulation problem and pet homelessness. Every year, Arkansans for Animals spays/neuters about 2,000 Pulaski County pets. Then, another 2,000 pets outside of the county for rescues and shelters.

Larry Junior is in the current care of the Feline Rescue and Rehoming group as they work to find a foster family who knows how to deal with feral animals. The reasoning behind this is because Larry Jr. is too young to rehome in his colony. We'll keep you updated... and you never know, he may find a forever home in the THV11 Weather Garden. [WE WISH!]