Remains of WWII infantryman from Georgia accounted for and coming home

After more than 70 years of searching, a soldier will finally be laid to rest in his hometown. 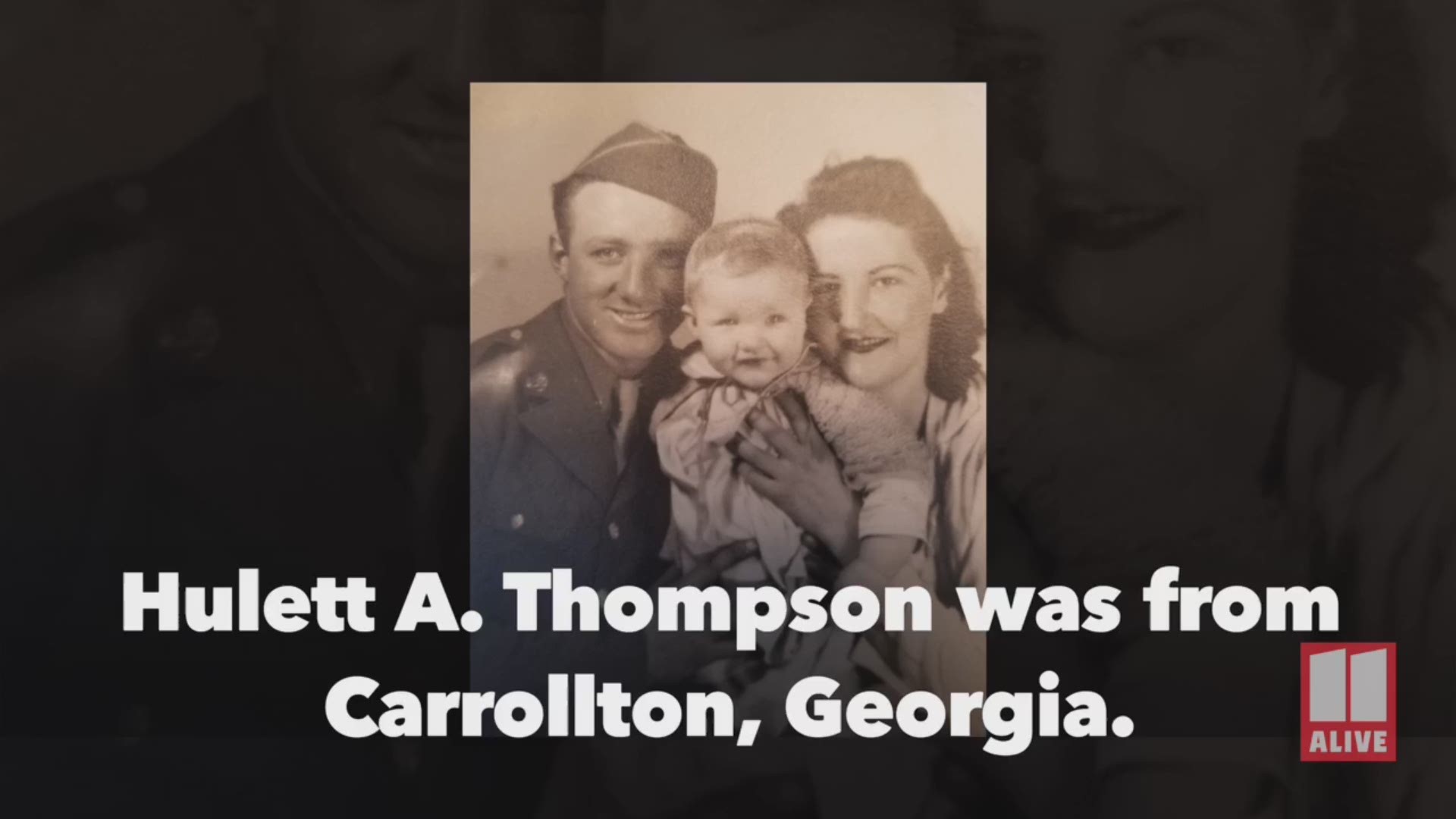 The DPAA says his remains will be returned to his hometown, Carrollton, and buried in November.

Thompson served his country as an infantryman in Task Force Galahad in the China-Burma-India theater. In June of 1944, Thompson fought in the siege of Myitkyina, Burma where he died in battle. His battalion searched for him afterwards and could not find his body. Thompson's body was declared non-recoverable in January of 1948.

The United States created a military burial site in 1946, at the Myitkyina battle ground, then transferred the remains of the soldiers buried to a U.S. military cemetery in Kalaikunda, India in September and October 1947.

One body that was transferred was labeled "X-386." It was removed from the graveyard again in November of the same year, and transferred to another military burial cite in Honolulu known as "The Punchbowl."

Scientists were eventually able to use dental, anthropological, and mitochondrial DNA analysis to identify Hullett A. Thompson.

Thompson will finally be laid to rest on November 30, 2019 at Clem Cemetery in Carroll County.

According to the DPAA, there are currently 72,698 World War II veterans still unaccounted for, of which about 26,000 are considered possibly recoverable.

Thompson’s name is recorded on the Walls of the Missing at the Manila American Cemetery and Memorial in the Philippines, along with other soldiers missing from WWII.

The DPAA said a rosette would be placed next to his name to indicate he has been accounted for.

'Thank you for your service': Tuskegee Airman dies at 103