Unable to pass on her DNA, Miss Nora passes on so much more as a 15-year foster parent

For more than 15 years, Miss Nora worked and lived at a shelter for abused and neglected kids. 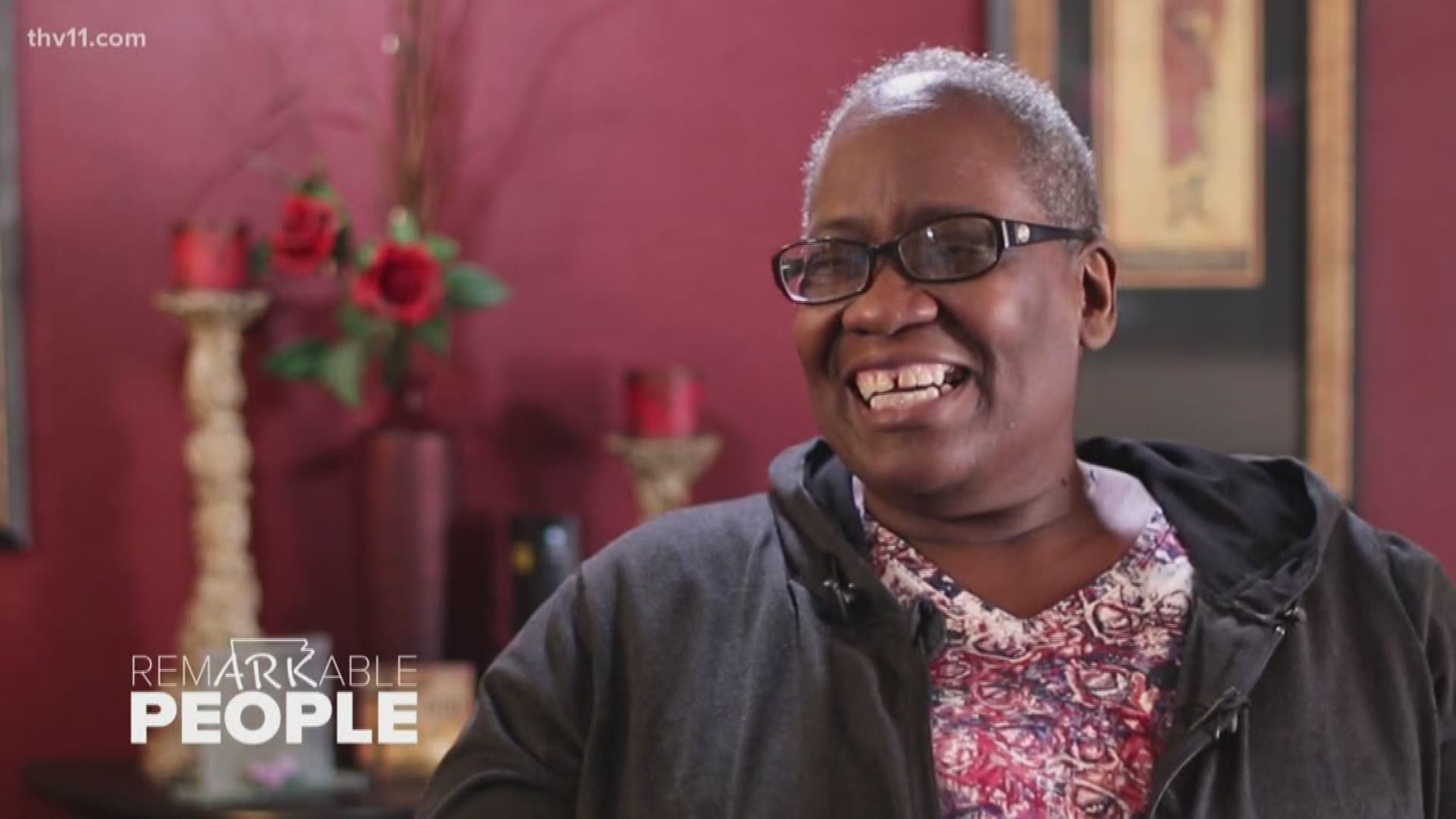 Today, we'd like for you to meet Miss Nora. When we met Nora Cooney, it was her birthday week. But that happy birthday banner wasn't for her. Neither were the cookies she put in the oven.

Because, as we quickly found out, it's never about her.

"I just allow God to lead me," she said. "I'm just a willing vessel. That's all. I'm nothing special. I'm no different."

For more than 15 years, Miss Nora worked and lived at a shelter for abused and neglected kids. And then, "I just felt led to do more," she remembered, so she decided to become a foster parent -- and a good one at that.

So good, the governor named her the Foster Parent of the Year for Lonoke County.

Nora's friend Nina Shelton is also a foster parent. She wrote the letter to nominate Nora for the award.

When asked what words described her friend, she wasted no time, "love, strength, determination, resilience, kindness, service, I could go on and on."

Miss Nora has her good days, like when she gets a thank you card in the mail that she showed us.

"She just wants to thank me, thank me for just being me?" Nora asked. "That means a lot."

But, as you could imagine with someone with such a big heart, "sometimes I still stay awake at night thinking about kids situation," she admitted.

It's hard to argue with Miss Nora, except for one thing she said, "I don't have any children of my own."

Because of a medical condition, and a resulting surgery, she was unable to get pregnant.

"She will tell you that she's not a mother," said Shelton. But, "there has never been anyone I've known more to be a mother than her. She's a mother. She may not have borne these children. She's a mother. To a lot of kids."

Unable to pass on her DNA, Miss Nora passes on so much more.

"They need a true love and true disciple and know they are safe and they are wanted," she added.

Right now, Miss Nora has four foster kids, all girls, and she says she is considering adopting.

If you have a Remarkable Person you'd like Arkansas to meet, reach out to Rob Evans on social media.