Thanks to a thoughtful surprise, expecting parents in Sheridan had a gender reveal party, celebrating social distance style. 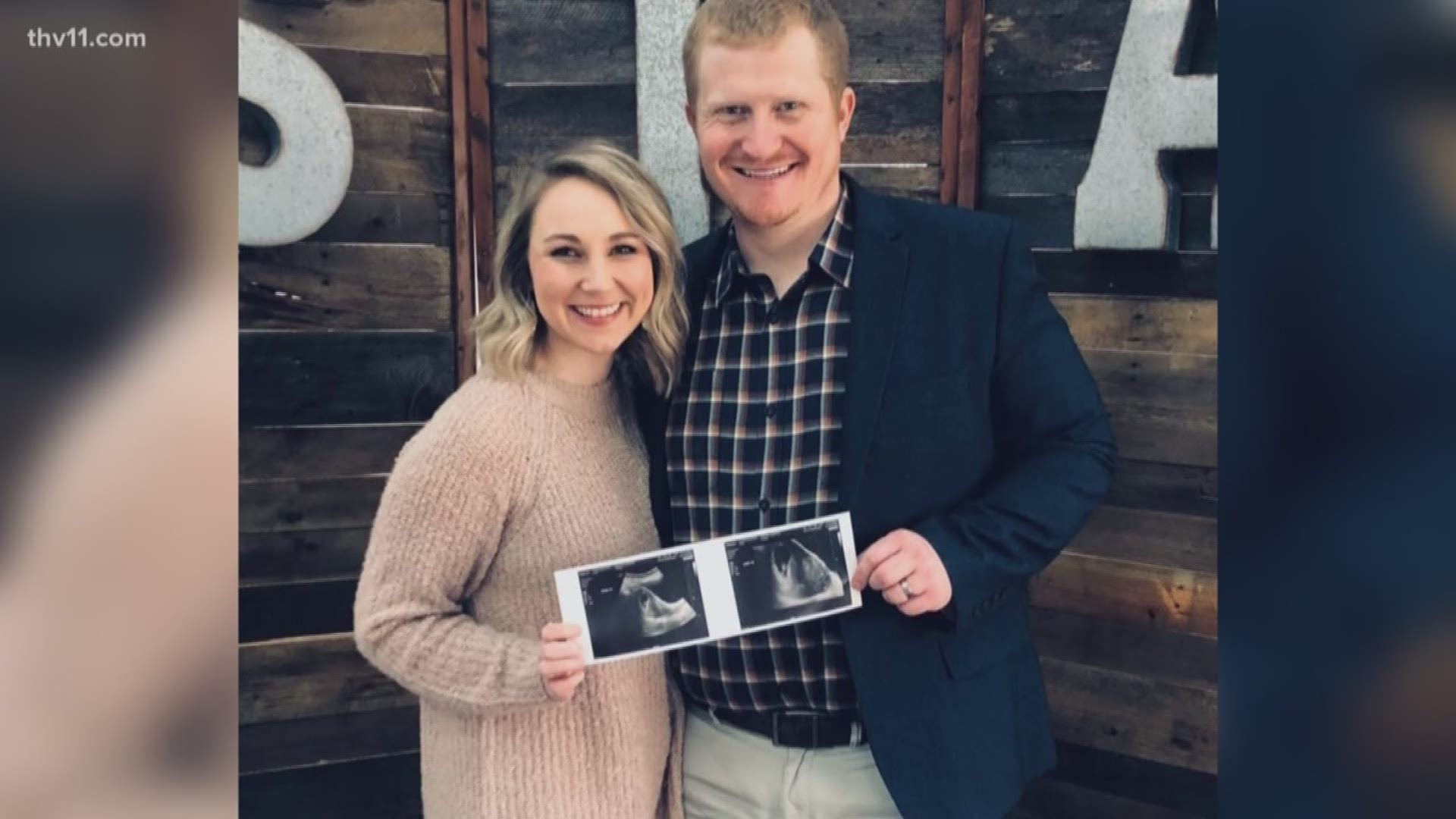 LITTLE ROCK, Ark. — Social distancing guidelines kept Dustin and Jennifer Sanders from having the gender reveal party they planned. But thanks to a thoughtful surprise from members of their church, the expecting parents said it turned out better than they could've imagined.

The couple has tried for several years to have a baby and previously experienced a miscarriage.

"We had to go to several doctors, have several tests run and it took us a long time to get here and a lot of heartache," Jennifer said.

That what made last weekend's gender reveal even more special. The couple planned to learn whether they're having a boy or girl alongside family, friends, and members of Sheridan First Assembly -- the church Dustin pastors.

"They were so excited, and we were excited and it was going to be a celebration for everybody just to show what God has done," Jennifer said.

Although guidance against social gatherings changed their plans, it did not steal their joy.

"We just canceled and said 'hey we're going to do it on Facebook live,'" Dustin said.

The firing of a confetti cannon brought news that Baby Sanders is a girl. Jumping, laughter, and hugs captured on video following the big reveal was just the beginning of the party.

"My secretary called and said 'can you come outside for a second?'" Dustin explained. "Honestly, I thought it was a church problem or something was going on with the church."

Instead, the Sanders were met by members of their church parading down the street, honking their horns and waving pink streamers in celebration of the news.

"It shows me how special of a place this is," Dustin said.

On Saturday, Dustin posted a video of the party on Twitter. Within five days, the clip surpassed 5 million views.

"We have prayed that our little girl would reach more people with love and hope of Jesus than we ever would," Dustin said.

Months before her arrival, the Sanders believe their daughter has already made that impact. It's all thanks to a drive-thru gender reveal party shared with millions around the world.

"It seems like everyone's been a part of it," Jennifer said.

Madelyn Grace Sanders is due in September.