One Arkansas based company got creative, finding a way to become a hub for local businesses. 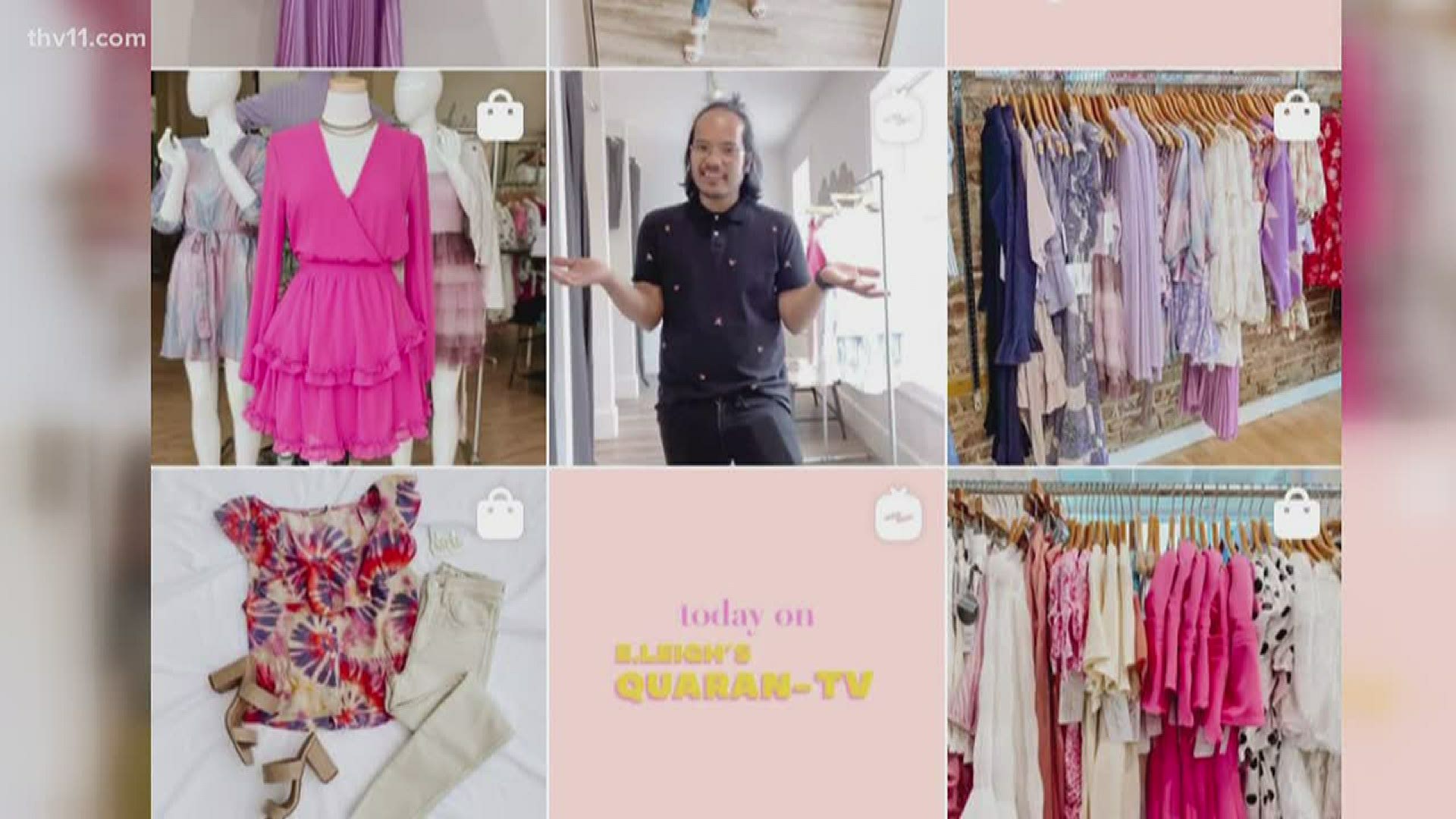 LITTLE ROCK, Ark — Small businesses across the country have struggled to stay afloat because of COVID-19. After having to temporarily close their doors, one Arkansas based company got creative, finding a way to become a hub for local businesses.

On a normal day, when checking out E.Leigh's Instagram, you'd primarily see photos of clothes. After all, that's what this Arkansas business does best. But, lately, they've been thinking out of the box. Now, you'll see much more when scrolling through their page.

Erin Hohnbaum, Owner and CEO of E. Leigh's and her Social Media Coordinator, Nicole Morgan, decided to create their own social media based TV channel on Instagram called Quaran-TV.

"This is such an usual time for our business and others and we were talking about ways that we could keep people happy and engaged," said Hohnbaum.

Quaran-TV is a video channel that highlights their store and features guests from other local businesses.

"When choosing who to feature on our channel, our strategy is guest focused with what we feel like our guests will love," said Hohnbaum. "Also, we want to feature women forward businesses or businesses owned and operated by women."

Their weekly programming schedules include everything from hair tutorials from local salons to DIY cheese board lessons from a local cheese board company.

"We are finding ways for other local businesses to connect and feel apart of something," said Morgan.

Hohnbaum said it has been a huge success for their business and the businesses they've featured.

"We feel like it has been a win-win not just for the contributors but for us as well," said Hohnbaum. "They have loved it and shared it with their communities and we've gotten more engagement from the series."

It's even changed their future plans as a small business.

"We've gotten a lot of good feedback with people saving the videos and watching them for later and watching with friends so it has been positive and given people something to look forward to," said Hohnbaum. "We've learned our customers are looking to us for more than just clothing and I see us expanding on that in the future."

Hohnbaum said Quaran-TV is all about finding the positive in this rough time and helping neighbors now and in the future.

To check out the Quaran-TV channel visit here.

RELATED: Arkansas restaurants see drastic drop in business, but could soon be allowed to re-open