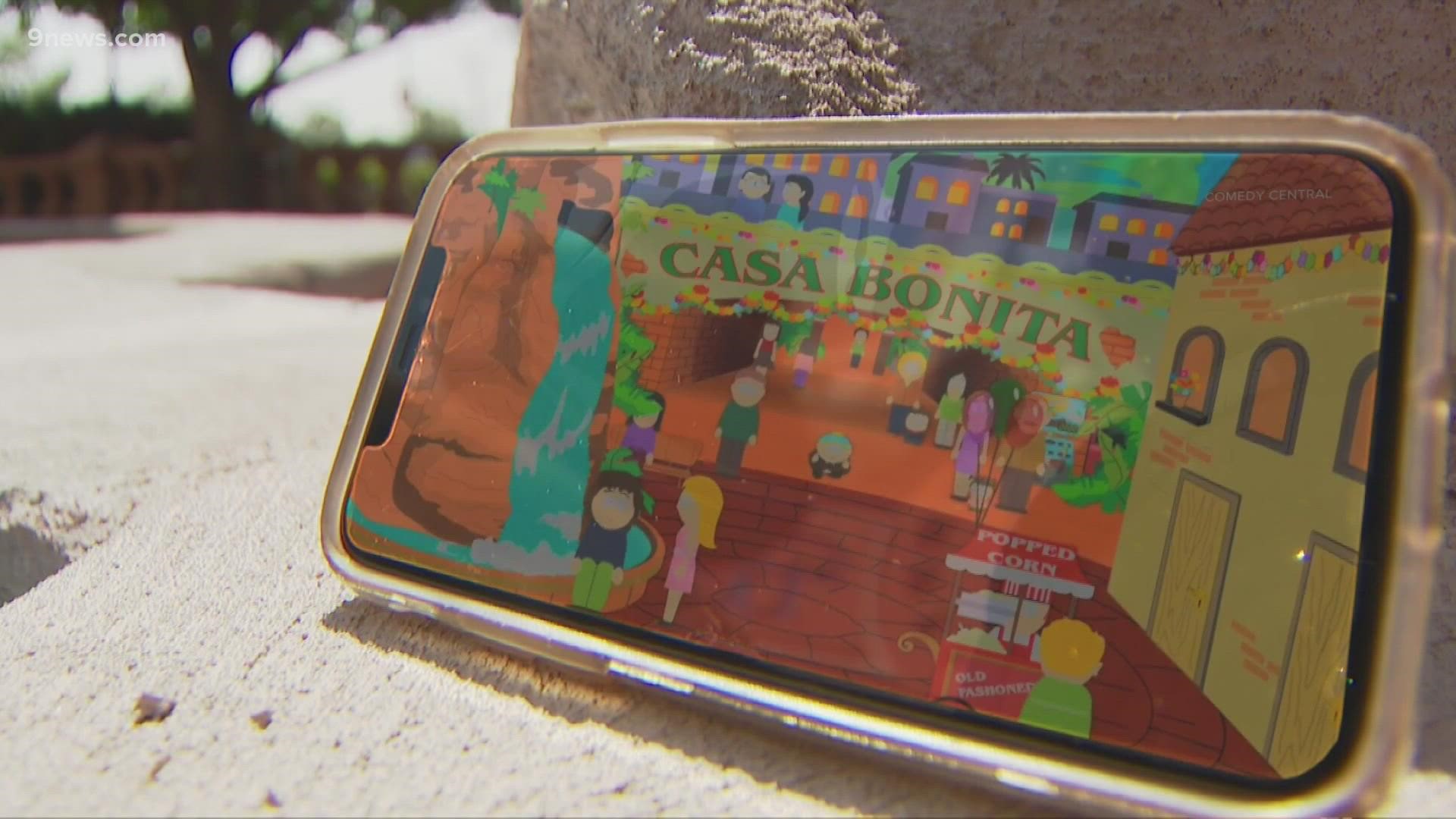 While they've reached an agreement, it's still pending based on bankruptcy litigation. But, Stone and Parker said they've agreed on terms to purchase the famous Lakewood restaurant.

Casa Bonita has been closed for food service since last spring, when it was shuttered due to the COVID-19 pandemic. The owners declared bankruptcy earlier this year, and recent court filings show the owner discussed possibly of opening in late July or August.

Perhaps in traditional "South Park" style, the plan is not going just for a simple purchase and continuation of service. Parker and Stone said on Friday that they want to dive off the restaurant's famous waterfall. They also have plans to improve the notoriously unappetizing food, they said.

Casa Bonita has made appearances on "South Park" over the years, with Eric Cartman once calling Casa Bonita "my most favorite place in the world."

Stone and Parker made the announcement during a virtual celebration of the show's 24-year anniversary with Colorado Gov. Jared Polis on Friday morning.

You can watch the conversation here:

Andrew Novick watched the livestream with mixed feelings. He’s the leader of a group that’s been raising money for months to save the restaurant. He’s also a Casa Bonita super fan and has visited more than 300 times.

“There is a lot of South Park to this place, and [Parker and Stone] have a connection,” Novick said. “My biggest fear is that it just becomes a South Park Land, you know. Casa Bonita predated South Park by 24 years or so. It can exist without South Park.”

Novick said he and his group “Save Casa Bonita” have tried for the past year to get in touch with Parker and Stone but never heard back.

“I would love to hear from them,” Novick said. “I would love to work with them. I think we would be great as you know as partners or part owners because we have a lot of thoughts and ideas.”

Novick said his group raised about $68,000 to help Casa Bonita. They even took on some of the restaurant’s debt to help pay food vendors and the mariachi band. Novick said the group had an investor willing to make an offer to buy the restaurant before South Park guys swooped in.

“We’re still ready to make an acquisition, but I would love to be part of it,” Novick said. “I hope [Parker and Stone] call us.”

MORE WAYS TO GET 9NEWS

Subscribe to our daily 9NEWSLETTER for top stories from 9NEWS curated daily just for you. Get content and information right now for can’t-miss stories, Next and Broncos content, weather and more delivered right to your inbox.

HOW TO ADD THE 9NEWS APP TO YOUR STREAMING DEVICE

ROKU: add the channel from the ROKU store or by searching for KUSA.

For both Apple TV and Fire TV, search for "9news" to find the free app to add to your account. Another option for Fire TV is to have the app delivered directly to your Fire TV through Amazon.