Alpaca craze on social media comes with limitations in Arkansas

We've seen them everywhere. People posting pictures and videos on social media of them renting alpacas for birthdays, wedding and more. But the alpaca craze comes with some limitations in the state of Arkansas. 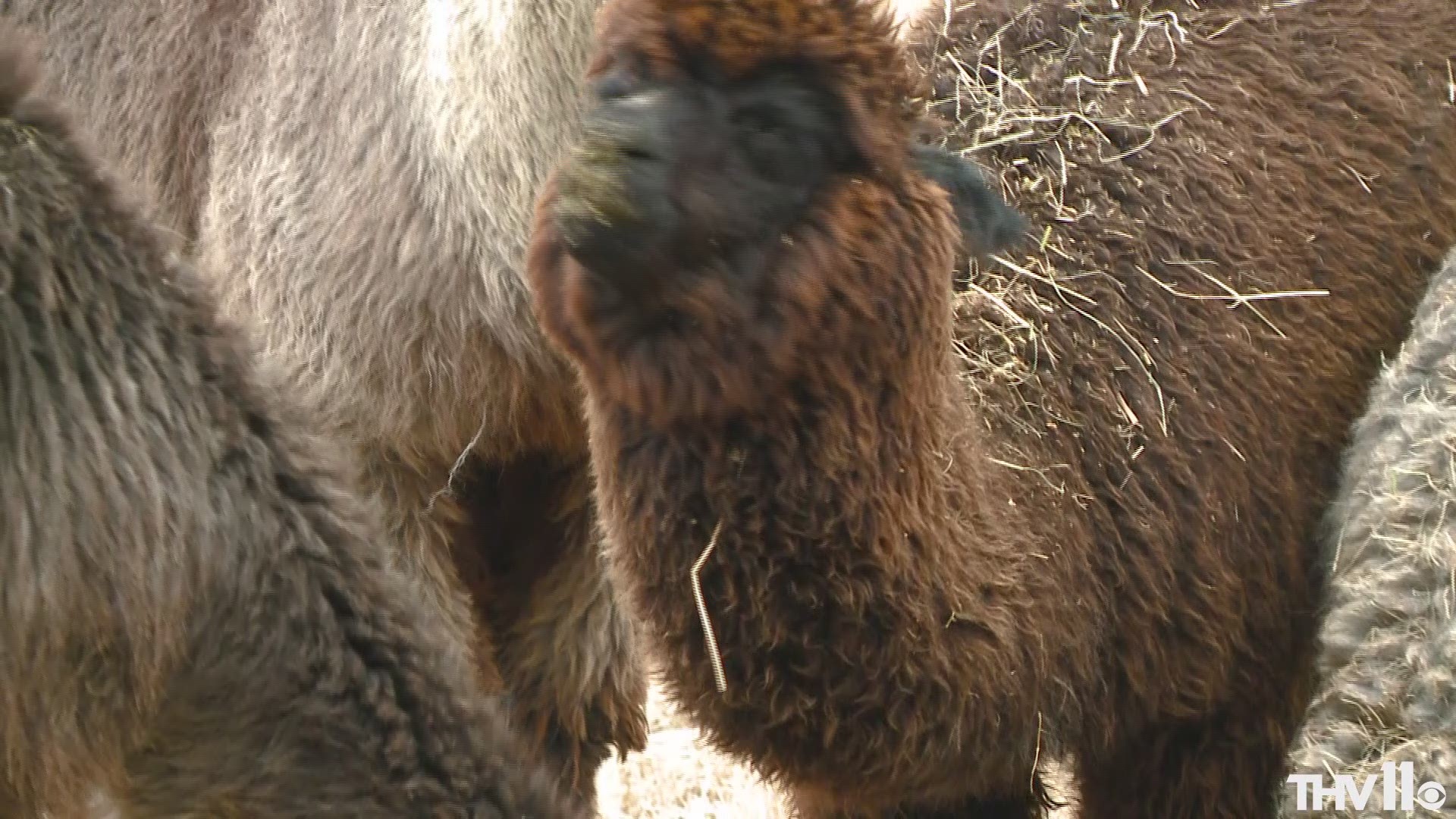 Debbi Shannon says, “Come on girls!” and alpacas run to their food bowl. These fluffy, big-eyed, and quirky creatures are hungry. “They are probably going to get angry with each other, that’s just normal,” said Shannon.

But what is the attraction to the alpaca? “I think it is the way they talk. It’s peaceful. They just have this aura about them,” she said.

Shannon’s love of alpaca was started by a sibling. “My sister got me interested in alpacas about 17 years ago. I was living in an apartment in Little Rock,” she said. When she moved to the country and decided to have a farm, the personality, and character of the alpaca sealed the deal. “They are very curious and very intelligent and the softest things you will put hands on,” said Shannon.

Alpacas are becoming a popular topic on Instagram and some are even showing up at weddings. “I can’t do that in Arkansas. It is against the law, you have to have a license to have a petting zoo to take farm animals off the farm to make a profit,” said Shannon.

She welcomes visitors to see her animals, though.

“Usually it’s a guy that wants to give his wife or girlfriend a treat or birthday gift they bring them out here,” she said. But soon the fluffiness factor will fade. In April, the fleece gets sheared off and this hypoallergenic, water-resistant fiber was called by the Incas the fiber of the gods.

Shannon said she has no regrets about getting into the alpaca business. “It gives me great joy if it doesn’t make me money at least I can be happy,” she added.