A social media campaign that's good for the environment? #Trashtag is encouraging people to clean up litter and post about it on social media. 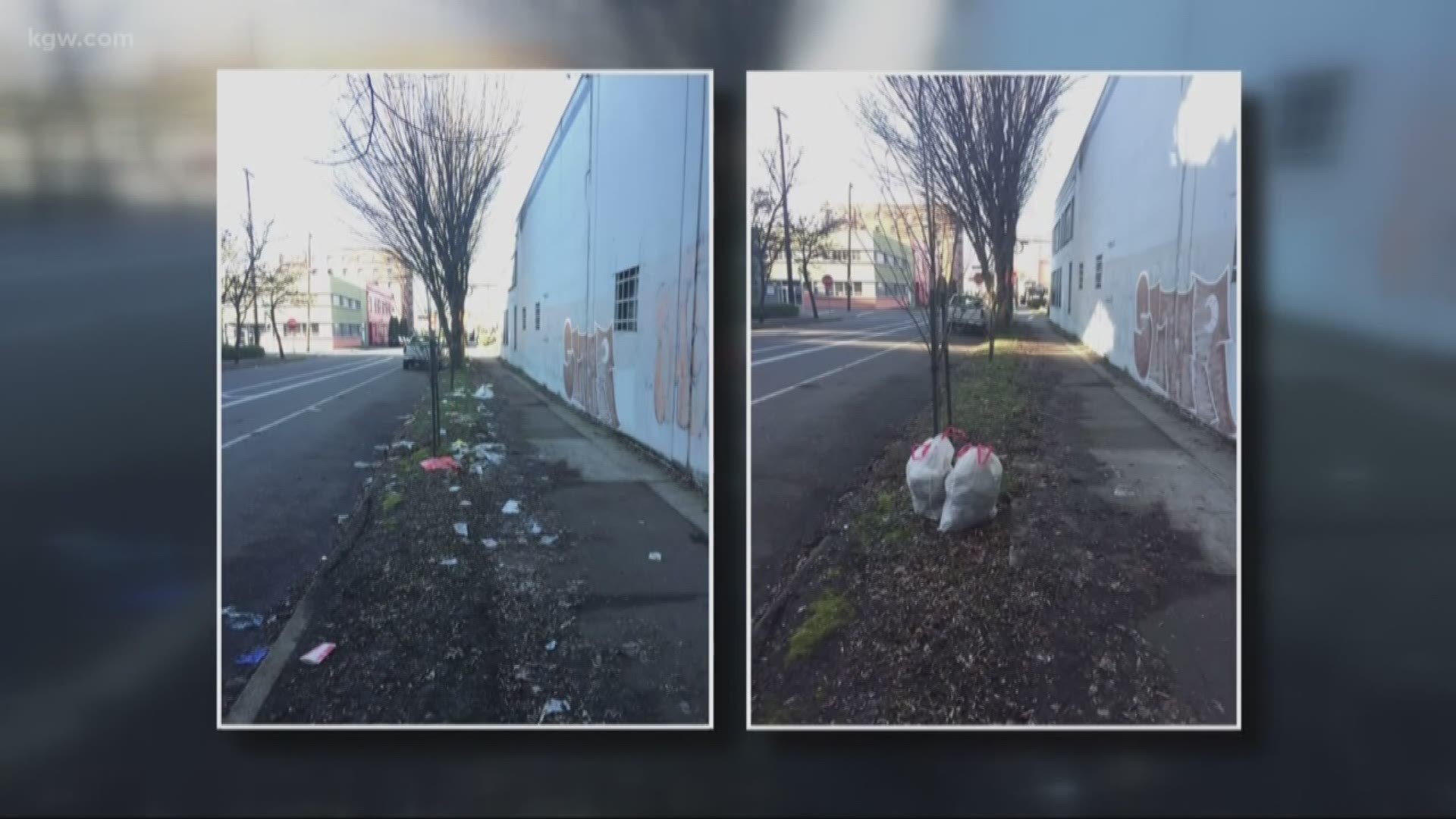 PORTLAND, Ore. — Have you heard about the social media campaign #Trashtag?

It's a viral trend that's also good for the environment.

It's not a new idea, but the hashtag picked up steam on social media over the weekend. #Trashtag is making the world a better place by encouraging people to take before and after photos of areas they cleaned up such as parks, beaches and streets in their community.

A lot of Portlanders care deeply about the environment, so it wasn't difficult to track down a few people who took to the streets or a slice of nature this weekend and posted pictures.

Tessa Shabram and her boyfriend found out about the hashtag on Reddit over the weekend and decided they wanted to add to the momentum.

"Finally an internet trend that is doing good that I can get behind. So I just wanted to contribute," Shabram said.

She works near the Fremont Bridge and, like many others, when walking under it along 18th Avenue, saw tons of garbage littering the sidewalk and grassy stretch. So naturally, that's the area she and her boyfriend tackled for an hour on Sunday.

"Especially down here and downtown when it rains all that storm water runs into the river and any trash on the ground will go with it," Shabram told KGW. "Every little thing counts and helps and I hope this inspires people to clean up their community where they live and also not litter."

Junk like food wrappers, glass, beer cans, paper, spray paint cans, even backpacks litters the ground at a favorite local summertime hang out, too. Jesse Johnson is a native Portlander, and as soon as he saw #trashtag trending online he knew how he was going to spend his weekend.

"I was like, that is awesome I can get behind that for sure and I know just the spot to go and clean up a whole lot of trash," Johnson said. "It was super fulfilling to go out and clean up an awesome, super-pretty river and so others can enjoy it."

Johnson and his buddy Armando cleaned up High Rocks in Gladstone for two hours this weekend, ending up with six trash bags.

"It's depressing. I mean, we’re better than that. It’s not that hard to clean up after yourself. And nobody wants that," Johnson added.

Shabram and Johnson hope their efforts and the hashtag trend will spark inspiration for other people to do their part; they say bring a trash bag with you while visiting the beach or a park, or challenge yourself to pick up just one piece of trash as you walk the city streets.

"I hope this cause spreads super hard and we can clean up Portland," Johnson added.

"This definitely has made me want to get out there and clean up more," Shabram added.