Talking to your children about racism and social injustice

"If we don’t have these conversations with our children, we’re allowing their little brains or the minds of other people to influence what they think about this." 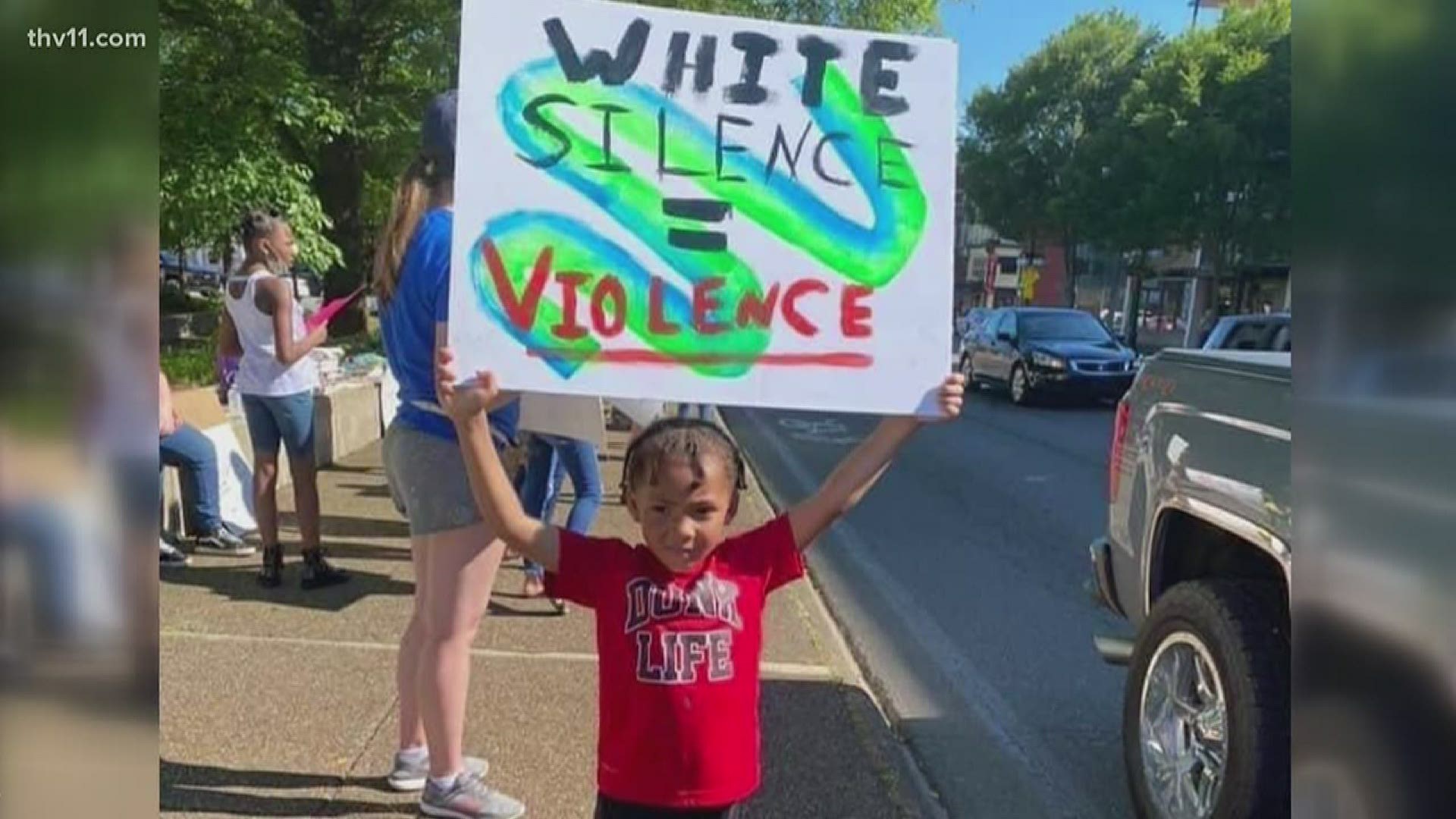 LITTLE ROCK, Ark — The graphic videos, protests, and messages can be overwhelming, but there’s no escaping it. But how do you talk about racism and social injustice with your kids?

During a time like this, they have a lot of questions. And experts say beginning the conversation now is so very important.

The death of George Floyd at the hands of Minneapolis police officers sparked outrage and nation-wide protests of Americans demanding justice.

Adults had a hard time wrapping their heads around how this could happen in 2020, so imagine how confusing this all could be for kids.

Khadayilah Garza says two white men called her 'the n-word' while at a Hot Springs protest with her son. The incident prompted her to have an open conversation with her four-year-old.

Having the conversation with little ones can be daunting, but experts like Dr. Sufna John say it’s necessary.

“What’s really powerful to know about this is I think for parents, is that if we don’t have these conversations with our children, we’re allowing their little brains or the minds of other people to influence what they think about this,” said Dr. John, a clinical psychologist at UAMS.

Dr. John says kids are experts at observing their surroundings and whether or not parents want to admit it, they typically already have some information coming into these conversations.

“Kids as young as six months old already are able to recognize race. Kids that are starting at ages two and three already use race as an example for how to explain people’s behavior or their attitudes. And children as young as four and five already demonstrate racial biases in the way they interact with others,” she explained.

Shannon Harney is the mother of a five-year-old girl and 14-year-old boy. She said talking to them about it has been a challenge.

There are so many different ways to parent. But Dr. John says it’s never too early to start talking about race with your child. Perhaps beginning with concept explanations is a good place to start.

“Simple definitions like racism is when people are treated badly and unfairly because of their race, which is the color of their skin," Dr. John explained. "Or protest is something people do when they are hurt and they want people to listen to how they feel and what is wrong.”

If you haven’t started the conversation with your children yet or don’t know how to, there are plenty of free resources to help you through the process.

Here are some online resources you can turn to for help: