Several recommendations were made, including an increase of education hours and mental health awareness within police departments. 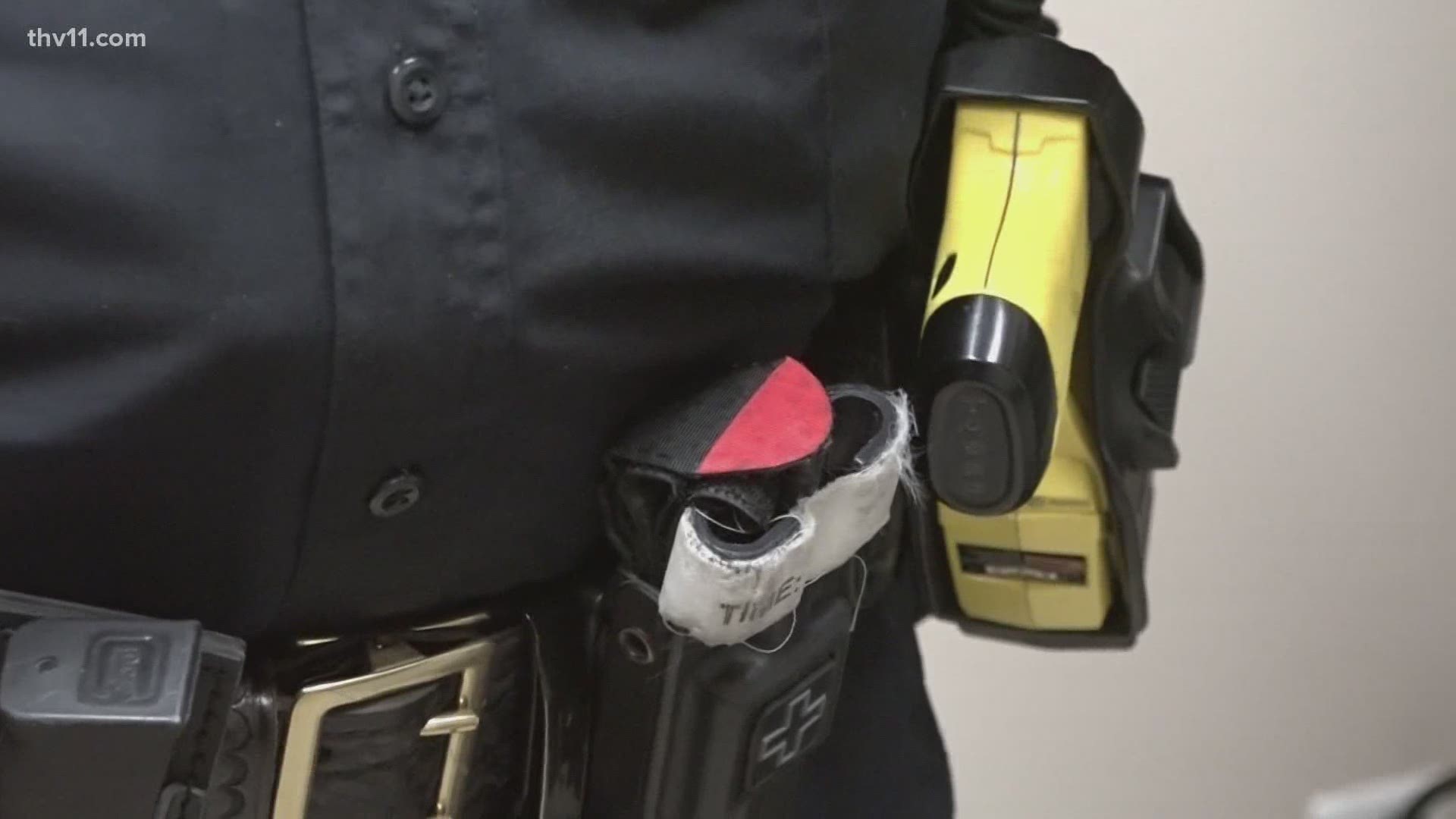 LITTLE ROCK, Ark. — Following the death of George Floyd, the governor assembled a task force to review policing across Arkansas.

Thursday, the group met to debate what exactly should be changed.

“The world is changing, so we want to make sure the training is changing with it,” said Jimmy Warren, a community activist and task force member.

Warren’s sub-committee is digging into the adequacy of law enforcement training.

On Thursday, they made five recommendations to the full committee; one being to amend the CLEST rule.

That would increase annual education hours with a strong emphasis on implicit bias, bias-free policing, and include requirements on courses regarding racial bias and cultural competency,

“We want to see more training, too,” said Lonoke Co. Sheriff John Staley. “But you’ve got to have the time and manpower to cover the shifts.”

Sheriff Staley said his concern is lack of police funding and said this has hindered additional training for a long time.

“We’ve been asking for that for years,” said Staley.

Another recommendation made by Warren is raising mental health awareness within police departments by creating a counseling policy after an officer experiences a traumatic event.

“Once you get into a situation and see a type of person over and over again, it ways a bias on you,” said Warren. “We want to get rid of that.”

Little Rock Police Chief Keith Humphrey piggy-backed off that by saying the department hopes to have a social worker on board by the start of next year to focus on mental health.

Warren said that’s something they’ll be encouraging more as a task force.

“We want to invest in our police departments, so they can have the funds to bring in social workers who’ve been trained to deal with human interactions and how to handle these situations,” said Warren. “At the end of the day, at every traffic stop, we want people to go home.”

Other recommendations made by Warren’s subcommittee are field-training programs should have minimum standard coursework, consisting of effective communication, code of ethics, social awareness, de-escalation training and duty to intervene, community involvement training, and forming a community task force.

The task force is made up of four subcommittees. The full committee will vote on the best recommendations from each group.

The full report is due to Governor Hutchinson by December 31.

The committee plans to meet again in Jonesboro at the Crisis Intervention Center on September 17.