Teachers march in unity for their African American students

"It's my duty as a teacher to fight for them and to serve them inside and outside the classroom.” 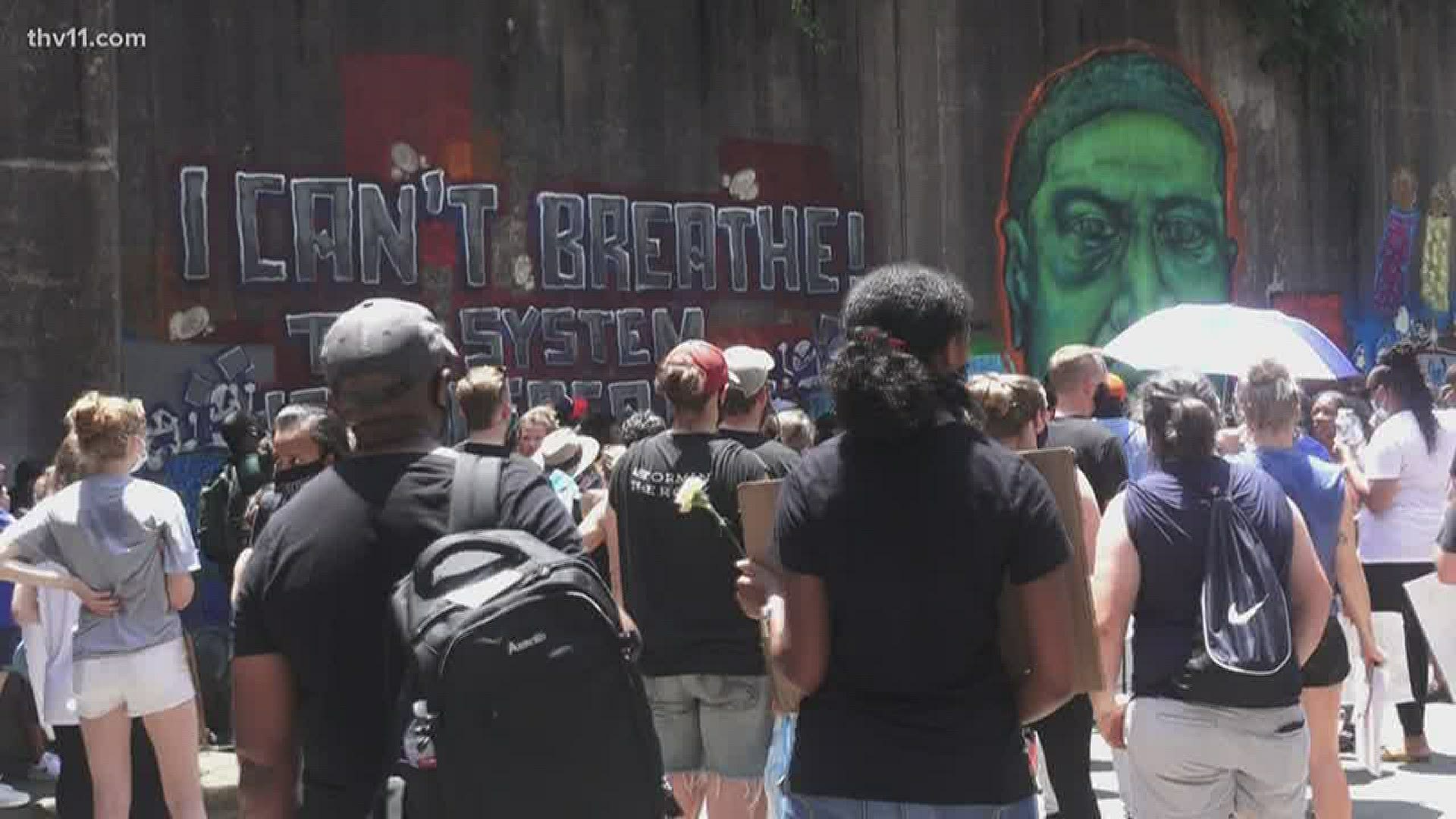 LITTLE ROCK, Ark — Hundreds of educators joined together Friday to become one voice for their African American students.

Fells said her black students not only struggle outside the classroom with racism, but the pain cuts just as deep in our schools.

And other teachers across the state mimicked her.

"It's my duty as a teacher to fight for them and to serve them inside and outside the classroom,” said Hollis Barton, Lisa Academy teacher.

Educators from teachers, counselors, and coaches started on the grounds of the Arkansas State Capitol and marched down 7th street chanting, “No Justice, No Peace,” showing support for their black students.

"We need to make people more aware that this is not a hoax,” said Fells. “These students need to be treated equally."

Protesters ended their march surrounding the George Floyd memorial where teens used their voices to cry out for change.

Supporters laid flowers at the foot of Floyd's memorial in honor of his life taken by the hands of four Minneapolis police officers, which sparked this global movement that educators have never seen before.

"I am so hopeful,” said Fells.

They hope this movement never dies, or at least until they see change.

"I want to fight for a world where they, my students, are safe,” said Barton.