The life-long Little Rock resident just celebrated his 100th birthday this past week. 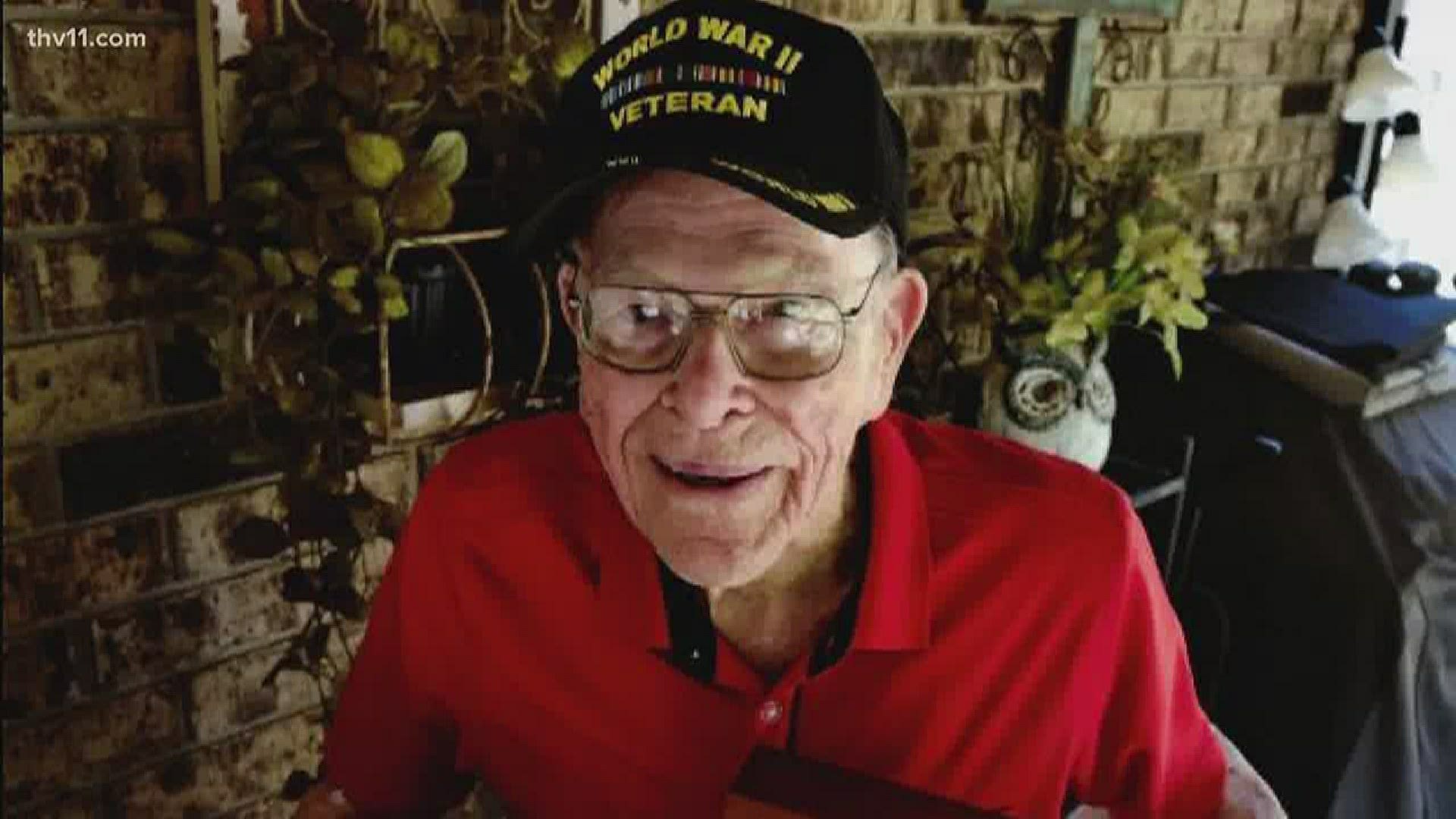 LITTLE ROCK, Arkansas — If you haven’t had to the pleasure to meet Louis Strickland, you are missing out.

The life-long Little Rock resident just celebrated his 100th birthday this past week.

“I can’t find my hearing aid,” he joked.

He wouldn’t need it to hear the cheers from his birthday, at the Arkansas State Veterans Home North Little Rock.

Louis has seen a lot in his time.

“I was there in Normandy during the invasion.”

He’s a World War II Veteran — a crew chief, his job, to keep the planes in the air, and keep the people safe.

His fellow soldiers learned quickly to believe what he said after they stumbled up on a German bomb that hadn’t exploded.

“I told him not to mess with it, he kicked it and lost his leg.”

Shortly after, he came upon a young boy whose parents had just been killed in a bombing. And comforted him as more bombs fell around them.

During his tour, his team only lost one pilot, and when he went to recover his body, Louis found scavengers.

“I told them you can’t do that, and I’m the guy who’s going to make sure you don’t and they didn’t.”

Louis Strickland — a hero we salute. A veteran who has taken care of his fallen soldiers, his fellow soldiers, and the children of war.

THV11
GO TO BED: The only counties with the chance of severe weather over ... the next hour is Ashley and Chicot. Drew and Desha counties will be done soon. Thanks for watching and have a good night's rest!

But on this day, in the middle of a pandemic where he is the most vulnerable, maybe you won’t be surprised. He’s not worried about himself.

“I really worry about my daughter. Yeah, I am. I really am.”