RayShaun McNary says the art includes so-called "Easter eggs" where words and messages hidden in the image heighten the effect when found. 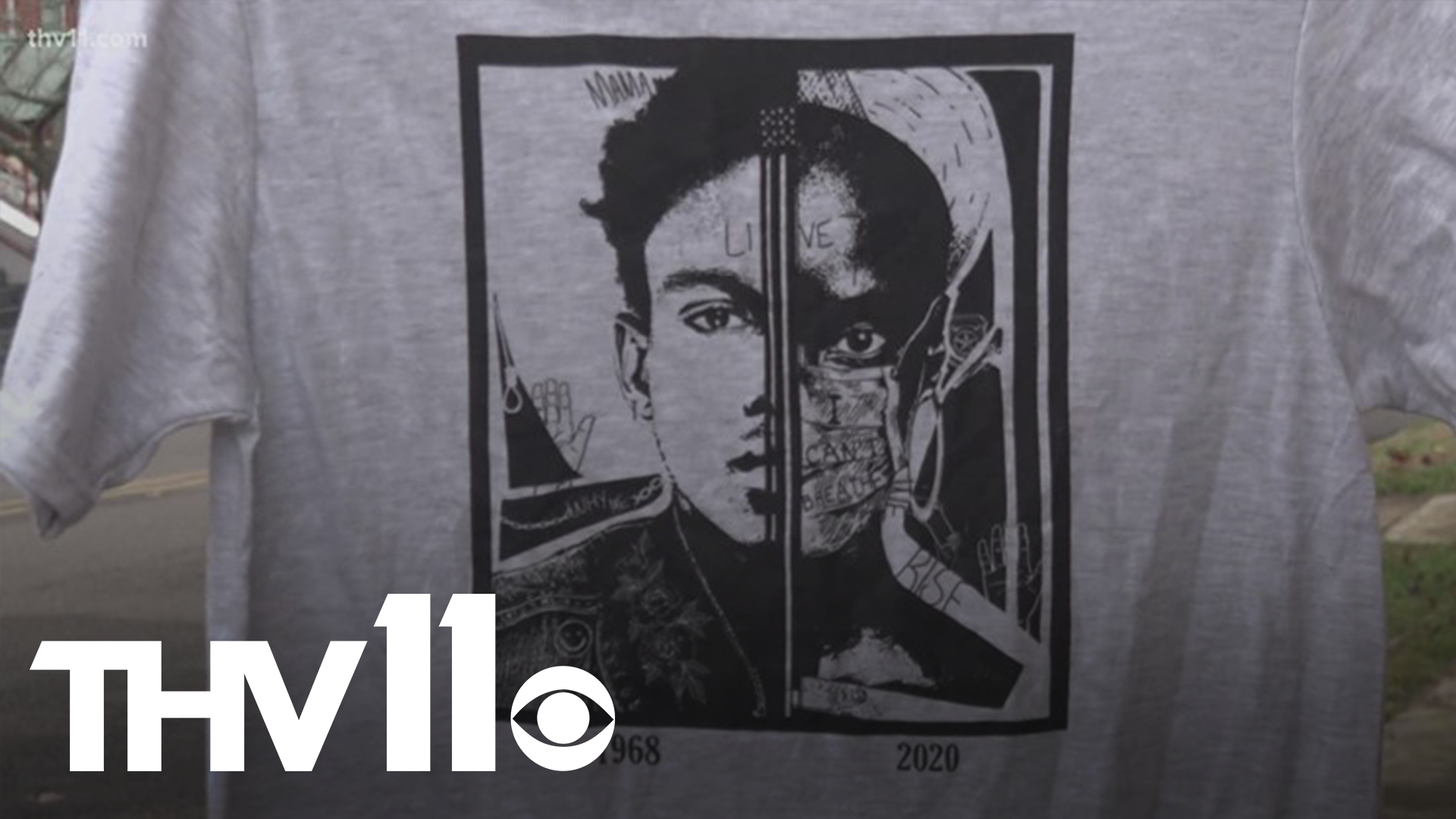 HOT SPRINGS, Ark. — There has been an outpouring of artwork from African Americans and other people of color, responding to the troubles of the year that just ended. Count RayShaun McNary among them.

The 20-year-old native of Hot Springs has gone from a mural project that is now a prominent part of the Spa City's public art tours to a work designed to inspire unity and community on a t-shirt.

RELATED: Artists come together to add to the 7th Street Mural Project

McNary's "Rise" was commissioned by Be Nice Arkansas in November. He says the tumultuous times we lived through in 2020 are "100 percent" of the focus of the stark black and white image.

"It's been really rough to not be able to personally see people who I grew up with," McNary said. "People who I went to school with have now passed away."

"Being a mother of two Black males, it's been rough," said his mother, Mechele McNary.

But through it all, the son has surprised his parents by staying busy since completing the mural on the Webb Community Center in Hot Springs.

But he then points to dilapidated buildings on the three corners of the block next to the Webb Center and concludes his community is still stuck - or cut off - from that past.

So McNary signed up for the chance to take his art off the wall and get it moving... on a t-shirt.

"I subtitled it "History in a Different Trend," he said, holding up the shirt. "Meaning what we hadn't acknowledged back then is now being brought up now."

McNary says the art includes so-called "Easter eggs" where words and messages hidden in the image heighten the effect when found.

The word "mama" definitely hit home for his mother, who recalls some of the final words of George Floyd, the Black man who died while being arrested in Minneapolis last May, sparking unrest across the country.

"I just recall him calling for his mama," Mechele McNary said. "That right there, every time I look at it, it just brings me to tears. It just makes me think about that."

She is not the only one moved by the work. The shirts are selling well, with orders from 11 different states since they went on sale. Portions of the proceeds are donated to the Arkansas Food Bank, but the demand indicates people are open to McNary's message.