The council approved two pots of money to go toward contact tracing in the state, including $7-million dedicated to reaching hard-hit minority communities. 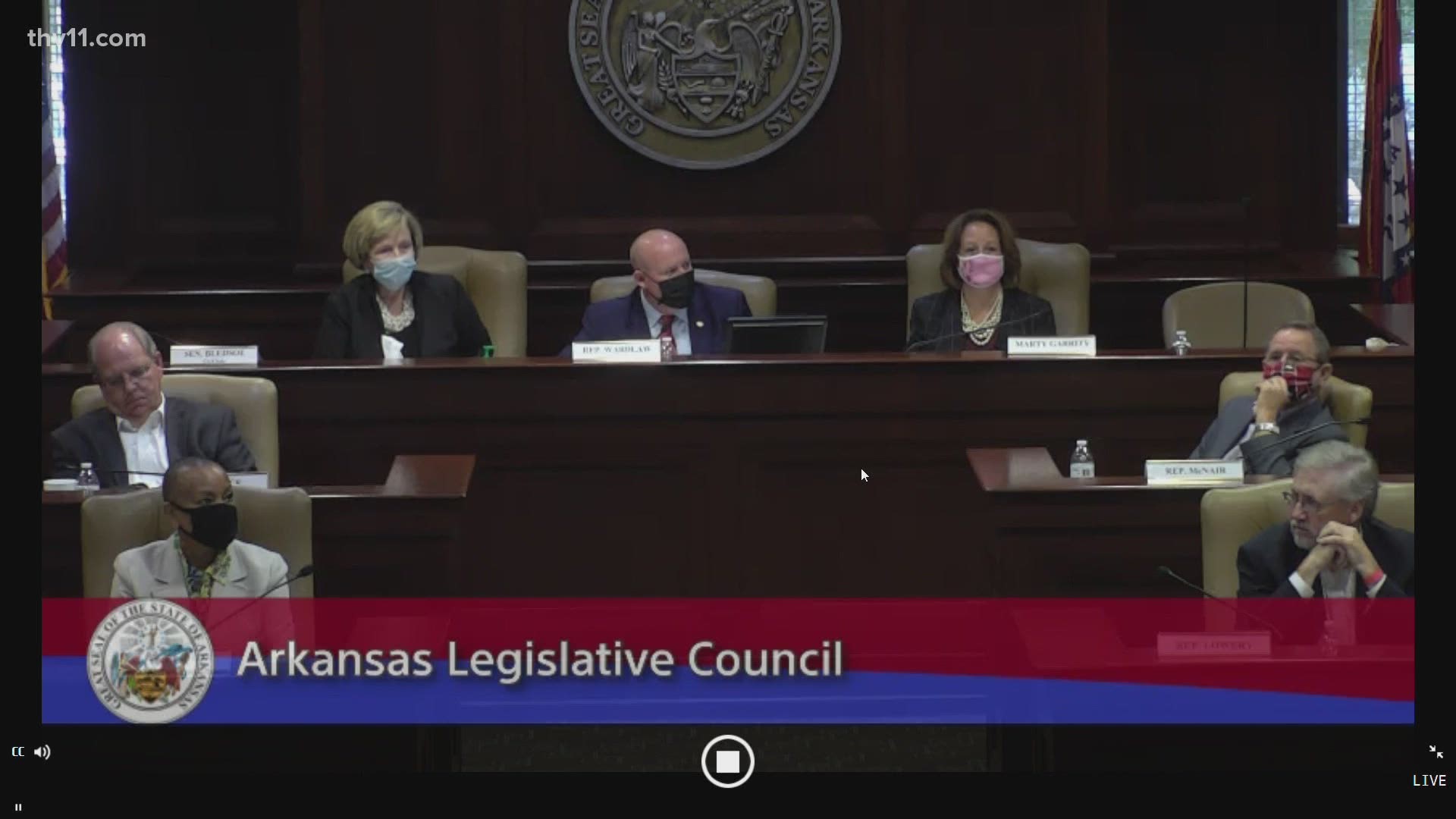 LITTLE ROCK, Ark — The Arkansas Legislative Council approved two pots of money to go toward contact tracing in the state, including $7-million dedicated to reaching hard-hit minority communities, like the enclave of Marshallese in the northwest part of the state.

The Tuesday vote came after two hours of discussion and questioning of officials with the Arkansas Dept. of Health. Some conservative lawmakers delayed the funding request last week. They defended that move Tuesday as asserting their role as keepers of the state’s purse and a check on the executive powers of Republican Gov. Asa Hutchinson.

“There's not a single representative in here that doesn't care about the people they represent,” said state Senator Missy Irvin (R-Mountain Home) in response to criticism over the vote delay.

Other members of the council, which is the main governmental body that conducts business between formal legislative sessions, continued their criticism that began the day before, when interim Secretary of Health Dr. Jose Romero was forced to defend the statewide mask mandate and other decisions related to the virus.

On Tuesday, members questioned why the ADH needed more money after earlier funding requests. They also expressed concerns that tracing would be ineffective if a prolonged backlog in getting testing results continues.

State senate majority leader Jim Hendren (R-Gravette) made his case for why the funds needed to be approved.

“We've got arguments here today about process, about contractors arguing about it,” he said. “Meanwhile, we've got a population that is being devastated.”

Senior Democrats focused on the necessity of taking a different approach to reach the minority communities who have reason to be historically distrustful of the government and public health care.

“I wish that say the Marshallese community just trusted us, but that's not the case,” said state Sen. Joyce Elliott (D-Little Rock).

After about 90 minutes of discussion, the council passed four motions that approved $16-million in added money for tracing and the smaller portion for the specific communities. No vote totals were announced after two roll-calls, but at least 35 members supported the funding.

Gov. Hutchinson applauded the vote both in his daily news conference and on twitter later on Tuesday. He also had to size up the number of people in the state displaying what he calls an independent spirit, some of whom right now are inclined to defy him.

“I identify with that. I don't like it either, but we pull together,” the governor said. “We work together to get over this.”

There are two contractors tasked with contact tracing, the non-profit AFMC and a subsidiary of General Dynamics. The latter said it had hired the promised 350 tracers as of Tuesday. The former was about halfway to that target.

Between the two, there is only one person who speaks the Marshallese language. Both had about three dozen Spanish speakers.