The state defied national trends and posted a huge drop in unemployment last month. But an old problem from last year is delaying help for some still out of work. 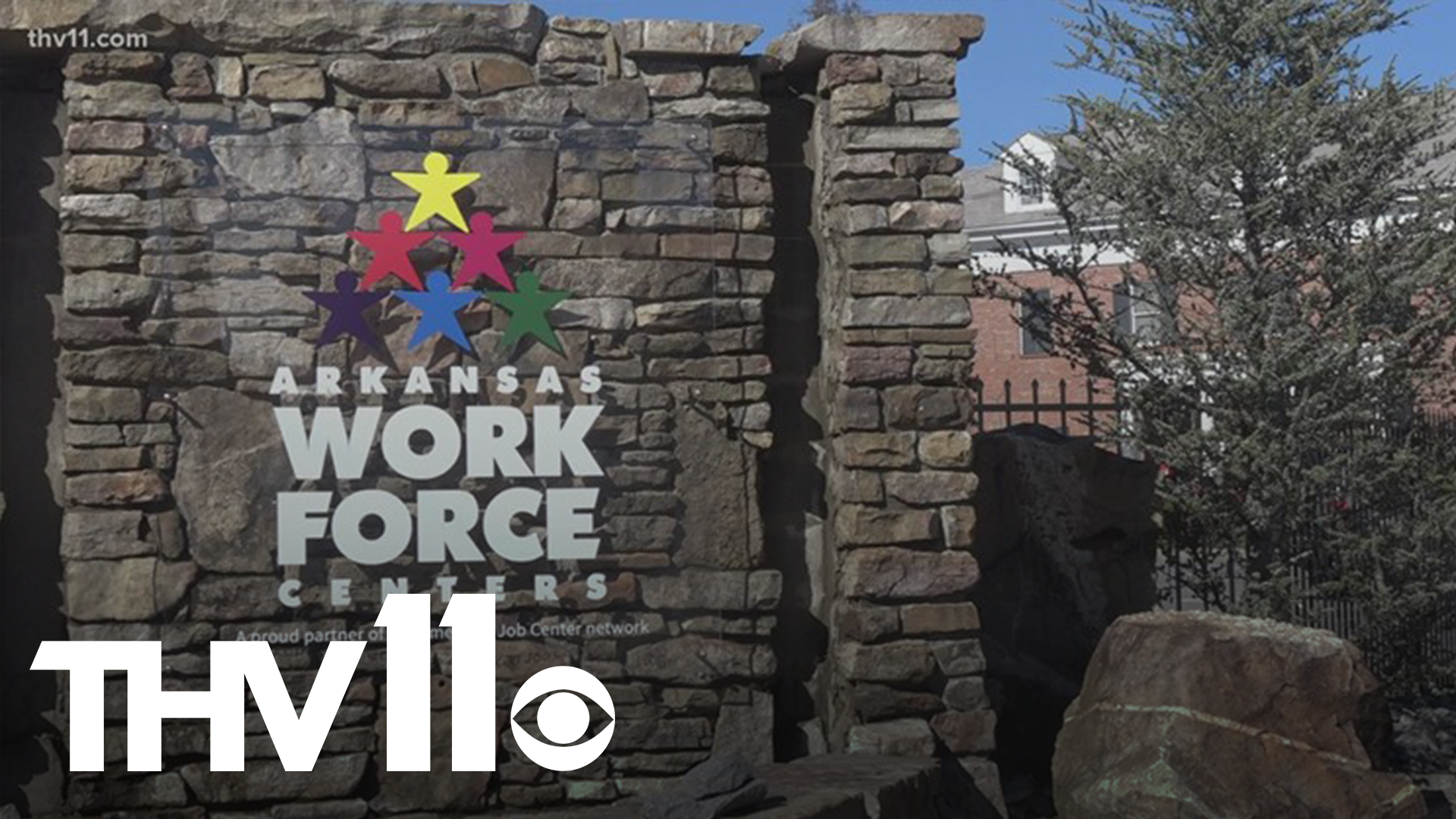 LITTLE ROCK, Ark. — Arkansas appears to have bucked a national trend and saw a large drop in the unemployment rate in December, but the news was tempered Tuesday as the agency that distributes unemployment assistance in the state said a delay in a key assistance program will continue, potentially into February.

Gov. Asa Hutchinson and the Arkansas Division of Workforce Services reported the decline to 4.2 percent last month, down from a 6.3 rate in November and more than two points lower than the national average.

But soon after trumpeting the bright economic news at his weekly coronavirus briefing, the Republican governor had to explain why federally approved funds for the Pandemic Unemployment Assistance program have not gone out.

"We understand that there are some real compassionate needs that need to be met," said the governor.

Some of those compassionate needs include missed mortgage payments and repossessed cars. Brittany Russell of Gould has faced both in the last six weeks, months after losing her waitress/bartender job at Triple P Restaurant in Pendleton.

"You have all these bills and you look ahead to Monday to know if you're going to be able to pay them," said Russell. "And you look and the money is not there."

Russell had been getting assistance regularly, filing claims through the state portal created last spring to handle the new program designed to help freelance and gig workers who traditionally couldn't get unemployment insurance.

When the funding for the PUA lapsed as the CARES Act ran out, state officials had hoped to quickly restart payments once Congress approved a new plan in December.

But it didn't work out that way.

"We had systems that were built and in place, but the new guidance that the Department of Labor put out, it put in a lot more stringent requirements for identification," said Michael Preston, the state Secretary of Commerce.

The reason for the stringent requirements was prompted by a problem that soon beset all assistance programs last year.

"There was so much fraud in the first round of the PUA that we had over 50,000 fraudulent claims that we then have to sift through on an individual case-by-case basis," said Preston.

The requirements forced the computer consultants to essentially take the site offline and build in new verification elements. People like Russell have been asked to continue to file with the promise of retroactive payments once it's up and running. People filing new claims have been asked to submit identification and then also wait to hear for approval.

That has led to confusion for people like Russell, who gave birth to her second child just as the pandemic hit last March.

"You get a different answer everyday," she said. "They tell me one thing and then say it might be mid-February. My mom calls up and she gets told something different."

Both Preston and the governor sympathize with people stuck in the predicament. The commerce secretary believes they need just a little more time.

"We just have to go through all our tests on our side now and as soon as that testing is complete, as soon as the federal government gives us the green light that all systems are go, we'll be ready to push those checks out," Preston said.

The governor urged people waiting on aid to contact local assistance groups like the Community Action Agency in their area. He also said food banks are available and an eviction moratorium and financial assistance is there for renters.

"I know they're working very hard to get this done as soon as possible because we know there is a need," the governor said.