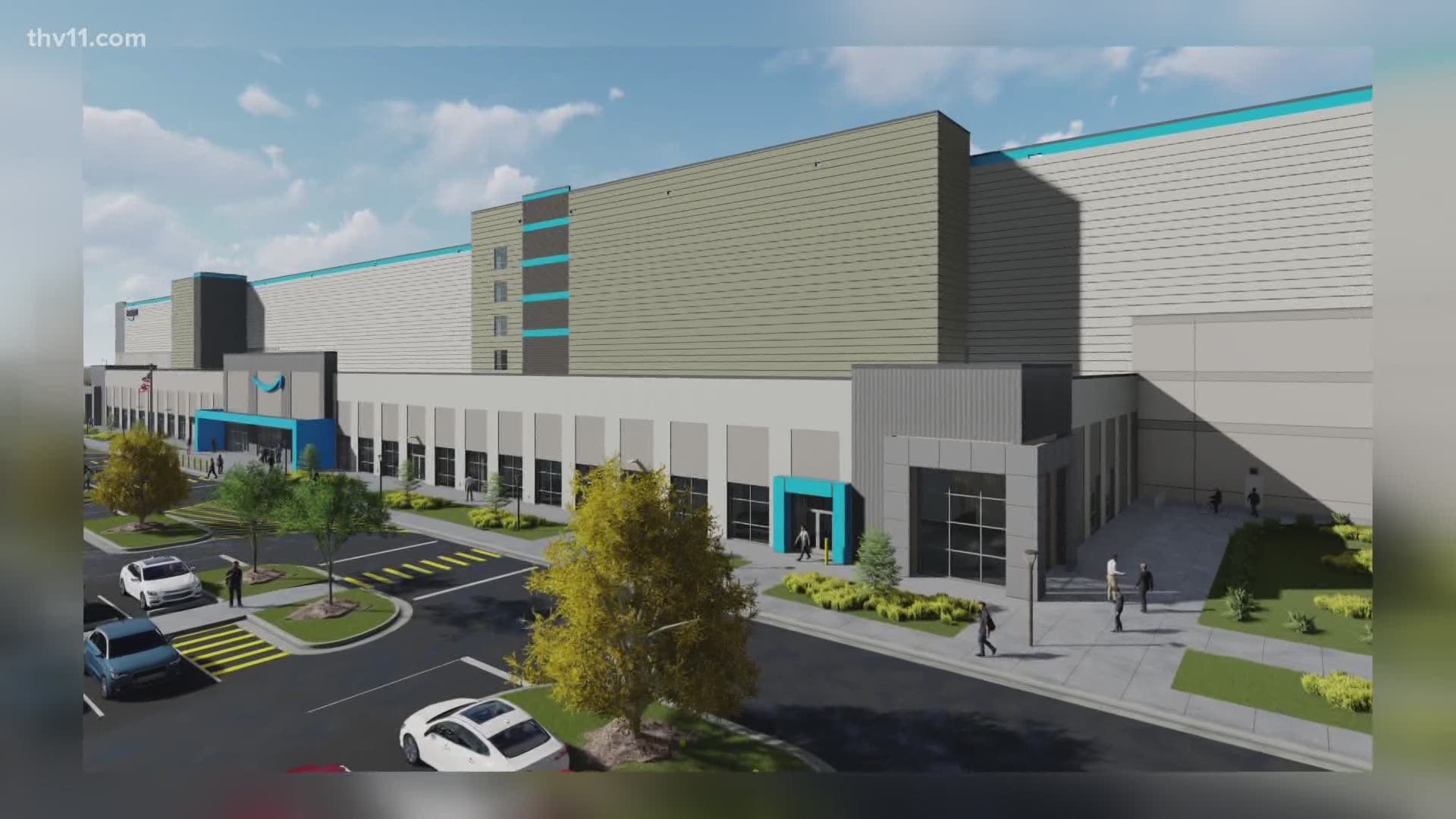 President and CEO of Little Rock Regional Chamber Jay Chesshir hopes the number of jobs will keep on growing year by year.

"It'll be a wide variety of job,s from management of the facility and of the shifts, all the way down to folks that literally are receiving goods as they're coming in by truck," he said.

The facility will be 825,000-square-feet, according to Arkansas Business's website.

Little Rock city leaders signed off on a $3.2 million 80-acre land sale for the project in the Little Rock Port that same month.

"We're delighted to be building out our network of operations in Little Rock, Arkansas," said Alicia Boler Davis, Amazon's vice president of global customer fulfillment, in a news release.

"We greatly appreciate the strong support from local and state leaders as we look to open our first fulfillment center and second delivery station in the state of Arkansas.

We look forward to creating over a thousand jobs for the Little Rock community, with industry-leading pay and comprehensive benefits starting on day one."

Amazon said workers at the new facility, under construction now in the port, "will work alongside Amazon robotics to pick, pack and ship small items to customers such as books, electronics and toys."

Amazon said it is also planning a new 85,000 square-foot delivery station, set to launch in late 2020.

The company said the delivery station will "create hundreds of permanent, full-time and part-time jobs."

This second delivery station will be located in Southwest Little Rock and according to Chesshir, will create hundreds of permanent, full-time and part-time jobs.

"In a time when people are worried about their opportunity to earn a living, we're giving them new opportunities that will come about in the very near future to be able to not only earn a living but to create a career," he said.

With an internationally known company like Amazon making its mark here, Chesshir believes the capital city will keep rising to the top.

"When you wrap all of that together then the future of Little Rock and Central Arkansas is truly bright," he said.

Keep an eye out on Little Rock Regional Chamber's website for details to come soon on how to apply for these jobs.