One restaurant owner said the behind the scenes work during the pandemic should pay off and bring a huge financial boost to his business and surrounding places. 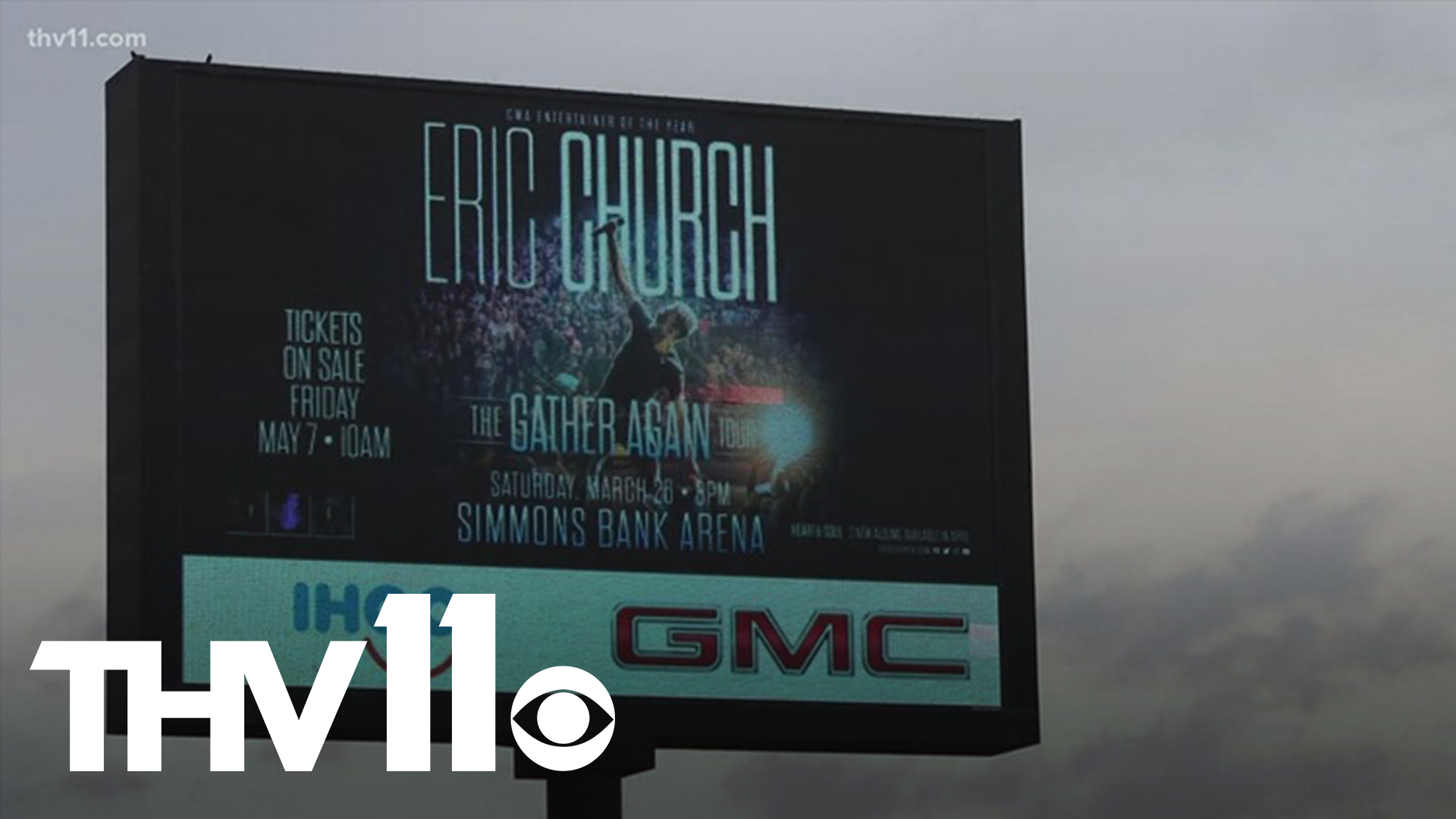 He’ll be here in March of next year for his Gather Again Tour, but the announcement itself brings hope to a lot of people.

“We want to get people shots in arms so we can have butts in seats,” said Michael Marion, general manager of Simmons Bank Arena.

“We all know Elton John is coming in January and now we have Eric Church in March of next year. We are working on some stuff for the fall. We are kind of getting in the groove again,’ said Marion.

Surrounding business owners, especially restaurants in the area, are thrilled.

“To see it up and going again, we can’t wait,” said Jess McMullen, owner of Flyway Brewery.

McMullen said last year everything shut down just days before the Cher concert, which typically are nights that bring the most business.

“I remember that being canceled and restaurants closing, and we were just hit hard,” said McMullen.

But now, when the concert crowds return, there’s more in store like new restaurants and an outdoor dining district in Argenta.

McMullen said the behind the scenes work during the pandemic should pay off and bring a huge financial boost to his business and surrounding places.

At the arena, as more people become vaccinated, more show announcements are in the process.

RELATED: Concert venue looking forward to the future as more Arkansans get vaccinated

“We will roll on into fall and I think we’ll have full capacity shows. These are all things we were hoping for and now it’s coming to fruition,” said Marion.

Tickets for the Eric Church concert will go on sale Friday, May 7 at 10 a.m.
Church will perform at Simmons Bank Arena Saturday March 26, 2022.