Over 600 dresses at Buffie's were left without love when the pandemic hit. But since Gov. Hutchinson loosened restrictions, dress sales have taken off. 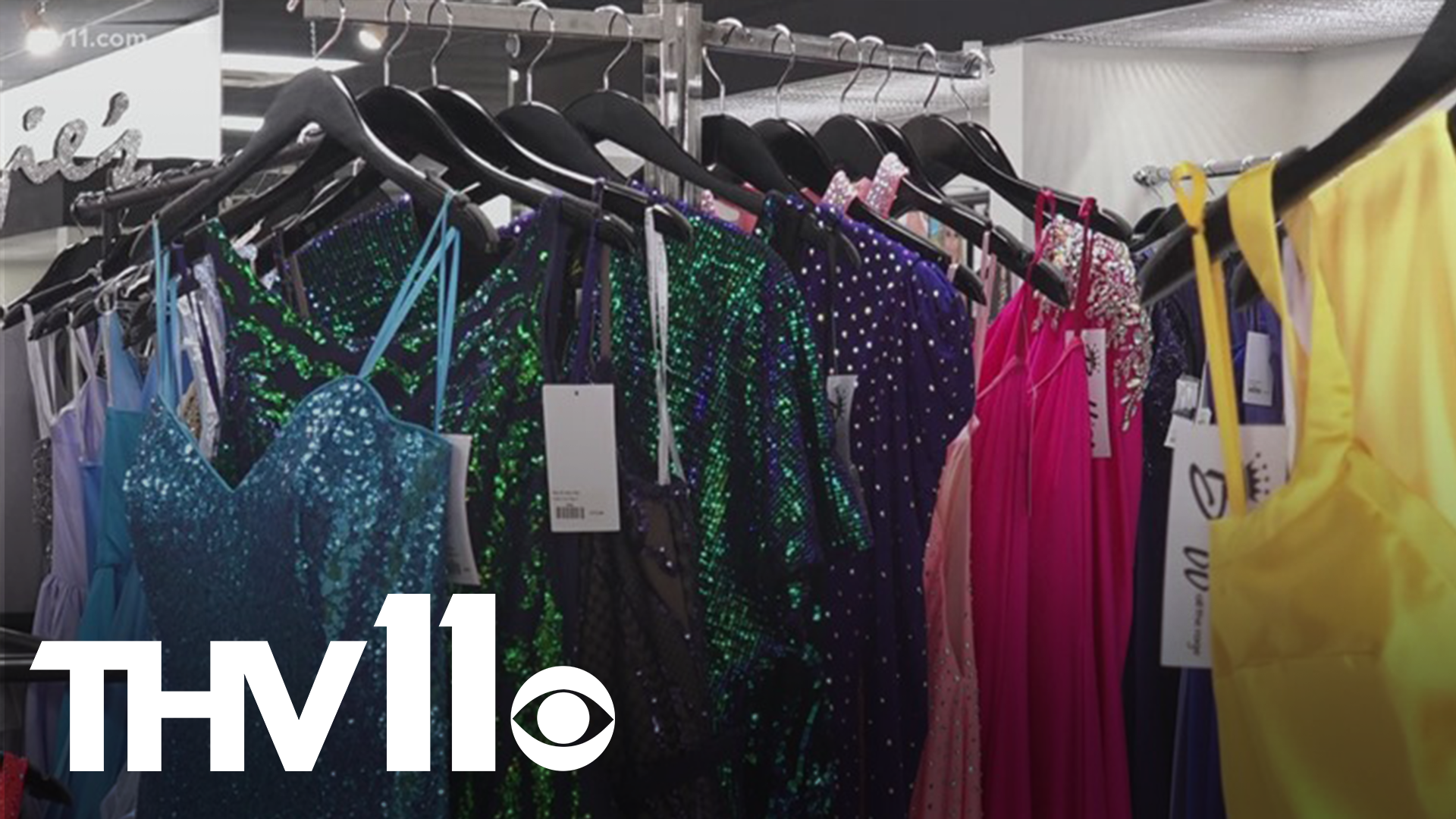 LITTLE ROCK, Ark. — Plans for this year's high school proms have been up in the air for months.

But since Governor Hutchinson made the announcement about loosening up on COVID-19 restrictions, many school districts immediately decided to move forward with their dances.

The administrators at the Pulaski County Special School District have spent the past few weeks coming up with a safe plan for prom.

"We felt comfortable in making these decisions,” said Jessica Duff, spokesperson for PCSSD.

Prom is open to PCSSD juniors and seniors.

It's one district among several in central Arkansas moving forward with the event that was abruptly canceled last year when the pandemic hit.

"To be able to give something back to these students, who've been through so much this year, that sense of normalcy without fully being normal was so important to us," said Duff.

"We were so excited,” said Buffie Mayo, owner of Buffie’s All the Rage.

Mayo isn't complaining about the rush though after being closed for eight months, taking a hard financial hit and not knowing if they would bounce back.

"This is my 20th year anniversary being in business. Had this hit any sooner, I don't think we would have survived,” said Mayo.

Over 600 dresses were left without love and nothing to fall back on, but since Governor Hutchinson’s announcement on loosened restrictions, dress sales haven taken off.

"Literally that afternoon, the appointments started. So, we still continue to go by COVID-19 guidelines and we still are by appointment only,” said Mayo.

Duff said ultimately the district's decline in their own number of COVID-19 cases played a role in their decision to host its annual prom.

"Looking at our cases that have been reported through our ADH website, we are doing significantly better than we anticipated," Duff said.

Your school's plans may vary, but PCSSD students should check with their individual schools for prom details and students will be required to wear a mask.

RELATED: Prom was canceled, so these parents surprised their daughter with an at-home party