Arkansas restaurants see drastic drop in business, but could soon be allowed to re-open

The restrictions in Arkansas could soon be lifted. But until then, restaurants like "Three Fold" are struggling to stay afloat. 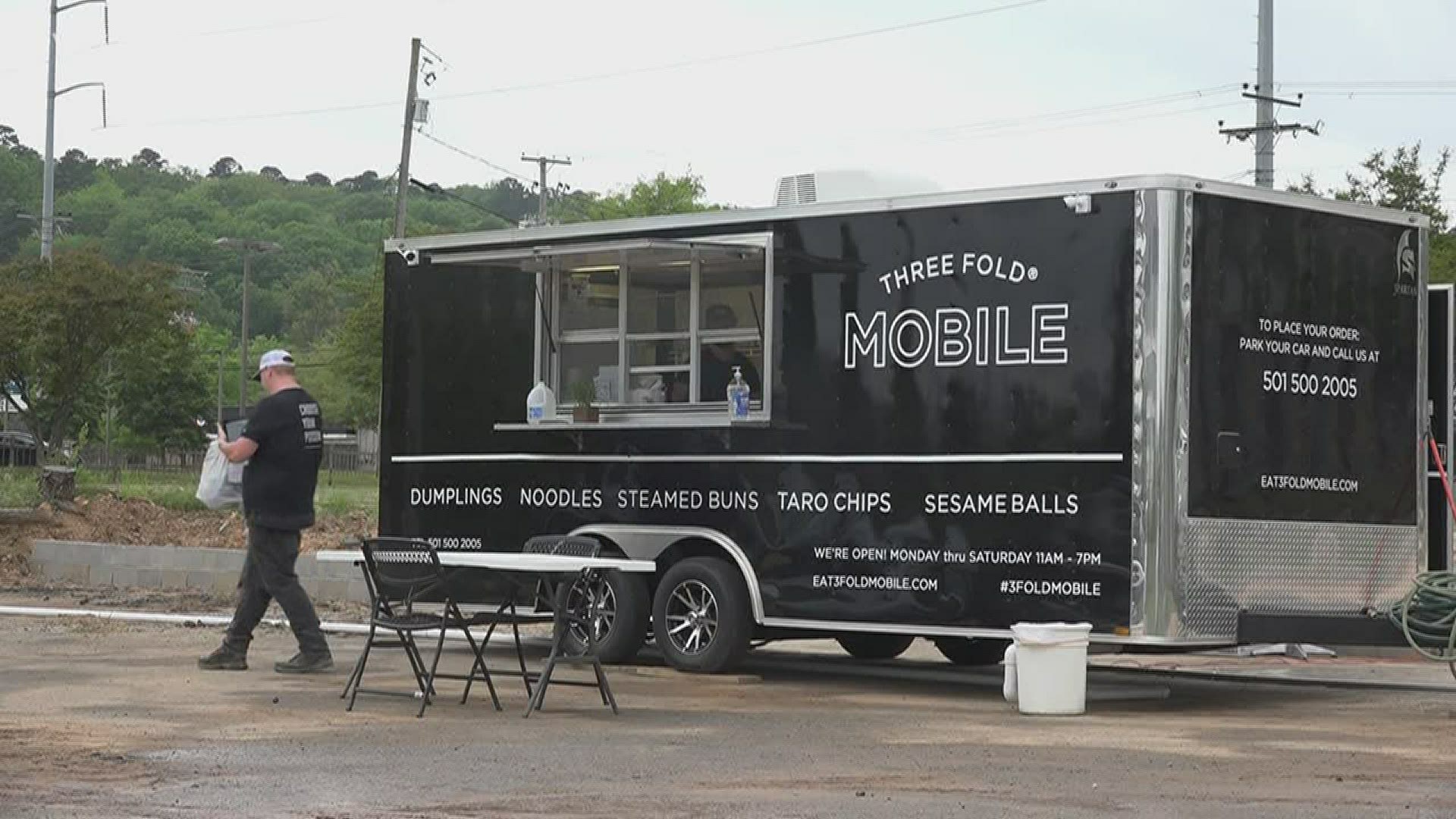 LITTLE ROCK, Ark. — Some restrictions could be lifted in May that would include reopening some small businesses and restaurants. But until then, many are struggling to stay afloat.

Three Fold is one of the only restaurants in downtown Little Rock still open and serving takeout. Even then, the owner Lisa Zhang says it is still incredibly difficult to make ends meet.

The restaurant is having a hard time sustaining itself with just takeout. Zhang said her business is in survival mode.

"We keep on bleeding. That's why we came out to find a way to stop this bleeding," she said.

She opened a Three Fold Food Truck in the Riverdale neighborhood, so the restaurant can be more accessible and hopefully at least break even everyday.

"That kind of helps us get out of the water," Zhang said.

The food truck is parked where Zhang was supposed to open a new location; those plans now up in the air.

"I almost signed a contract to start the construction just right before this disaster," she said.

Gov. Asa Hutchinson said Arkansas could move into phase one of lifting restrictions on May 4. That would include opening up some restaurants under strict physical distancing guidelines.

Zhang said she is preparing to adhere to those guidelines when told she can re-open. She said her employees will be working extra hard to make sure the dining area is clean.

"We should be able to resume the business real quick. I have confidence in that," Zhang said.

In the meantime, Zhang is just grateful she can still keep her doors open and pay all of her staff.

RELATED: Bar owner removes $3,714 in bills from walls to give to unemployed staff

"I tell my employees, 'If you want to work, then I promise you we will be the last restaurant to close down,'" she said. “I never laid off anyone and no reduced paycheck."