It's been a painful year for the Simmons Bank Arena, as well as the restaurants and bars surrounding the area that were used to the foot traffic from concerts. 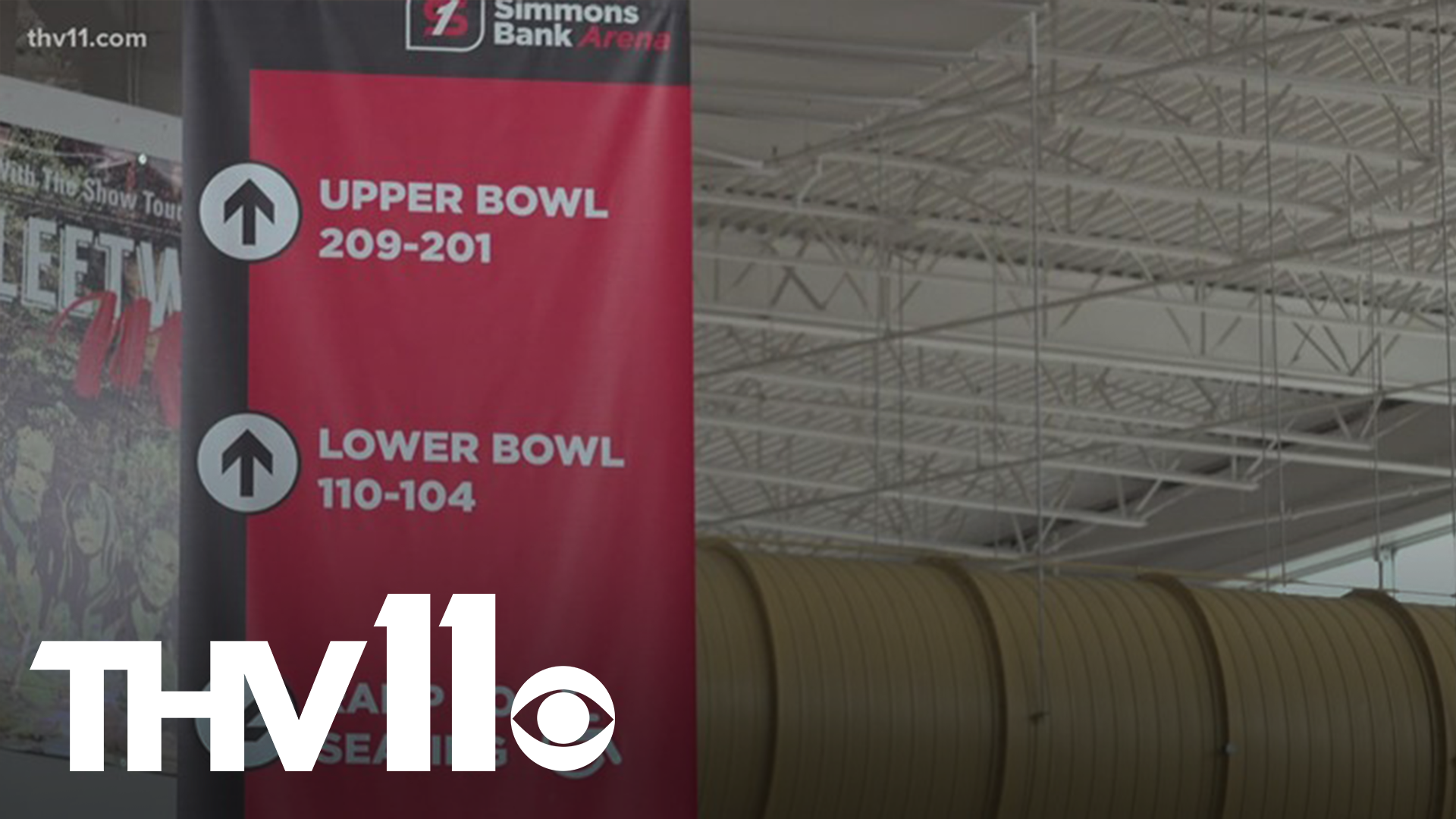 NORTH LITTLE ROCK, Ark. — The pandemic changed a lot about how we went about our days. Vacations, how we work, and even concerts have been forever changed.

It's a year that's changed his industry forever. Even one year on, he remembers the day the music stopped.

"We loaded in Toby Mac on Friday the 13th," Marion said. "We kept rescheduling shows, you know what I mean, when we shutdown on March 13th, we thought on July 2nd, we were going to be doing Elton John."

Rocketman never came, and the realization that the pandemic was to be taken seriously came crashing down for Marion.

"The saddest thing was, one of our staffers, one of our part-time staffers, who had been with us for a long time," he said. "The day of Toby Mac, she came in, but we sent everybody home, she didn't even check in. She came in, said 'Hi' to a few people and left, and she contracted it at work, and two weeks later she died."

It's been a painful year for Marion and his staff, and they're not alone. Restaurants and bars in the Argenta District rely on that business, and it's been tough without it.

"We look at the calendar and say 'ok, this is normally a slow month,'" Brayan Mcfadden, owner of Brood and Barley in the district, said. "But we have this big name coming into town, so I think we're going to be ok."

His restaurant has only been in the district eight months – setting up shop in July. The arena is one of the reasons they chose this area to begin with.

"North Little Rock right now is pushing really good," Mcfadden said. "So to have that open back up again, and us to be able to look forward to that so we can show everyone what we've done here is big too."

It's a hope for a future when concerts exist again, and a hope that Marion says he wants soon.

"Hope is, you know, just getting back to normal," he said. "We want things to be normal, but we've got to figure out what that normal is. I know that's cliché, but it's true."

RELATED: Save the Stage: With live performances on pause, communities hold on to hope