When everyone realized they could still ride bikes during the pandemic, they all seemed to rush in at once for repairs. 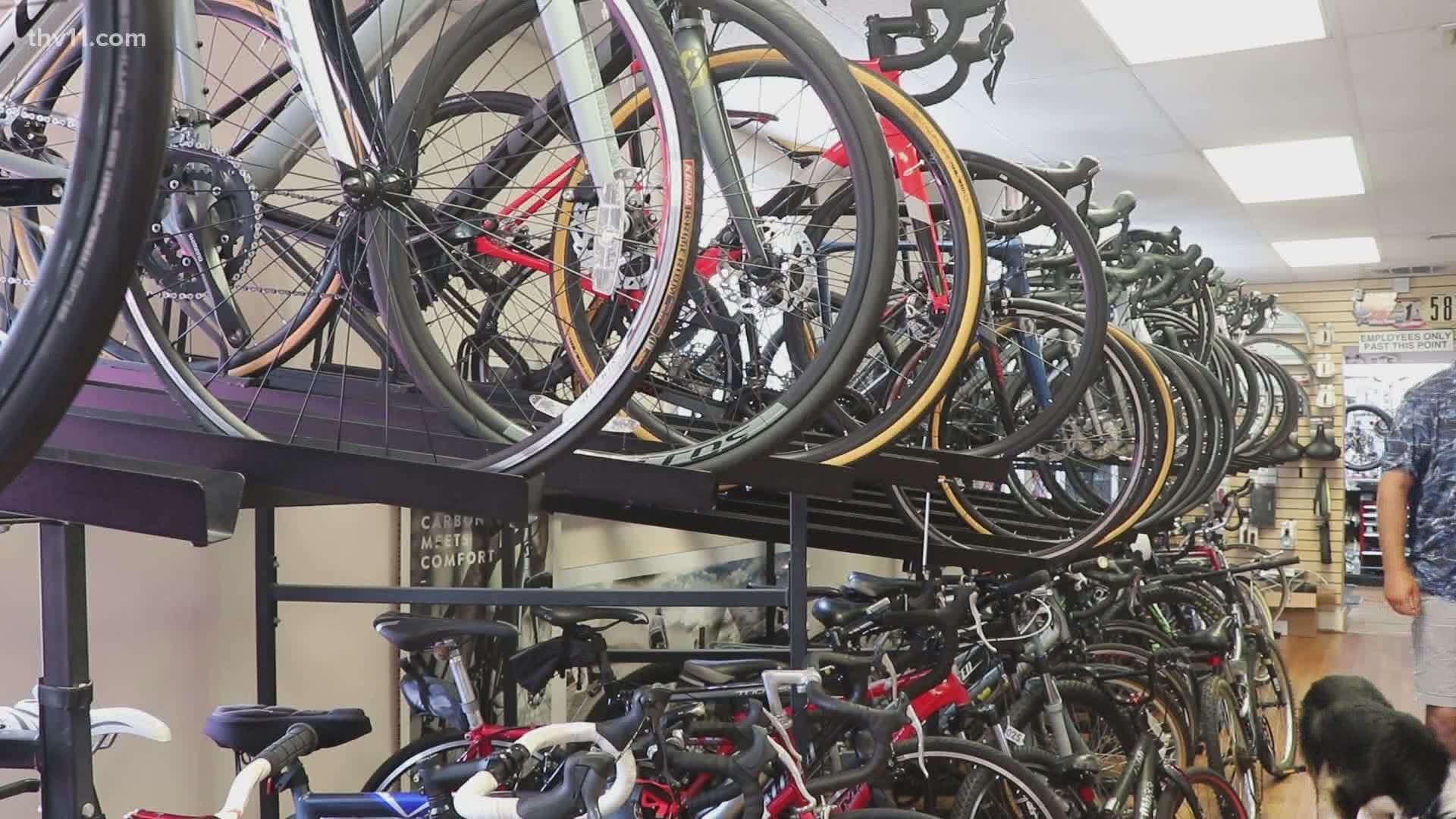 NORTH LITTLE ROCK, Ark — At the end of May, we told you how bikes were becoming the new toilet paper with bicycle stores seeing sales like never before.

For one local shop, the overwhelming demand has continued and is now meaning a schedule for them.

On June 19, David Larson, owner of Angry Dave's Bicycles in North Little Rock, decided to close his doors to the public on Wednesdays, so he and his two employees could spend that day solely focused on repairing the copious amount of bikes they were getting in.

"We've been trying to play catch-up as best we can," he said.

Before the coronavirus turned everyone's lives upside down, according to Larson, his shop would have about 20 bikes in at a time that needed a little TLC.

"When everybody decided they could still go outside and ride a bike, everybody all at once said, 'Here, fix our old broken bikes that we've had in storage for the last two years and now we want to go ride them,'" he said.

That double digit number quickly turned in the hundreds and Larson's usual two-day turn around time for repairs shifted into a three-week wait period.

"With three of us here, people coming in all the time, selling new bikes, doing all the ordering. We got completely overwhelmed and the only way we were going to make any ground up was to close for one day of the week," he said.

What Larson described as "DEFCON 1 level of repairs," 14 days into the schedule shift and the turnover is speeding up.

Now, he said they face another road block... supply issues.

Distributors are backed up after being closed for months, just like shops.

This trickle down effect is causing owners, like Larson, having to wait weeks to get a shipment in, compared to the two-day wait time he was used to.

"We wake up every morning with the world on fire going, 'What's burning today?' So it's just been, okay, this is the punches we are rolling with and so we're going from there," he said.

According to Larson, the bike shop will return to regular business hours when they start to get back up to a "reasonable level of insanity."

One of his distributors told him his shop had gone through eight months of inventory in just six weeks.

Larson said this is their normal busy season, but times three.