Restaurant owners are more excited than ever to finally see some regular foot traffic after losing staff and revenue amid the pandemic. 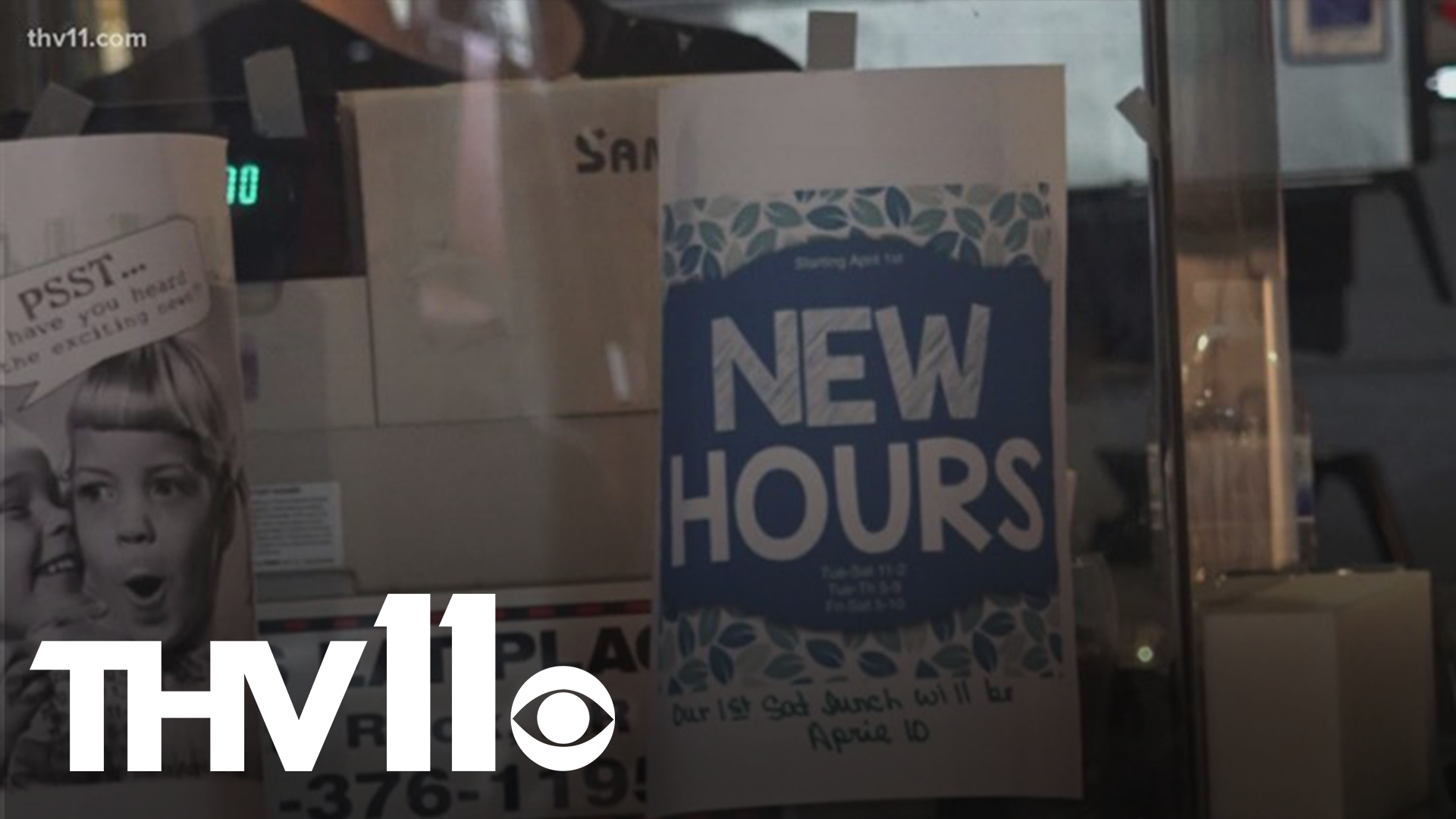 LITTLE ROCK, Ark. — Restaurants in Downtown Little Rock are coming back to life.

A lot of firsts are happening since the pandemic started.

Our business is growing again, so that means everything,” said Katherine Eldridge, owner of Doe’s Eat Place.

At Doe's, after months of not knowing what would happen to the business, more people are finally coming in to grab a steak.

When the pandemic hit, Doe's lost five employees and for the first time since then, the restaurant has hired more staff.

"It felt good growing instead of getting smaller,” said Eldridge.

To add to their excitement, they're opening back up on Tuesdays and adding an extra lunch shift.

"The exciting thing is we are going to be opening up on Saturdays for lunch, which we've never done before,” said Eldridge.

"We are excited at the fact that people are starting to feel comfortable coming out,” said Don Dugan, owner of Dizzy’s.

Dizzy’s minimized its menu throughout the pandemic to make things easier to produce, especially with limited staff.

But now the restaurant’s full menu is back, which is a big step in the right direction, according to Dugan.

"We've decided to expand that out and get that going. And we will start adding tables back in probably the next few weeks, depending on what the governor says,” said Dugan.

Dugan said getting the process back to totally normal will take time and even if the mask mandate is lifted, his staff will still wear masks.

"We'll take baby steps to get there and make sure we are doing our part to make sure things don't take off and get crazy again,” said Dugan.

Though you probably won’t see these restaurants at full capacity right now, with the strides they are making, it could be sooner rather than later.

"I'm excited that we've made it through and that we see this light at the end of the tunnel,” said Eldridge.

However, more restaurants like Stickyz Rock-n-Roll Chicken Shack are picking up and looking to hire employees.

The Library Kitchen in downtown has re-opened on Wednesdays.