Native Green Wellness is 15 minutes south of downtown Little Rock, making it the closest shop to the largest city in Arkansas. 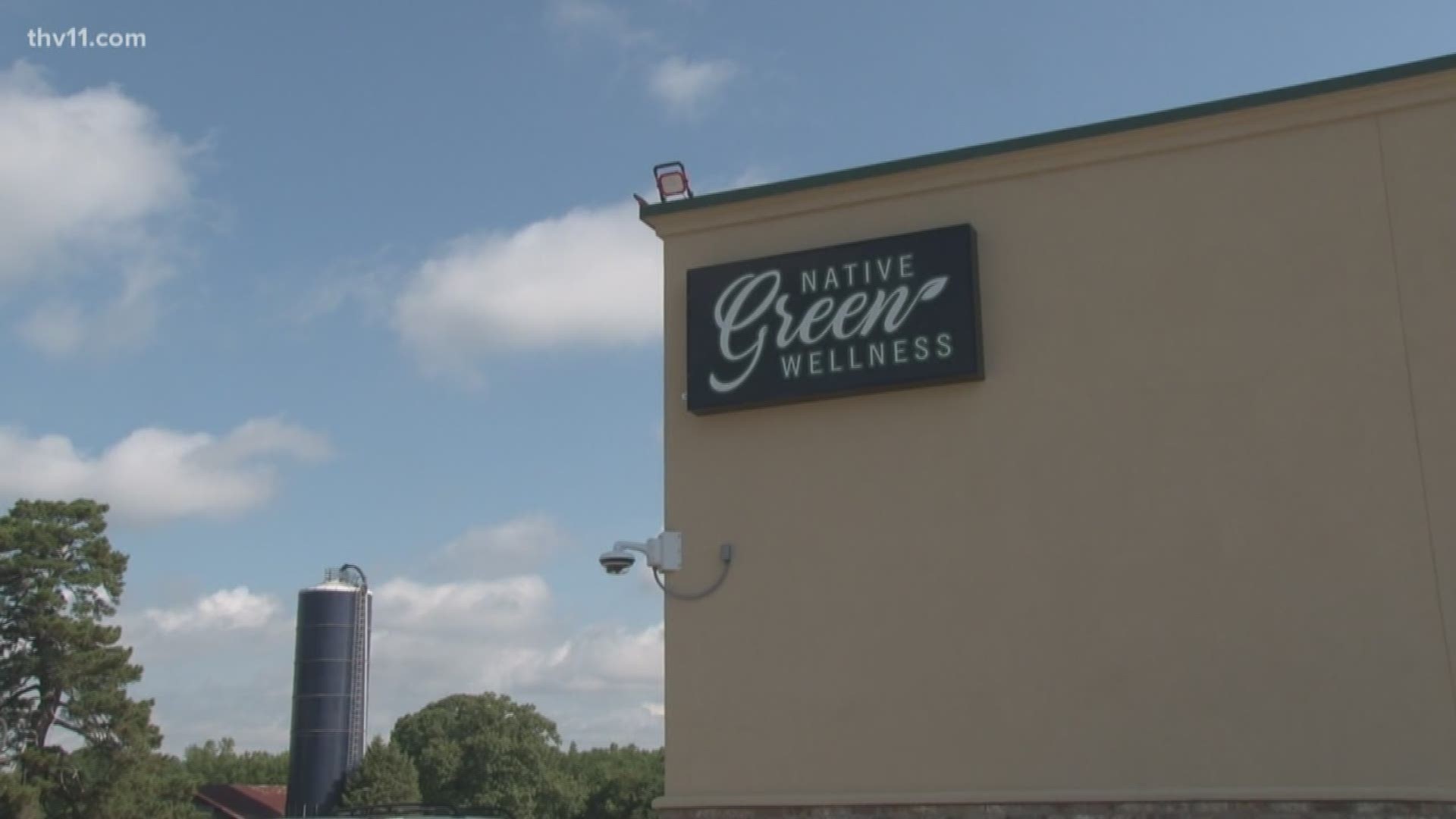 HENSLEY, Ark. — Road trips for many medical marijuana patients in central Arkansas are getting shorter with the opening of the state’s fifth dispensary in Hensley.

Native Green Wellness is 15 minutes south of downtown Little Rock, supplanting the first two dispensaries to open in May in Hot Springs as the closest shop to Arkansas’s largest city.

“It does afford us the opportunity to help more patients,” said C.E.O. Kattie Hansen. “Being right here on the Saline, Grant Pulaski County line, we're really easy to get to.”

The building is across US-167 from a farm in the middle of a grassy field, but Hansen and her employees greeted a crowd of city-dwellers, including the first customer who took an Uber from Little Rock.

Beyond that, the scene matched that of other grand openings this year. Two dozen customers lined up ahead of the doors opening at 10 a.m., and included eager patients finally taking part in a program approved by voters three years ago.

For Hansen, today marks a culmination of her family's efforts.

“I knew going into this that I had the best intentions when it came to making sure that patients had quality care,” she said. “We all share those same values within our structure, within our ownership structure and all of my employees.”

Another familiar conversation from the lines of the previous openings repeated Wednesday. Patients are bothered by the high cost of Arkansas-grown marijuana right now.

That's one advantage that Native Green is going to have at their site outside the city. They're able to build a cultivation center right inside their building and that could drive the price down.

“It allows us to have such a large facility. You know you don't have as much room in Little Rock,” Hansen said. “We're also cultivating in-house. We'll be delivering, producing, and manufacturing all within this facility.”

And in an industry with many out-of-state influences, Hansen touts being homegrown in Arkansas and led largely by female management.

“Ninety percent of our team are hired locally, and all of our ownership - our structure - we're all Arkansas owned,” she said.