Harvest House of Cannabis on Rodney Parham has announced they will open on Monday. 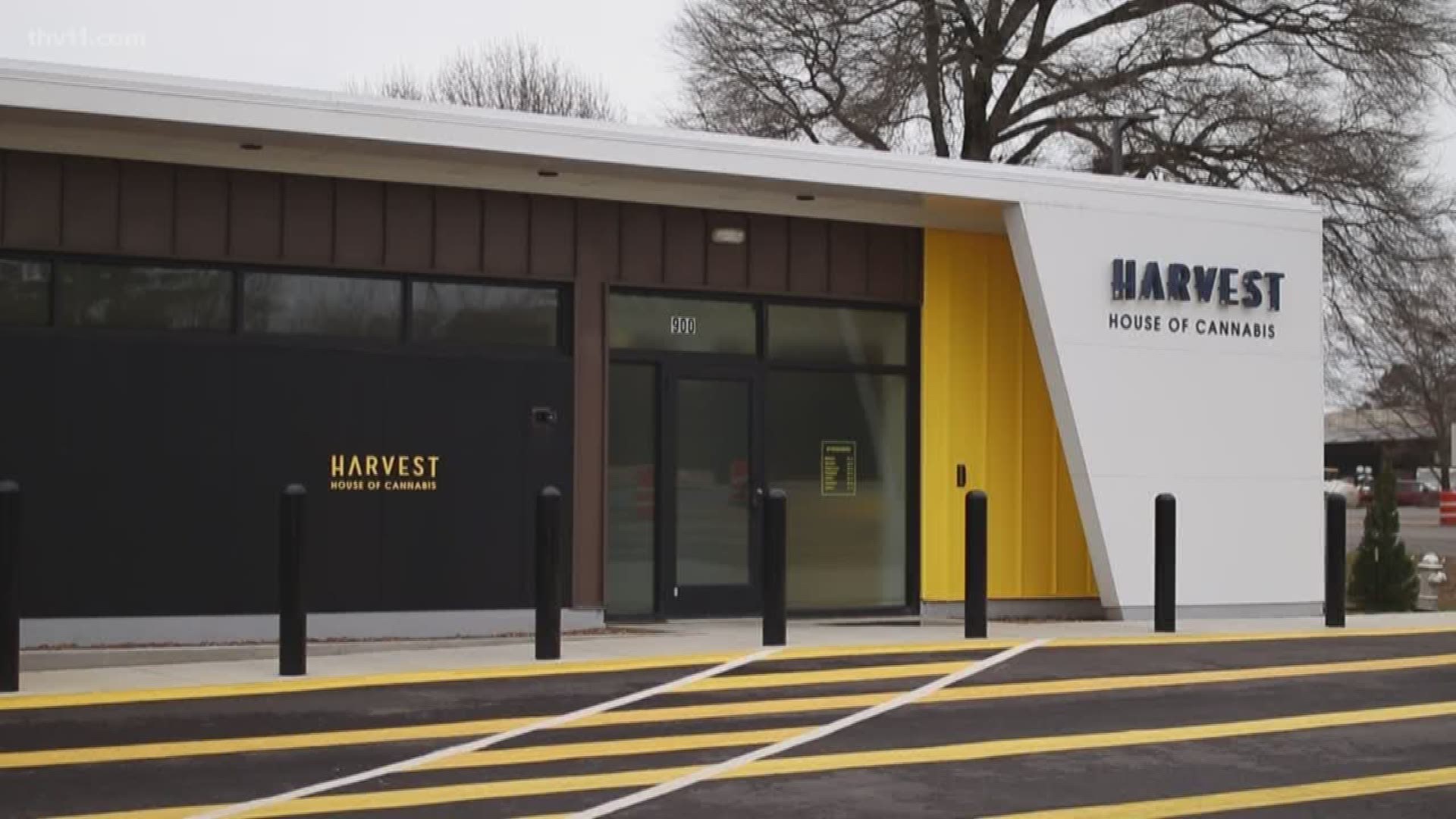 LITTLE ROCK, Ark — According to an employee, the first medical marijuana dispensary for Little Rock will open on Monday.

ABC issued a formal approval to Harvest House of Cannabis in Little Rock, located on Rodney Parham, to open for business just this week.

Harvest House of Cannabis will join the list of the 17 other medical marijuana dispensaries that are in full operation across Arkansas from Fayetteville to Texarkana.

The opening date is now at the discretion of owners.

The owners of Harvest House of Cannabis told THV11 they have plans to open early next week, at the latest.

According to the Medical Marijuana Commission, Arkansas patients have spent $38.09 million to obtain 5,904 pounds of medical marijuana.

Scott Hardin, spokesperson for the medical marijuana commission, said he thinks we are going to see market in Little Rock take off.

"After a significant wait to get to this point, patients in this area are going to have plenty of options," he said.

The two remaining dispensaries in Zone 5 that are not yet approved are Herbology in Little Rock, located on Kanis, and Natural Relief Dispensary in Sherwood, located on East Kiehl.

"We're finishing up those inspections, literally today, we anticipate that approval could be issued as soon as tomorrow," he said.

Hardin said they anticipate the overall medical marijuana sales will surpass $40 million and 6,000 pounds this week.

"Which indicates to us with Central Arkansas patients, that one there's a need and two the market in Little Rock is going to be strong," he said.

Hardin said before this approval the closest location for patients were in Conway and Hensley and to put it into perspective, he said between those two dispensaries there has been more than 10,000 pounds sold.

"I think this is really welcome news for patients across the state, there are almost 40 thousand at this point, and one of the key questions we’ve received on a daily basis is when will there be a Little Rock dispensary serving patients," he said.

Hardin said we could see the number of dispensaries in Arkansas go up to almost 40 over the next couple of years.