Thanksgiving Eve 2020 will be a significant test in the two-week-old Arkansas early cutoff at bars and restaurants. 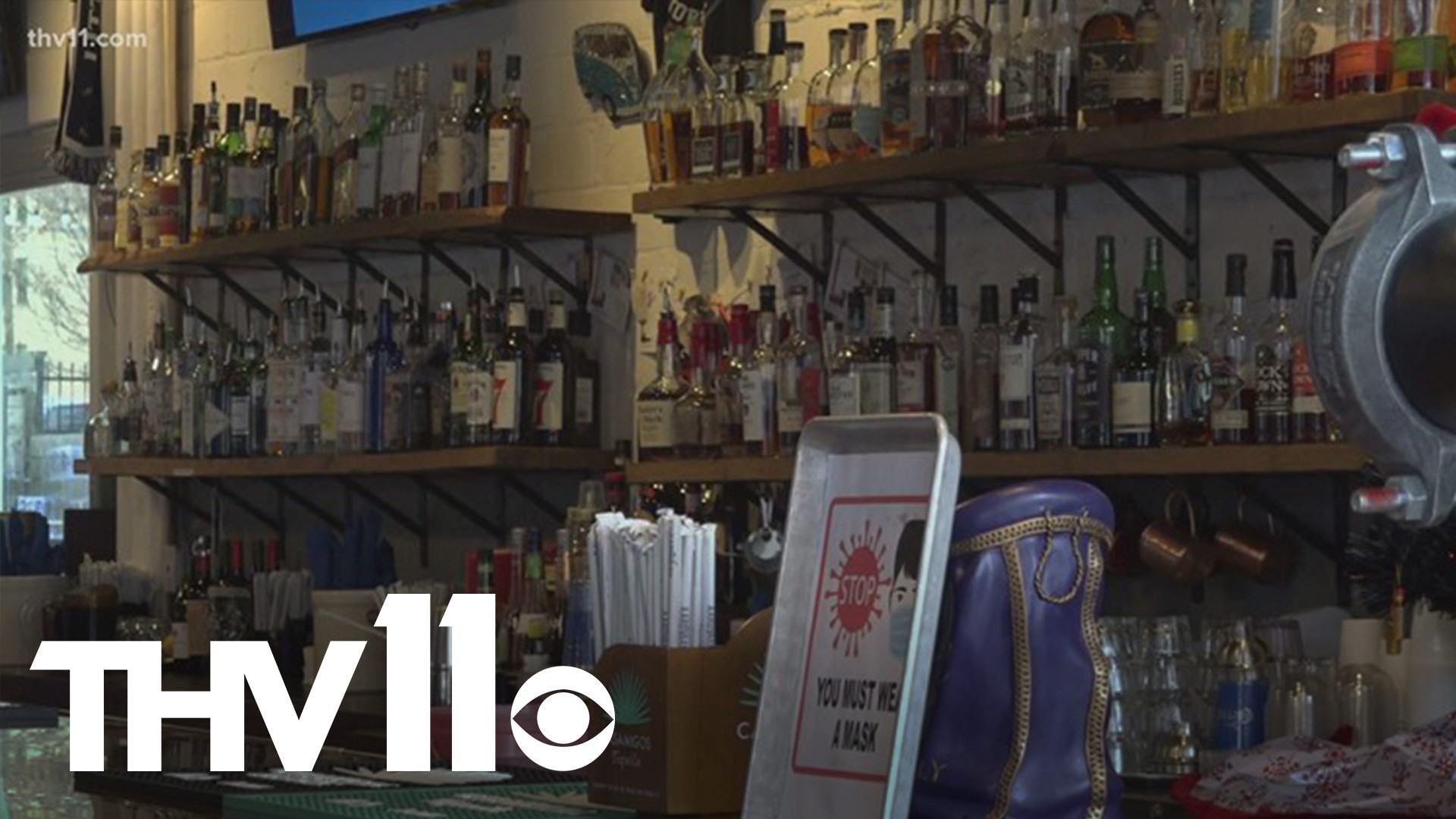 LITTLE ROCK, Ark. — After a week to adjust to Gov. Asa Hutchinson's directive to close by 11 p.m., bars and restaurants have largely complied, but they face a significant blow to their business heading into the typically busy night before Thanksgiving.

"This is one of our busier nights," said Ashley Price, the general manager at Fassler Hall, a German-style brew house in Little Rock. "People want to get out and get away from their families for a little bit. We're not sure what to expect this year."

"Owners and managers are trying to find ways to remain successful within the directive," said Scott Hardin, the spokesperson for the Arkansas Alcohol Beverage Control board. "There are quite a few locations across the state that are doing that."

Hardin delivered that assessment after looking over the results of hundreds of inspections last weekend. Places with wide-open spaces and outdoor dining have done just as well as many small hole-in-wall spots. The effort comes in the face of rising COVID-19 cases and wagging fingers who say bars and restaurants are spreading the virus.

The data in Arkansas doesn't support that, with the most recent active case report indicating 3.2% of contact reporting having visited a bar or restaurant. The weekend inspections found 93% of liquor license holders complying with guidelines. The handful of failures had common themes.

The early cutoff time figures to really eat into business at late-night clubs, but based on the numbers of phone videos sent into the the A.B.C. on Monday mornings, those clubs have been problematic.

"We've all seen these social media videos in which you see a packed dance floor at a club in Arkansas," said Hardin. "It's one or two o'clock in the morning and you have 100 people on the dance floor."

Expect those approximately 700 establishments to be the focus of inspectors in weeks to come, but for now, the state is asking bars to keep doing their best.

Even as more body blows land on the bars' bottom line.

"It's been changing so often this year, we're just trying to roll with the punches," said Price.