Downtown North Little Rock is bustling with new apartments and businesses, but the closest grocery store is at least five miles away. 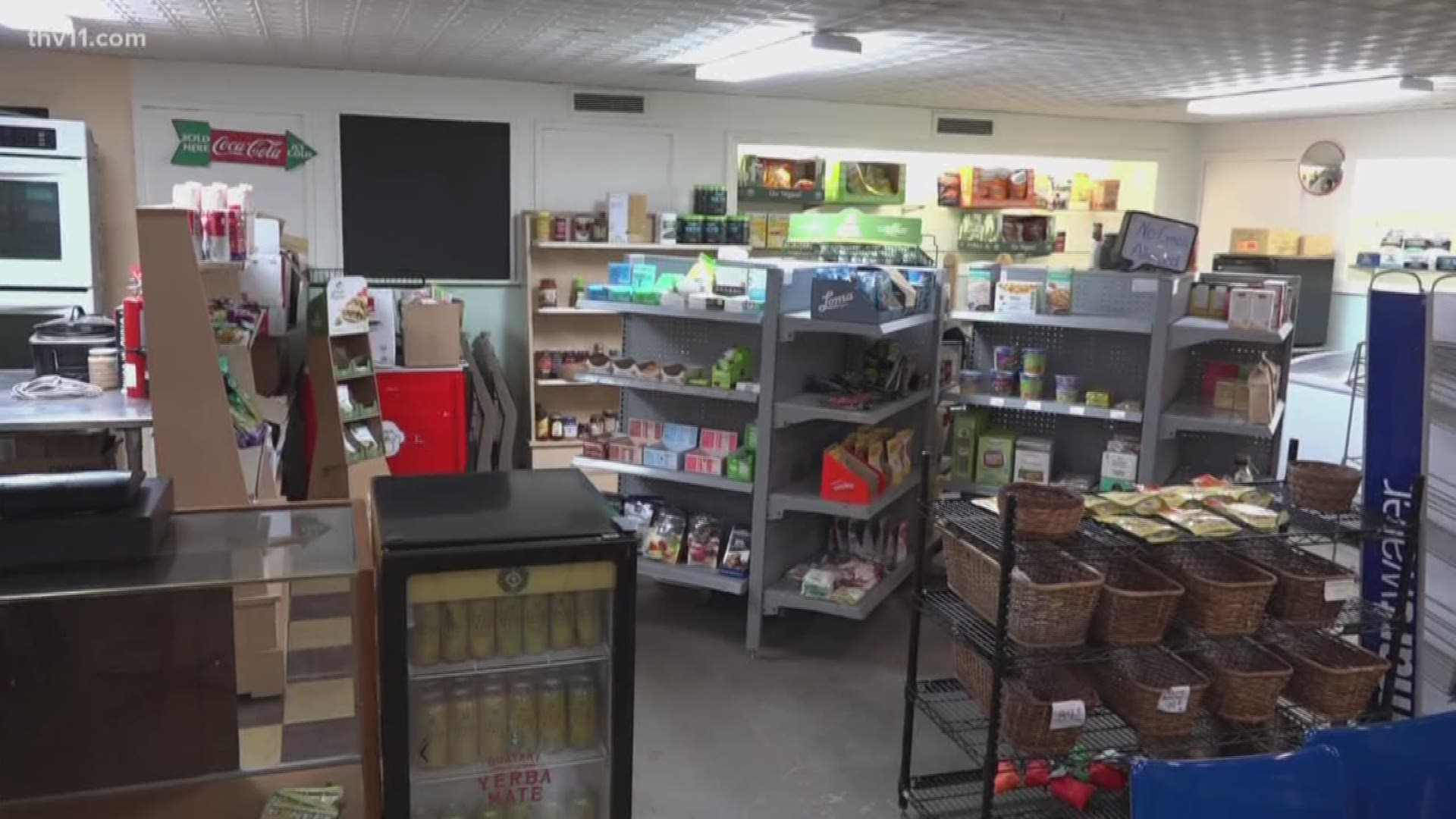 NORTH LITTLE ROCK, Ark. — The owners of a small-scale grocery store are moving their business to downtown North Little Rock to give people who live in Argenta a much needed option.

"There's nowhere for anyone around here to get milk, produce... the little things that you need," Amanda Wilson said.

Downtown North Little Rock is bustling with new apartments and businesses. But, the closest grocery store is at least five miles away.

"We've done some driving around recently with being down here so much and hadn't realized how much it has grown," Wilson said.

Amanda Wilson and her husband are about to change that. The two are bringing their grocery store "Nana's Organix" to Main Street in Argenta. The store was previously in the county for the past two years.

The store will sell mostly organic, locally grown products. The produce is locally sourced, too.

"All of our meat is from Arkansas. All of our eggs are Arkansas, they're farm fresh. We get them once a week," Wilson said. "We have several farmers that grow specifically for our store."

It's also a pretty unique set up. The store is inside Galaxy Office Furniture on Main Street.

"We knew there was a need and we had room," Wayne Hogan said.

Wayne Hogan, owner of Galaxy Furniture, felt putting a grocery store inside his business would be great for Argenta.

"There's a lot more people moving in and living here and there's things they need," he said. "You may not do a full grocery shopping day, but you need the eggs, you need the milk, you need the bread."

The grocery store will also operate as a restaurant.

"We have the food window which is coming soon, which all of our food comes packaged to go. It's all organic," Wilson said.

Wilson hopes Nana's will be useful for those who live around the corner.

"We'll be here and they'll be able to get the things that they want and what they need," she said.

The Wilson's are still waiting on an inspection from the health department, but they hope to be open by Feb. 1.

RELATED: Behind the fences of the highly-anticipated Argenta Plaza