"Saturdays are normally our busiest days. And this spring, was like every day was a Saturday," one nursery manager said. 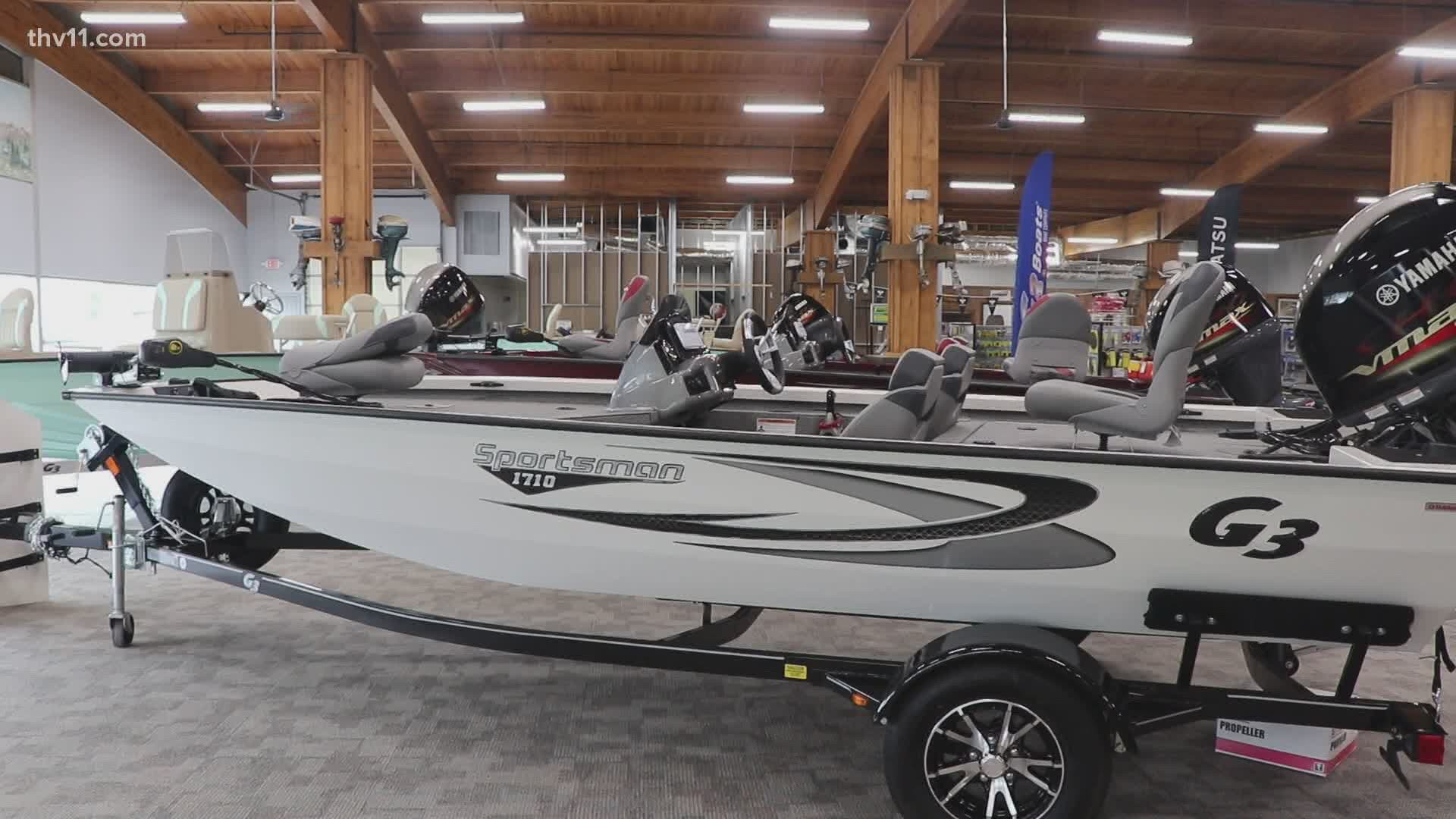 LITTLE ROCK, Ark. — We've told you how so many businesses across the state are struggling right now, and have been for months, because of this pandemic.

But not every industry has taken a hit.

With social distancing at the forefront of everyone's minds and the feeling of summer in the air, nurseries and boat shops in central Arkansas are seeing an increase like never before.

Whether it's cabin fever or the desire to pick up a new skill, Arkansans are turning to activities that hold true to the state's nickname.

Manager Rick Minor, of Cantrell Gardens Nursery in Little Rock, described the last couple of months' sales as "over the top."

"There's so many businesses that are struggling and we just feel very fortunate to be able to do so well in these times," he said.

Minor said this is the best season he's ever had in his 32 years at the nursery.

"Saturdays are normally our busiest days. And this spring, was like every day was a Saturday," he said.

The nursery has seen an increase of 25% in sales overall with vegetables, berries, and fruit tree sales doubling, according to Minor.

"People that have never gardened before are doing it," he said.

This desire to get your hands in the dirt is not unique to just Minor's shop, though.

"I talked to a fella in nursery, another nursery man in Memphis this morning, and he said that anyone in the plant business that didn't have a good year this year probably needs to find another line of work. And I agree with that," he said.

It's not just herbs and seeds that are flying off the shelves. Canoes and boats are also becoming a hot ticket item.

Clayton Ford, who works in sales at Arts Marine and Sports Center in North Little Rock, said their sales "have been through the roof."

"We got a couple gentlemen here that's been here over 40 years, I guess, and they've never seen anything like it as far as sales go," he said.

The boat shop sales are up 50%, according to Ford.

No matter the reasoning, both Minor and Ford hope these newfound hobbies become routine.

"The sky's the limit when it comes to the state of Arkansas. Rivers, lakes, streams, outdoors, parks... we got it all here," Ford said.