Speeding boats have caused problems for people who own business near the Arkansas River. Boaters that violate "no wake zones" can receive a citation of up to $300. 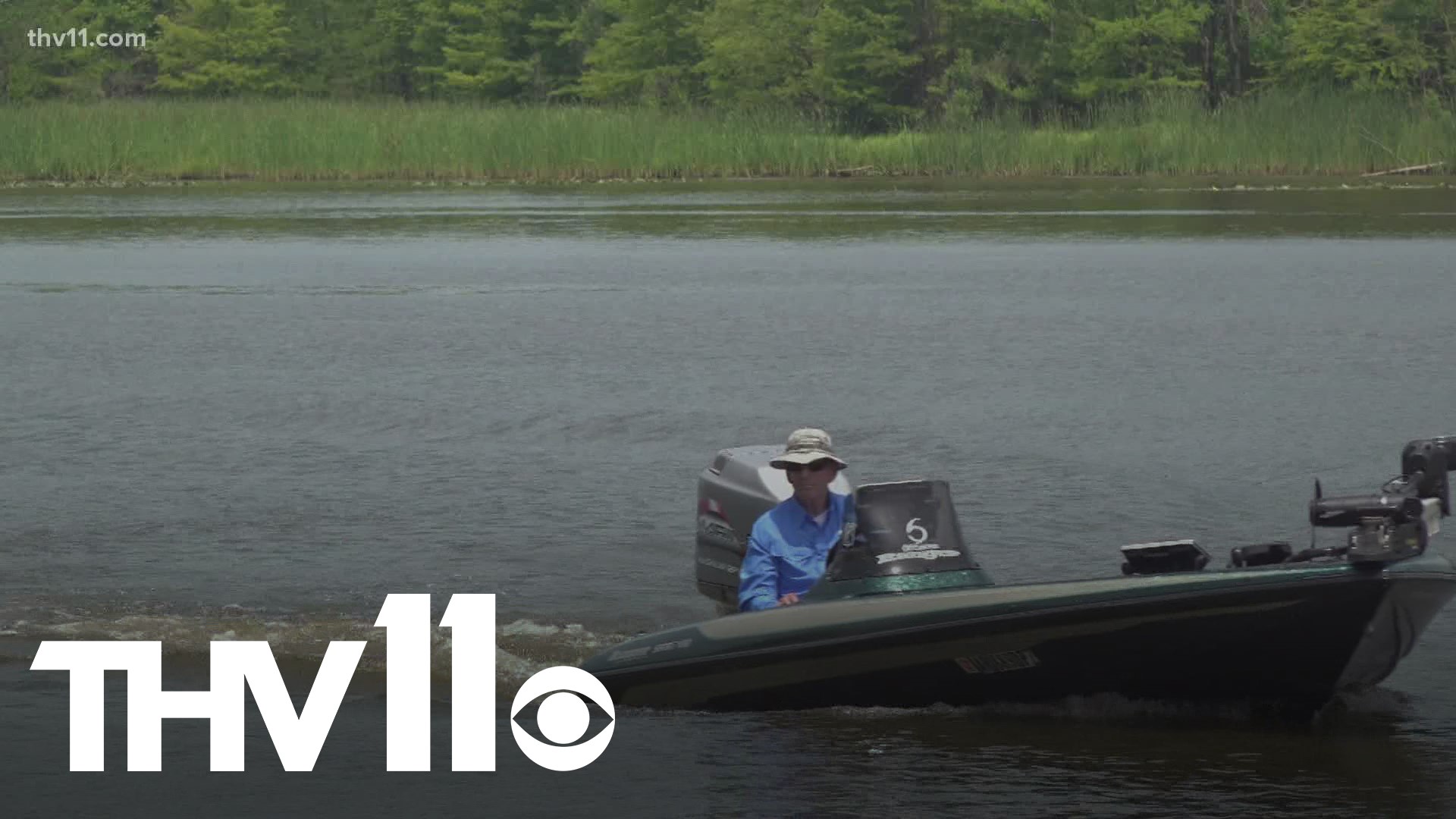 ARKANSAS, USA — For a lot of Arkansans, they are boarding their vessels to beat the heat.

But a big issue for businesses along the Arkansas River are people are who not following the law by driving too fast.

“So mostly right now, we are running into issues of motorboats who are going way too fast,” JoAnn Camp, owner of SUP501, said.

She has been a yoga instructor for seven years and teaches her classes on the Little Maumelle River.

“With paddleboard yoga we are all anchored, usually I have 8 to 12 people out,” Camp said.

She said the waves from the watercrafts that are traveling at a high rate of speed have made things more dangerous because the vessels create ripples in the water.

“I have a lot of friends that do paddle boarding with their dogs and the waves will throw their dog into the water and so it's just safety for everybody out here,” Camp said.

During her sessions, she said it usually happens at least twice, causing she and her class to become scared and confused.

“It's very life-threatening for everyone involved. If they are going too fast and they can't see us, especially at dusk, that can be challenging for both parties,” Camp said.

Joe Huggins, Hunter and Boating Education Coordinator for Arkansas Game and Fish said some areas on lakes and rivers in Arkansas are designated as “no wake” zones.

“And that's where the boat has to slow down to a speed of less than five miles an hour,” Huggins said.

When boaters are within 100 feet of things like other water vessels or objects on the river, he said that operators are required by law to reduce the speed of their craft.

“Those waves can cause property damage. There's usually some type of obstacle around, there might be a recreational area, a swim area,” Huggins said.

A person that is operating a boat is responsible for any damages or personal injuries they may cause.

The Arkansas Game and Fish said they give citations for people who break the “no wake” zones.