On Thursday, May 2, staff at Wild River Country in North Little Rock were dealt a major setback as they prepare for summer. 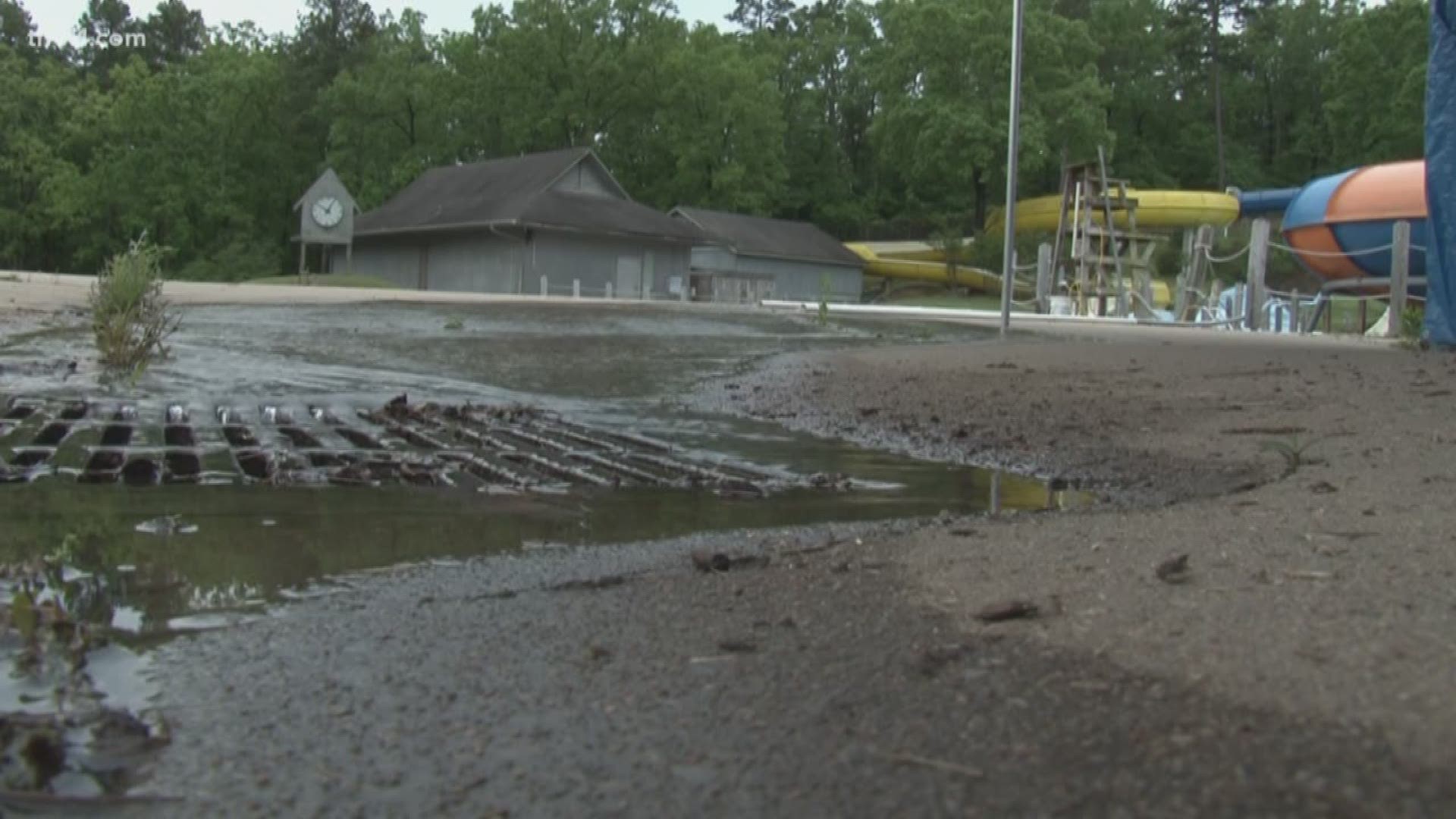 On Thursday, May 2, staff at Wild River Country in North Little Rock were dealt a major setback as they prepare for summer.

Torrential downpours brought floodwater barreling into a section of the water park. Mud and debris filled two of the park’s pools.

“There's too much for us to vacuum out,” park general manager Chris Shillcutt said.

On Friday morning, Shillcutt began the process to drain the affected pools containing a combined 225,000 gallons.

“Money going down the drain; that's what that sound is,” he said as water was pumped from the pools.

Shillcutt believes the flooding is caused by a drainage issue beyond the park’s fence line. He says runoff from a wooded area between the water park and Interstate 430 washed into the park Thursday and has created similar flooding problems in recent history.

“This is our fourth time in three years,” Shillcutt said.

He now wants the Arkansas Department of Transportation to take a look at the area. An ARDOT spokesperson said engineers plan to visit with Shillcutt and assess the situation.

“Hopefully we can come up with a plan to prevent this from happening anymore in the future,” Shillcutt said.

Wild River Country is set to open Memorial Day weekend, and despite this setback, Shillcutt expects it will open on-time.