"When we go out and try to get people to give us money, we'll be able to say things that they believe because they're true," Bill Clinton said. 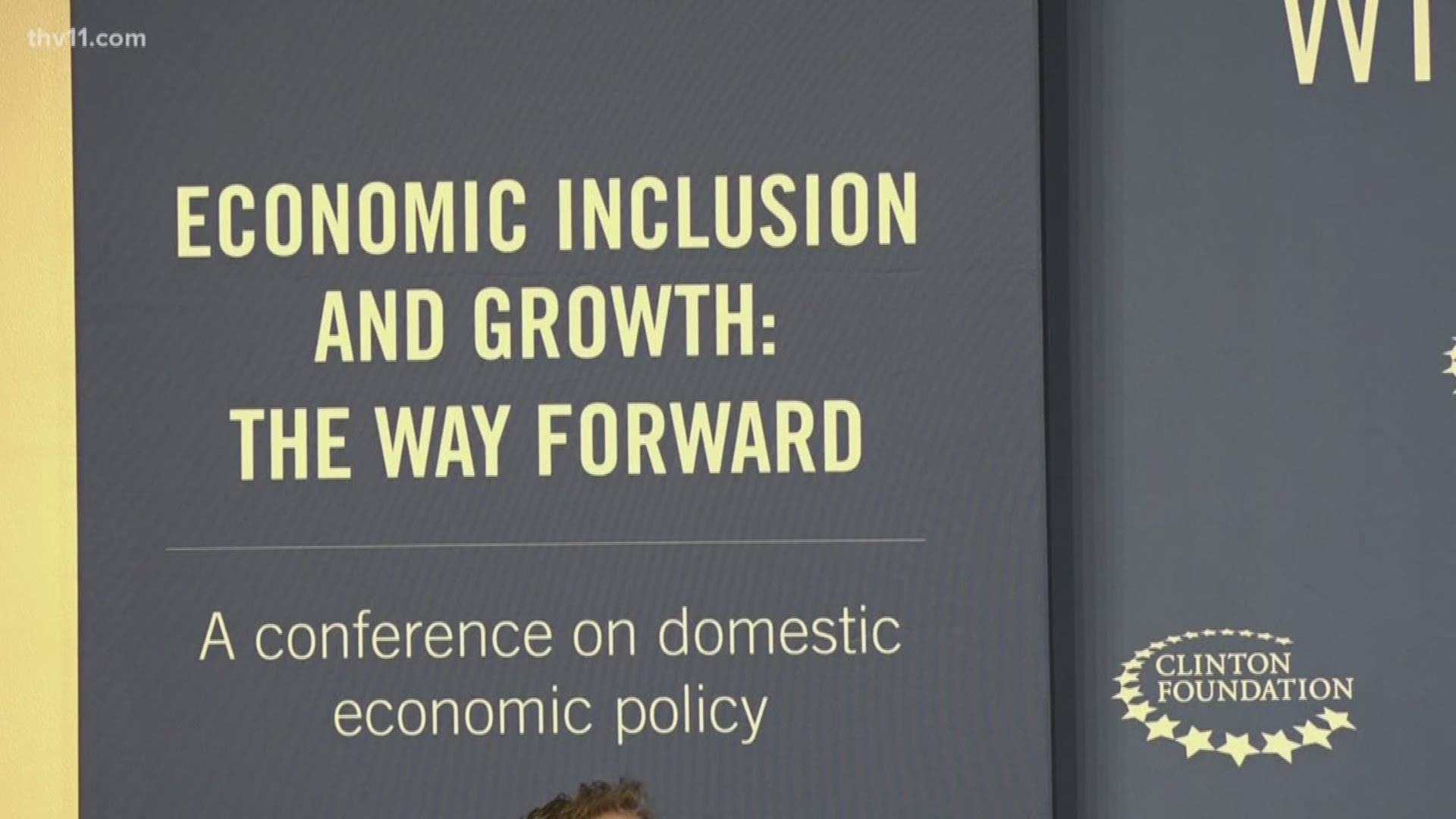 "There are a lot of people doing important work," the former President said at the end of the day-long conference held at the Clinton Presidential Library.

While neither of the Clintons fully embraced the title of progressive, they both took the day to point to progress made thanks to Clinton era ideas.

"Use these five minutes or so that each of you has to really address this group about what's worked, what doesn't work, what we can do more of," said former Sec. Clinton, while moderating a panel on supporting under-served communities.

Many of the financiers came from what are called Community Development Finance Institutions.

The former President pushed the concept through Congress in 1994. Twenty-five years later, they have created a class of socially conscious capital investors.

Clinton era colleagues talked about cities and rural areas while leading or participating in other forums.

The Cisneros group touched on the importance of education, including the hotly debated role of charter schools and universal Pre-K.

"The charter school experiment has been successful in many places," said Joe Neri, the CEO of Detroit-based real estate developer IFF. "It's not the only answer, but it's part of the answer, and CDFIs were the original financiers of charter schools."

Bill Clinton closed the day by focusing participants to continue to develop CDFI's while staying comfortable speaking the language of modern finance.

"When we go out and try to get people to give us money, we'll be able to say things that they believe because they're true," he said.