In one day, the former governor said he received six phone calls from various scam artists, all trying to obtain his social security information. 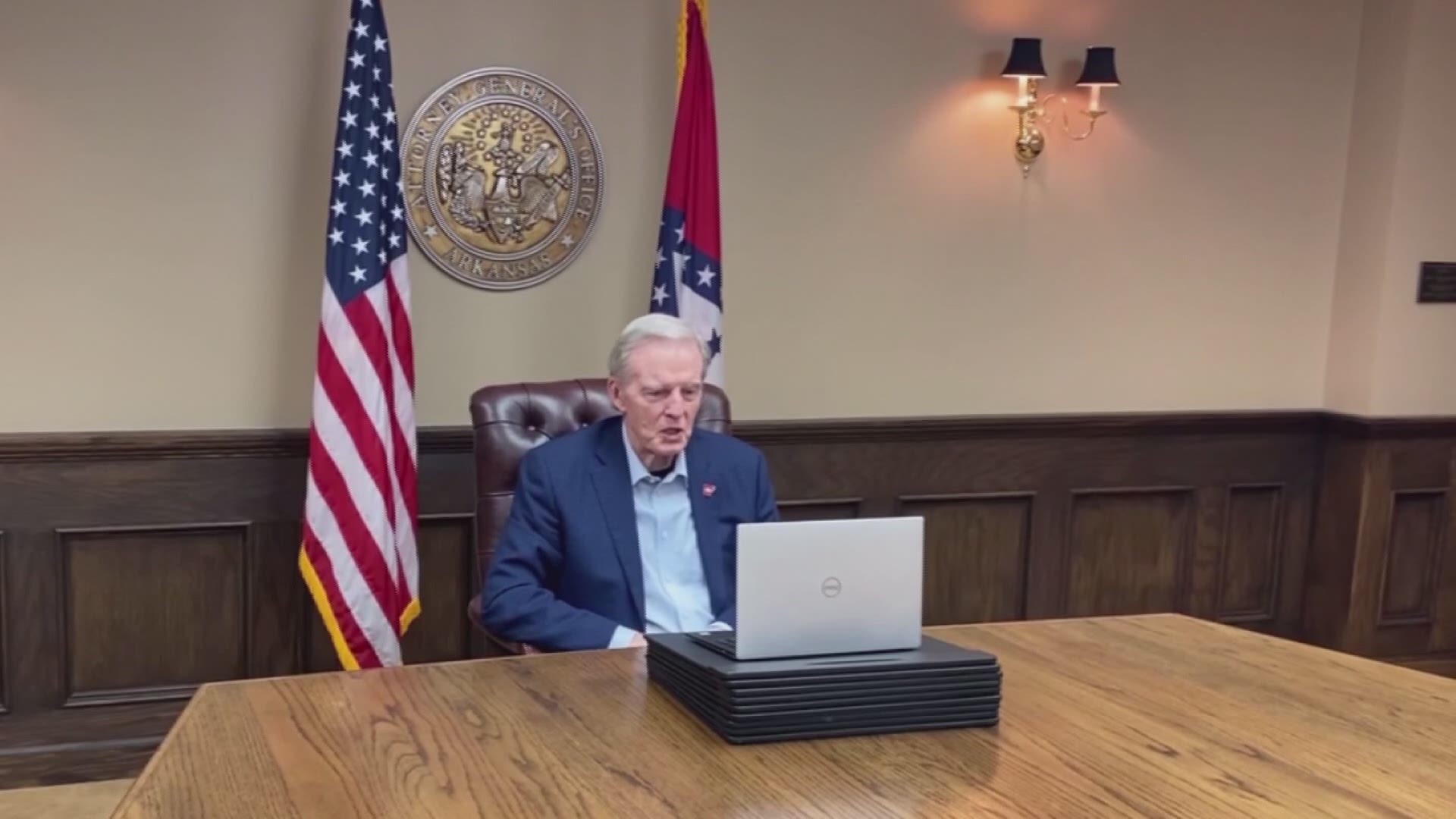 LITTLE ROCK, Ark. — Former Arkansas Governor Jim Guy Tucker has a serious message for Arkansans after he said he's been harassed by scam artists in the last few days.

"I have a particular anger towards someone when I receive a phone call from someone trying to take advantage of social security,” said former Governor Tucker.

Scammers are out in full force, targeting our state's elderly population while many are homebound during the COVID-19 pandemic.

In one day, Gov. Tucker said he received six calls from different scam artists, but all with the same goal: trying to convince him to hand over his social security information.

"They were seeking out to tell me that my social security number was being used to commit a crime,” said Tucker.

While serving in Congress, Tucker was a part of the Social Security sub-committee, an experience that continued into his term as the attorney general. And in 1992, he worked to combat scammers as governor.

"I think this is one of the reasons why I’m particularly deeply scared when I see someone try to use the social security system to scam people because I know how heavily people in this state depend upon it,” said Tucker.

"We have already received 800+ phone calls about this particular scam in the month of October alone,” said Rutledge.

General Rutledge said it's important for us to become educators by reaching out to our loved ones, especially the most vulnerable, to make them aware of these scams.

"We want you to contact us. We want to do the fighting for you, but the biggest way we can fight these types of scams is through education,” said Rutledge.

It’s simple. If someone calls you and identifies themselves as social security, hang up.

Rutledge reminds Arkansans the Social Security Administration will never call, text, or email you asking for your social security number.

You can file a scam complaint by contacting the AG's office.