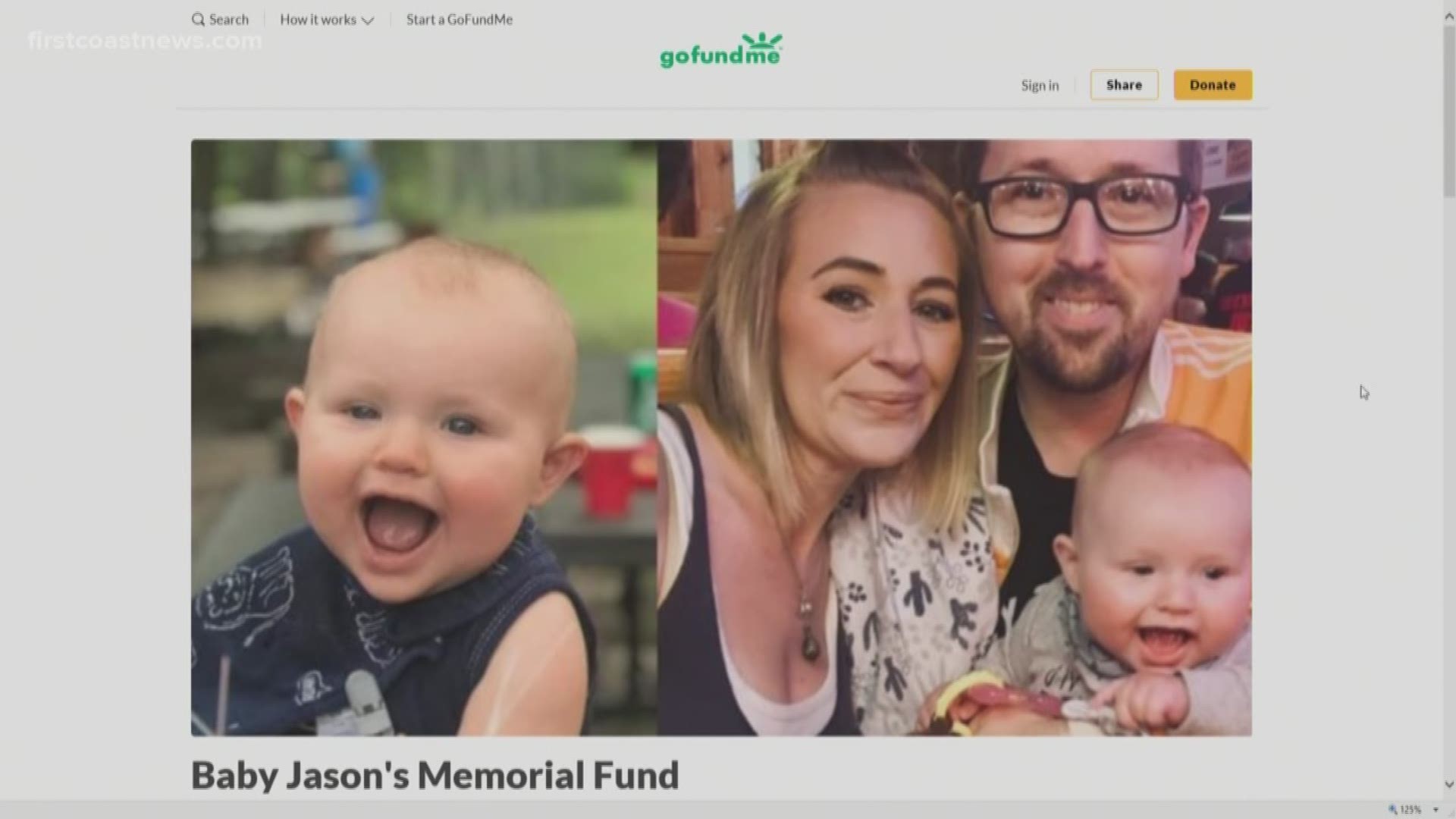 A GoFundMe account was set up for the family of the 13-month-old boy who died on Tuesday following a nap at a Jacksonville daycare.

Happy Acres Ranch posted the link on its Facebook page on Friday, identifying the baby as Jason Joshua Allen. The page says he just celebrated his first birthday.

The Jacksonville Sheriff's Office was called out to the daycare, located at 7117 Crane Ave., on Tuesday around 2:30 p.m. in reference to an unresponsive child. When first responders arrived, they found the boy in medical distress. He was transported to the hospital where he later died.

Police spokesperson Sgt. Steve Rudlaff said he was put down for a nap at around 12:30 p.m., but when staff went to check on him at around 2:30 p.m., he was unresponsive.

Police do not know what caused his death but do not suspect foul play.

According to the GoFundMe has a $25,000 goal to help Allen's family with funeral costs, bills and living expenses.