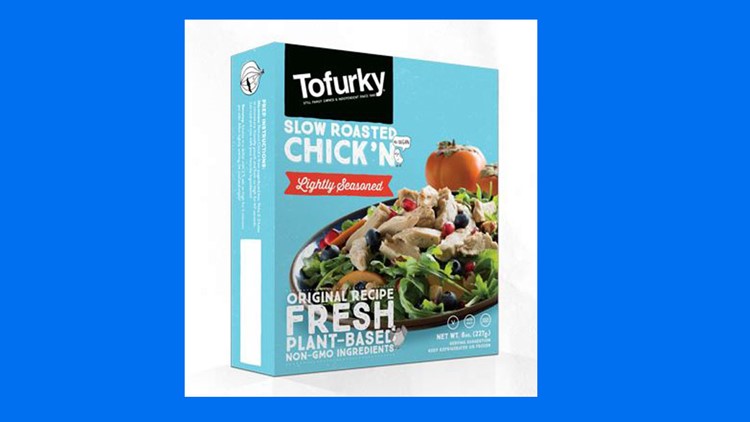 Photo by: Rollins, Michael
Hood River, Oregon's Tofurky Inc. has filed suit against the state of Missouri over a new law in that state that defines meat terminology.

JEFFERSON CITY, Mo. — Vegetarian food-maker Tofurky filed a lawsuit in Missouri on Monday seeking to defend its right to describe its products with meat terminology such as “sausage” and “hot dogs,” as long as the packaging makes clear what the ingredients are.

Tofurky's main ingredient is the the first two syllables of its name -- tofu.

The Hood River, Oregon-based company and The Good Food Institute, an advocacy and lobbying group for meat alternatives, say a Missouri law set to take effect Tuesday that bars companies from “misrepresenting” products as meat if they’re not from “harvested livestock or poultry” is too vague and could be used to go after a range of vegetarian products that use such terminology. Tofurky says if the law is allowed to stand, it would have to change its packaging.

Tofurky says that the state has received no complaints about consumers befuddled by the term “plant-based meats” and that preventing manufacturers from using the word is a violation of their First Amendment rights. Plus, it pointed out, "meat" also refers to the edible part of nuts and fruit.

The Missouri Cattlemen’s Association, which supported the statute, said its concern isn’t with products like Tofurky that make clear they’re from plants. Mike Deering, the group’s executive vice president, said the worry is the emerging science of meat grown by culturing animal cells in a lab, and whether they’ll disclose how they were made once they’re on the market.

As companies push newer meat substitutes, the National Cattlemen’s Beef Association has also said protecting “beef nomenclature” is a priority. The U.S. Cattlemen’s Association, a smaller group, petitioned the U.S. Department of Agriculture in February to enforce that “beef” and “meat” only be used for animals “born, raised and harvested in the traditional manner.”

Mary Compton, a spokeswoman for Missouri Attorney General Josh Hawley, said her office will defend the law against Tofurky’s challenge.